NCAA to rule on Syracuse 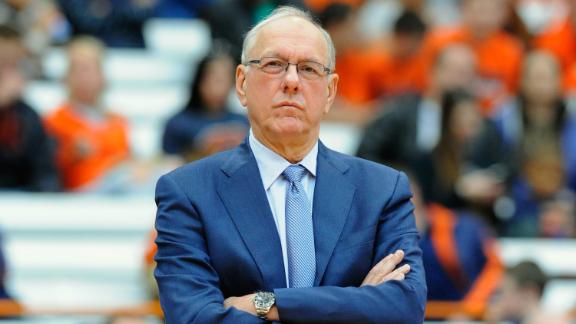 Syracuse Universitywill learn the result of the NCAA's multiyear investigation into its athletic programs on Friday afternoon.

The NCAA finished its 10-year investigation into Syracuse athletics in late October 2014. Basketball coach Jim Boeheim and football coach Scott Shafer were among the school officials to appear before the NCAA's Committee on Infractions.

The school initiated the case, which includes academics, when it self-reported potential athletic department violations to the NCAA in 2007.

In an effort to be proactive, Syracuse self-imposed a postseason ban on the men's basketball team for this season in February.

In 2012, Syracuse declared former center Fab Melo ineligible for the NCAA tournament days before it started. Melo also missed three Big East games during the season because of an academic issue. Early in the 2012-13 season, former forward James Southerland sat out six games for an academic issue but helped lead the Orange to the Final Four.

In March 2012, school officials said the university had self-reported possible violations of its internal drug policy by former members of the team and that the NCAA was investigating. No members of that team were involved.

"We have taken responsibility for past violations and worked hard to ensure they are not repeated," university chancellor Kent Syverud said in a release. "I am disappointed for our current men's basketball players who must shoulder this postseason ban. I also recognize that not participating in postseason play will be disappointing for many in the University community and to all Orange supporters."