WTVD
By Mark Armstrong
DURHAM, N.C. (WTVD) -- CJ Keyser scored a team-high 23 points but it was NC Central's defense that won the night in Durham on Monday as the Eagles rallied to beat Norfolk State 69-63.

Down 15 points with 15 minutes to go, the Eagles closed on a 33-14 run to overwhelm the Spartans.

The decisive stretch? From 9:01 of the second half to the 54-second mark, NCCU did not allow the Spartans a single point. Not one. Thanks to that suffocating defense, they turned a 10 point deficit into a 6 point lead.

Clutch plays by Jibri Blount (12 points and 10 rebounds) and Deven Palmer (13 points) were key in the victory.

"It's huge. It shows the type of character we have. It shows the intestinal fortitude these guys have. We got punched in the mouth and we had to go to an alternate plan. We had a chance to see adversity firsthand, and they had to respond on national television."

The win moves NC Central into a 2nd place tie with Norfolk State in the conference standings. The Eagles are now 6-2 in MEAC play, trailing only first place North Carolina A&T, who sits at 8-1. The arch-rivals will meet for the first time this season on February 17 in Greensboro.
Report a correction or typo
Related topics:
sportsdurhamcollege basketballnccu basketballnccu
Copyright © 2020 WTVD-TV. All Rights Reserved.
NCCU BASKETBALL NCCU coach Moton shares his own harrowing run-in with police 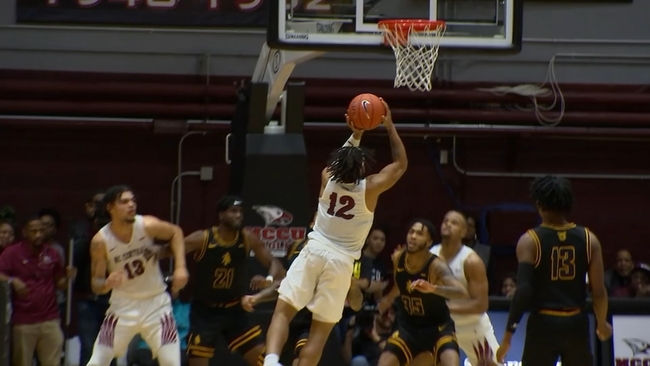 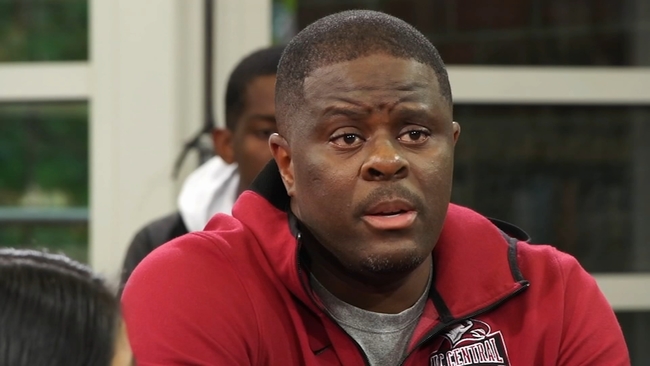