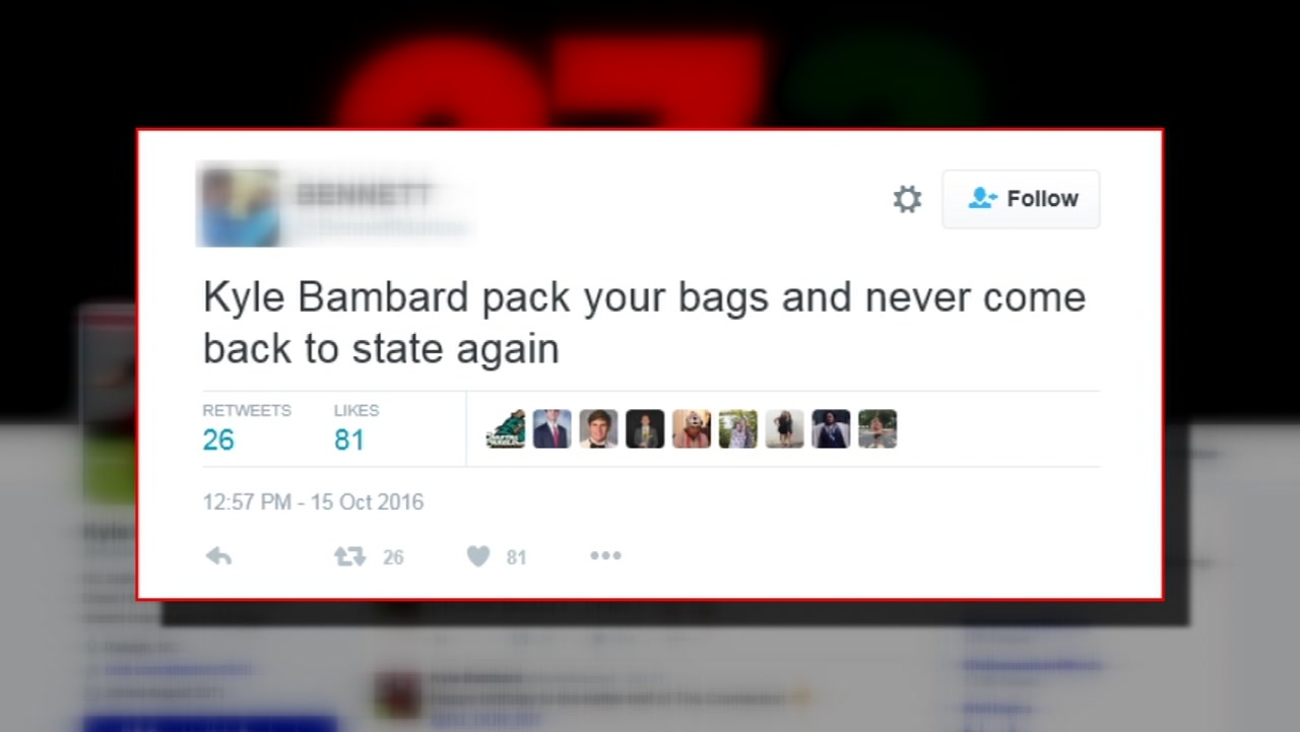 WTVD
By Andrea Blanford
RALEIGH (WTVD) -- Wolfpack Nation is changing its tune ahead of this weekend's away football game in Louisville, following an onslaught of negative and even threatening comments toward NC State kicker Kyle Bambard for a missed field goal against Clemson last Saturday.

The 33-yard field goal that went wide right at the end of regulation had Clemson fans roaring in Death Valley, sending the game into overtime with an eventual win for the Tigers, 24-17.

Bambard took a lashing on social media with NC State fans demanding in profanity-laced tirades the student-athlete pack his bags; at least one going so far as to issue a death threat on Twitter and call for the sophomore to end his own life.

On campus, students are condemning the hate spewed online.

"It's a shame," said NCSU senior Davis Stevens. "He's somebody's son. If I was in his position, I'd be scared to leave my house."

"I imagine he wouldn't even feel safe walking around campus," said Sophie Kenny, NCSU sophomore. "You don't want to hinder someone's ability to come to college to learn because that's what you're really here for."

"No one feels worse than Kyle, I'll tell you that," he said. "I told him he's gonna have his chance to redeem himself and he's just gotta stay positive and work on what he can work on to get it right."

Even Bambard's ACC rival, UNC kicker Nick Weiler, made a point to encourage Bambard. Weiler, who understands the pressure of their unique position, tweeted a Teddy Roosevelt quote about The Man in the Arena, helping to silence those who've only tried to shame.

"This is what sports is about," said Abdullah Alfadhil, NCSU freshman.

"At the end of the day, we gotta support each other," Kenny said.