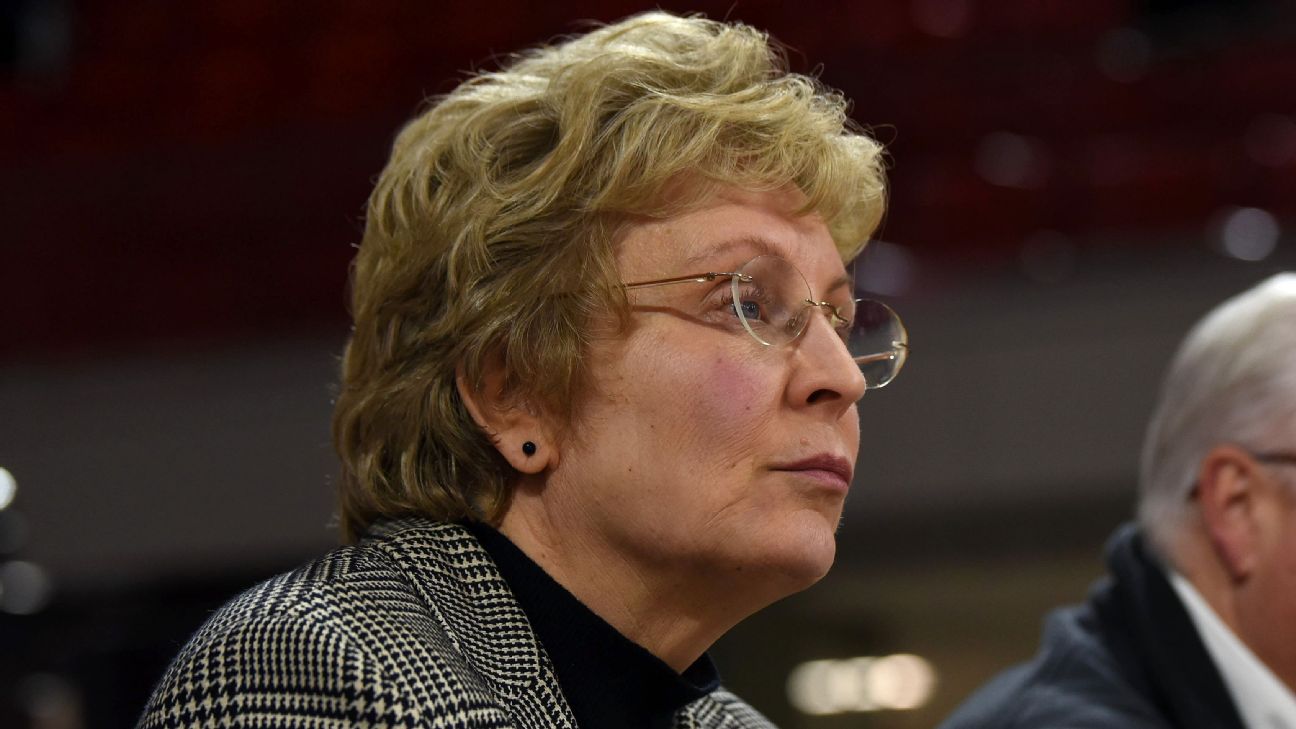 ESPN
NC State athletic director Debbie Yow said she was "disappointed" that the Wolfpack's "total body of work was not rewarded" with a spot in the NCAA tournament despite its lofty rankings in the computer metrics that the selection committee used to evaluate teams.

Of all the teams who missed out on the NCAA tournament field, NC State had the highest NET ranking at 33. The NCAA introduced the NET ranking this season to replace the RPI as a more analytical system that incorporated factors such as game results, strength of schedule, game location, scoring margin and net efficiency at both ends of the court.

Yet NC State -- as well as fellow ACC team Clemson at 35 -- was left out despite having a superior NET ranking than the last four at-large team who will play in the First Four in Dayton, Ohio, on Tuesday and Wednesday.Belmont's NET ranking was 47, Temple's 56, Arizona State's 63 and St. John's 73.

"Based on the metrics [cited] above that the NCAA indicated they would use to evaluate team performance, we are disappointed for our athletes, coaches and fans that our total body of work was not rewarded with selection to the NCAA Tournament."

Selection committee chair Bernard Muir told ESPN that a team's specific NET ranking was not intended to be the determining factor in the committee's choices.

"So the NET is just a sorting tool, it's one tool of many that we have. Also, obviously we're watching a lot of games, and that enters into the discussion as well," Muir said. "We were pleased on how the NET performed, but we're not just going down the list one by one. ... We're truly trying to evaluate full body of work, which is committee-speak, and at the same token make decisions who's the best team that belongs among the 36 at-larges."

However, speaking after the selection show on CBS, Muir said the committee examined how well teams did against opponents in the NET rankings' top quadrant. He noted that a team like Belmont, which went 2-2 against Quadrant 1 teams, was looked upon more favorably than a team like NC State, which went 3-9 against Quadrant 1 opponents, and therefore did not make the most of having more opportunities for Quadrant 1 wins.

That methodology also might have doomed Alabama, which was just 3-10 against Quadrant 1 opponents, though coach Avery Johnson admitted his team fell short of deserving a spot.

"We don't have anyone else to blame," Johnson said. "We're playing in the NIT because we just weren't good enough during the regular season, and we weren't consistent enough."

The NCAA said UNC Greensboro was in the field of 68 until Oregon won the Pac-12 tournament on Saturday night to earn an automatic bid. But UNCG coach Wes Miller took little solace in knowing how close his Spartans came to being the first Southern Conference team to ever earn an at-large bid.

"It's been an emotional couple of hours," Miller said. "Obviously, we felt like we deserved to be in the tournament. We felt like we were good enough. To find out that you don't get in is heartbreaking, and to find out that you were one spot away, maybe one day that'll be something that makes it feel a little better, but right now it makes it feel a little bit worse." 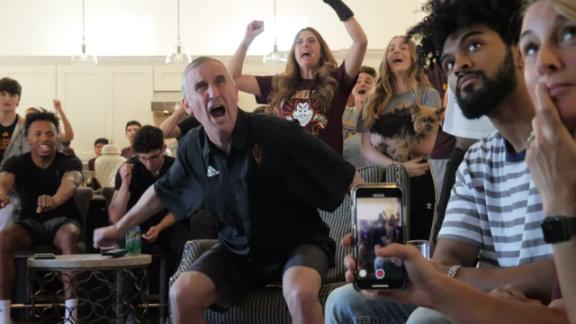 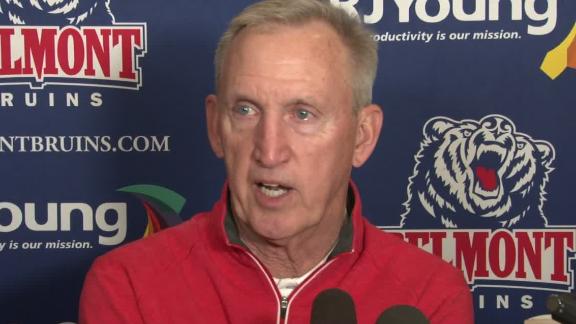 Belmont coach emotional after being elected to the tournament
Belmont head coach Rick Byrd struggles to hold back the tears when describing how proud he is of his team on making the NCAA tournament. 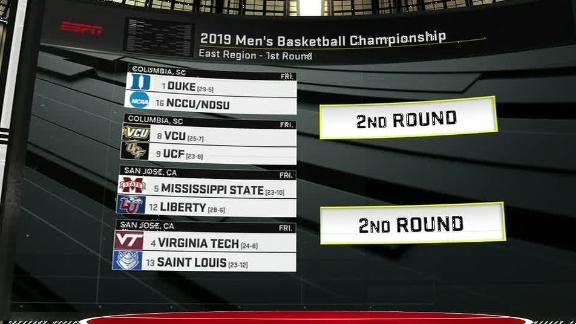 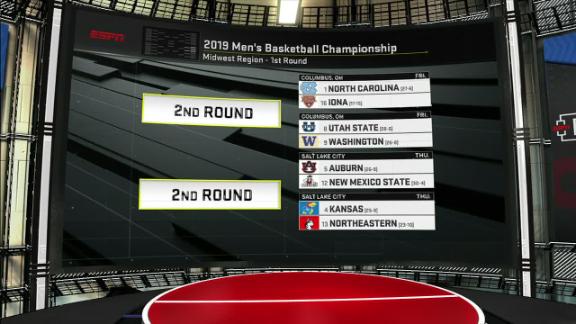 North Carolina, Kentucky lead the way in Midwest
North Carolina and Kentucky get the top seeds in the Midwest Region. Kansas checks in as the No. 4 seed in this region. 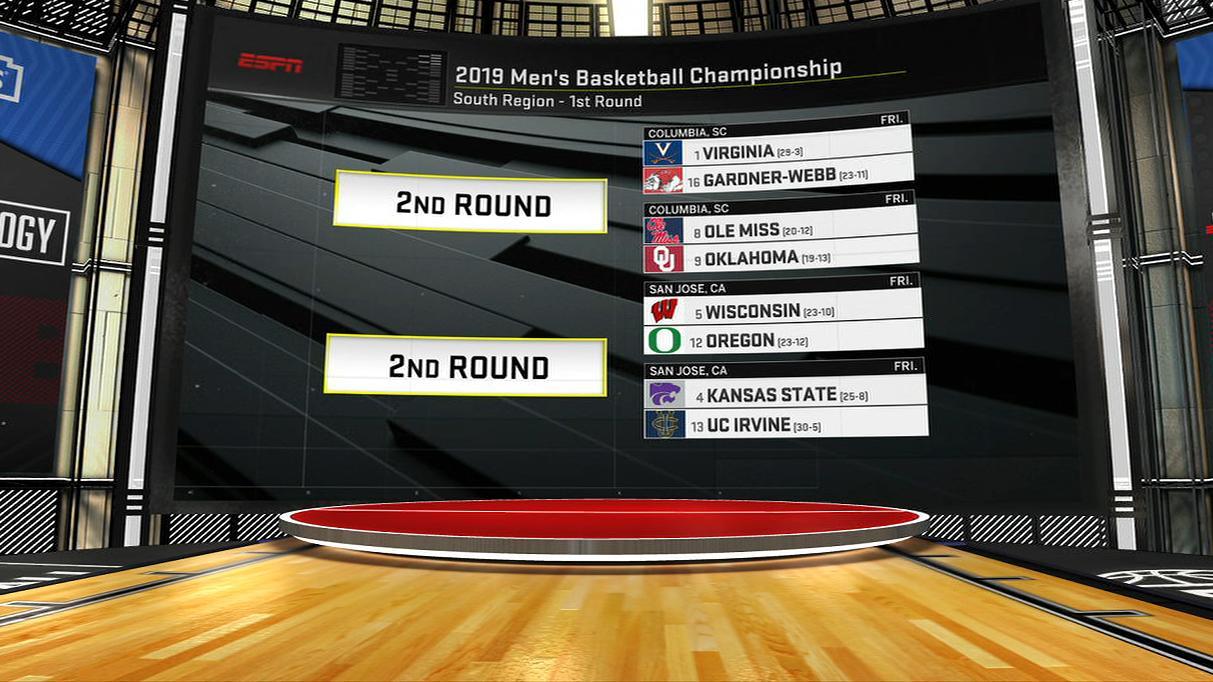 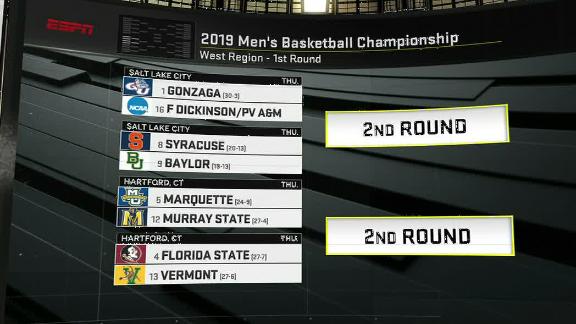