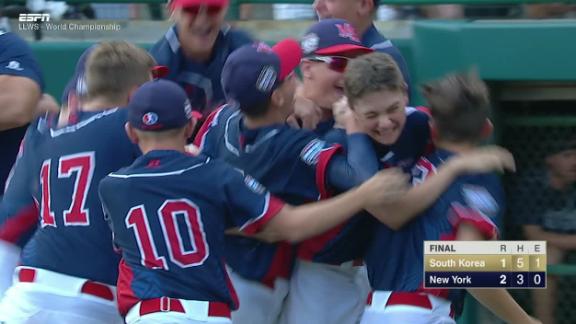 Endwell became the first U.S. winner since Huntingdon Beach, California, in 2011, and gave New York its first championship since 1964.

Conner Rush had the New York team's only RBI to give Endwell a lead it wouldn't relinquish in the bottom of the fourth. Harlost (2-0) scored the deciding run on a passed ball a batter later.

Junho Jeong (1-2) gave up two runs on four hits and struck out nine for South Korea. He threw 3 1/3 innings of no-hit ball before Jude Abbadessa broke through in the fourth.

Yoomin Lee homered for the Asia-Pacific champs from Seoul, but struck out with runners on first and second to end the game. 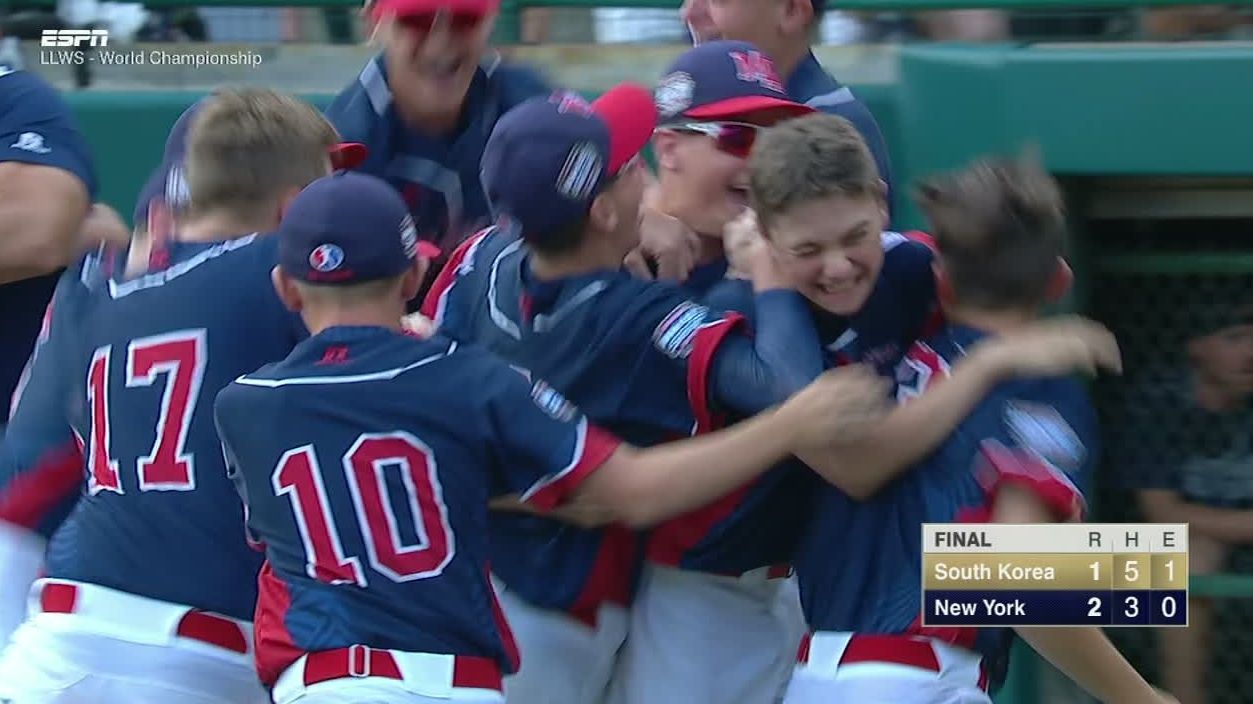