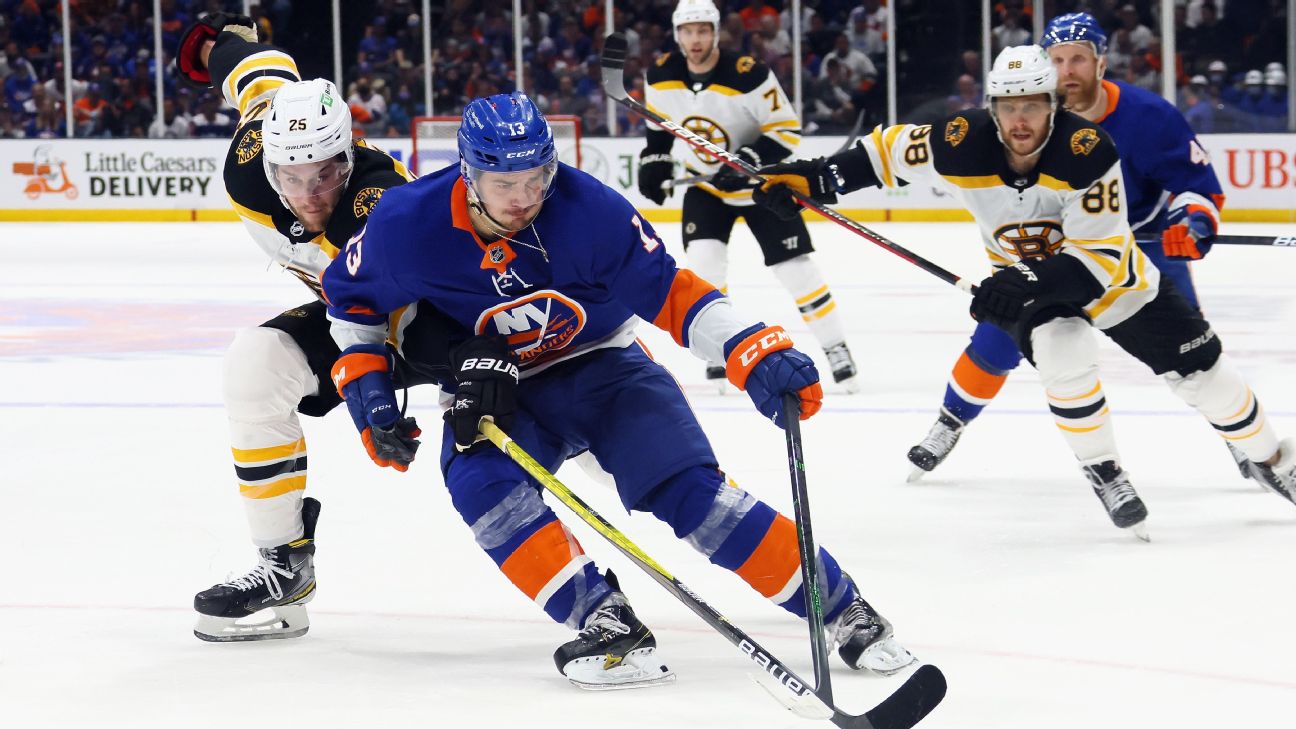 The Tampa Bay Lightning and New York Islanders both suffered overtime losses in Game 3 on home ice. Both will look to respond in Game 4, with the Bolts seeking a stranglehold on their series with the Carolina Hurricanes, and the Isles looking to make it a best-of-three against the Boston Bruins.

The Hurricanes stayed alive in Game 3, winning in overtime to cut the Lightning's series lead. Still, Tampa is 12-3 in series all time (.800) when they get out to a 2-1 lead. "As much as we always stay positive with our approach and what we liked about our game, we've got a veteran group that understands we can take criticism and know that as the series goes on, those mistakes or miscues or plays you want back, those could be the difference going forward," said Tampa Bay defenseman Ryan McDonagh.

The Bruins skated out of Nassau Coliseum with an overtime win in Game 3, meaning that it's mathematically possible that Game 4 could be the final Islanders game played at Nassau Coliseum. Coach Barry Trotz said to expect an intense game on Saturday night. "If I wasn't coaching I'd be glued to the TV every night because this is a hell of a series right now," he said. "It's a physical, determined series by both teams. A Saturday night crowd at the Coliseum, Boston Bruins-New York Islanders, it doesn't get much better than that."

As NHL games go, this was ... certainly one of them. Carey Price made 30 saves and Tyler Toffoli scored short-handed to put Montreal up 2-0 in their series. With star center Mark Scheifele serving the first game of his four-game suspension, the Jets weren't able to generate much against Montreal, who held the advantage in scoring chances (plus-2) and high-danger shot attempts (plus-5) for the game at 5-on-5. "The guys did a great job in front; it was a pretty complete team effort tonight," Price said. "We're playing well on both sides of the puck. We're just making smart decisions." Full recap

The Golden Knights needed this win and they got it. Jonathan Marchessault and Max Pacioretty scored 45 seconds apart in the third period to rally Vegas past Colorado. Marc-Andre Fleury made just 18 saves for the Golden Knights, while Philipp Grubauer faced 43 shots for the Avalanche, who were outshot 14-3 in the first period. "Obviously we're down 2-1 but we were the better team tonight," said Marchessault, and he wasn't wrong. Full recap

The Vegas forward tipped home Nick Holden's shot at 15:27 of the third period for the game winner against Colorado. He earned this one: Pacioretty had eight shots on goal and 14 shot attempts for the game.


Price posted his eighth career postseason shutout, which ranks him fourth among active goaltenders. The Canadiens goalie now has a .935 save percentage and a 2.08 goals-against average this postseason.

While he wasn't flawless -- he'd like that Marchessault goal back, for sure -- the Avalanche goalie was their best player in Game 3, making 40 saves.

"Go ahead and check the numbers on our top guys tonight. See what they did compared to their top guys. It's not close."

-- Colorado Avalanche coach Jared Bednar, calling out his top line in a contentious news conference after the Game 3.

Fans of the day

An announced crowd of 17,504 packed T-Mobile Arena, as the Golden Knights moved to 100% capacity. Mark Stone said his ears started ringing after Vegas scored its third goal. You love to hear it. 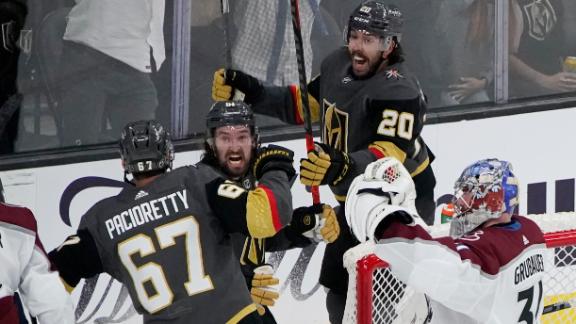 Golden Knights score two goals in 45 seconds in Game 3 win
Jonathan Marchessault and Max Pacioretty both score within a minute of each other to snag Vegas the lead and the eventual Game 3 win. 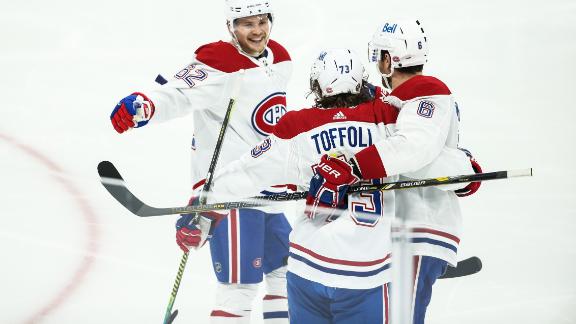