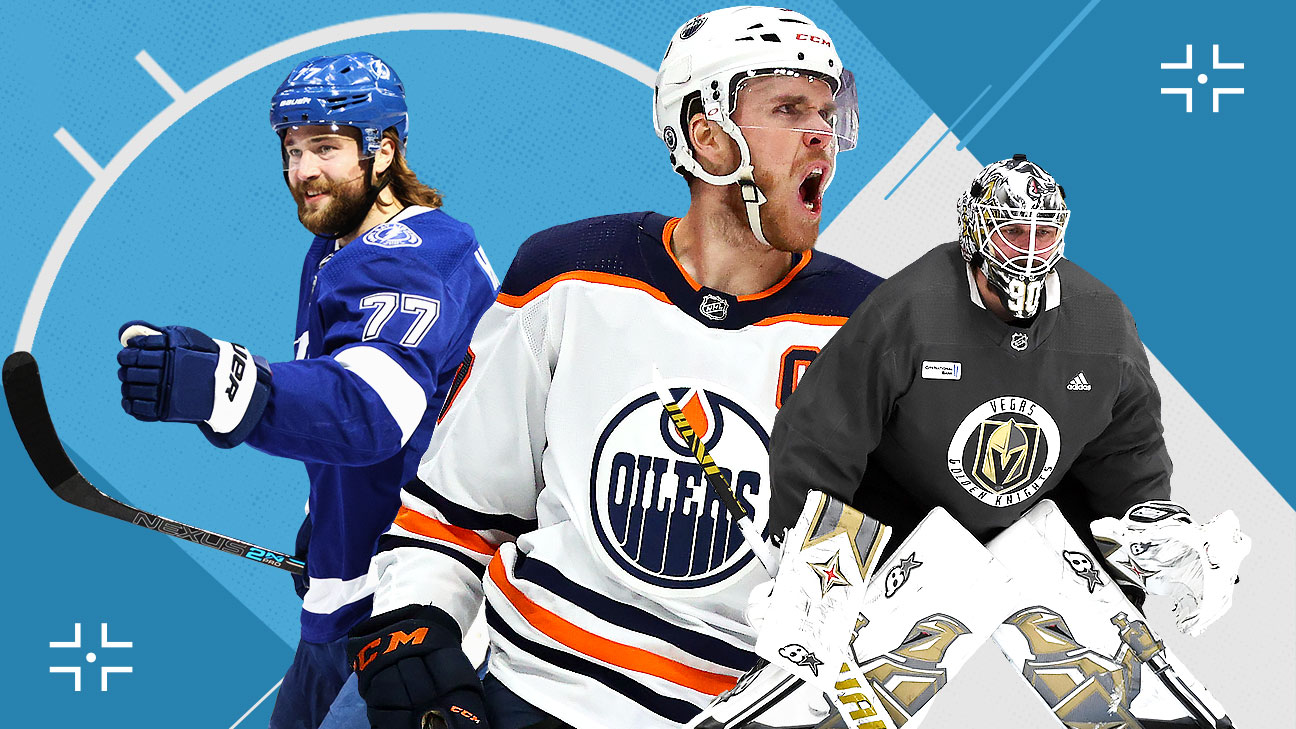 Welcome to the dead of the offseason. The NHL awarded a Stanley Cup in September after a most unusual 2019-20 season, and the league is hoping to get back on track in January. While GMs have been faced with several challenges -- including managing a flat salary cap, preparing for next season's uncertainty as well as the 2021 expansion draft -- they have stayed busy, with plenty of roster maneuvering.

For this week's Power Rankings, we identified our favorite move each team made this offseason.


How we rank: The ESPN hockey editorial staff submits selections ranking teams 1-31 -- taking into account past results and offseason additions -- and those results are tabulated in the list featured here. Stanley Cup odds are courtesy of William Hill.

Giving Patrick Maroon a two-year deal. Big Rig didn't get the interest he expected when he was a free agent in 2018 and 2019. But after winning back-to-back Stanley Cups with two different franchises, the fourth-liner finally gets the extra year of security he coveted.

Once again, Joe Sakic was a star of free agency, fleecing his fellow GMs left and right with trades that make the Avalanche an even better team. Acquiring Brandon Saad (while having the Blackhawks still retain $1 million) was a good piece of business, but taking advantage of the cap-strapped Isles to land defenseman Devon Toews was even better.

It may not have unfolded exactly as the Golden Knights imagined -- and it sure is a burden on the salary cap -- but Vegas will enter the season with the best goalie tandem in the league with Marc-Andre Fleury and Robin Lehner, after not trading the former, and re-signing the latter to a five-year deal. Given the expected condensed schedule, with plenty of back-to-backs, that's a huge advantage.

It was nice to see career backup Anton Khudobin get a three-year contract, the first time he has been given that much security since his entry-level deal. But the Stars did their best work signing a trio of young forwards (Roope Hintz, Denis Gurianov and Radek Faksa) to reasonable contracts, ranging from $2.5 million to $3.25 million per year.

Signing Craig Smith for three years, at $3.1 million per year. The Bruins have been looking for more secondary scoring and improved 5-on-5 production. Smith should fit in like a glove on the third line with solid two-way play, and this is a slight distraction from the bungling of the Torey Krug situation.

We know Lou Lamoriello's offseason is not done until he signs Mathew Barzal to a new contract. While operating tight against the cap has led to some casualties (namely trading Devon Toews to Colorado) the best move so far was signing Ryan Pulock, an ascending star defenseman, to a two-year, $5 million deal.

The signing of Henrik Lundqvist to a bargain one-year, $1.5 million deal was genius on several levels. From an on-ice perspective, it gives the Caps much-needed assurance as they transition to 23-year-old Ilya Samsonov as the starter. Expect Samsonov and Lundqvist to serve as a 1A-1B, setting up a healthy competition to be the playoff starter.

The Flyers haven't done much this offseason, hoping to reap the rewards of a well-built prospect system that has finally materialized. Philly did add offensively minded defenseman Erik Gustafsson, who should help quarterback a dreadful power play (which scored on just four of 52 opportunities in the postseason).

GM Doug Armstrong acted stealthily this offseason. Few people expected the Blues to be in on Torey Krug -- including Krug himself. Adding the 29-year-old Krugnot only fills the void left by Alex Pietrangelo on the top defensive pairing, but he should be a good cultural fit in the locker room, adding hunger the team lacked after winning the Stanley Cup in 2019.

While we would have loved to see Carolina take a swing at a goaltender, especially with a market so flush, the Hurricanes mostly stayed the course. An underrated move was inking longtime Ranger Jesper Fast, a gritty defensive-minded forward who will replace Justin Williams in the lineup.

GM Kyle Dubas appeared to do some soul searching this offseason, trying to add players with character and toughness to the locker room. Who better to set a new culture than Joe Thornton? The 41-year-old is returning for a 23rd NHL season, beyond thirsty for the one thing that has eluded him in his NHL career: a Stanley Cup.

Once again, Jim Rutherford is hacking away at his roster, hoping to find chemistry that can propel Sidney Crosby and Evgeni Malkin to one more Stanley Cup run. The GM made an addition via subtraction when he swallowed his pride and bought out Jack Johnson's contract; the veteran simply wasn't performing up to expectations.

The Blue Jackets cleared cap space and were ready to make moves. While they didn't necessarily make any huge splashes, acquiring two centers (Max Domi and Mikko Koivu) to bolster their depth behind Pierre-Luc Dubois was one of the best things Jarmo Kekalainen could have done to improve his offense.

The Canucks lost a lot this offseason: Jacob Markstrom, Troy Stecher, Tyler Toffoli, Chris Tanev. We do like two of their additions, former Capitals teammates Nate Schmidt and Braden Holtby. Both come to Vancouver with a chip on their shoulder and should help this team defensively.

GM Marc Bergevin was busy this offseason, and the expectation for the Canadiens is now playoffs or bust. While Jake Allen, Josh Anderson and Joel Edmundson all make the Habs better, the signing of Tyler Toffoli (four years, $4.25 million per year, no trade protection) was the biggest coup.

The Flames have been looking for a reliable, long-term answer in net ever since Miikka Kiprusoff retired in 2013. Calgary finally feels like it has its answer in Jacob Markstrom. While the six-year term and full no-movement clauses are rich, the Flames beat out two divisional rivals for his services: the Canucks and Oilers.

The Oilers took a flier on Kyle Turris and made amends with Jesse Puljujarvi, but their most impactful summer move was bringing in Tyson Barrie as a puck-moving defenseman, which should make the power play extra dangerous. Oh, and he took less money and term to sign in Edmonton than other reported offers, which enhances this win.

The great blue-line turnover of 2019 has been well documented, and with some time to prepare, GM Kevin Cheveldayoff has his defensive group in much better shape. Cheveldayoff made a series of low-key but solid signings on defense, including retaining Dylan DeMelo to play on the top pairing and adding Derek Forbort for the third pairing.

New York lucked into the No. 1 lottery pick, and didn't overthink it, selecting NHL-ready winger Alexis Lafreniere, a future face of the franchise. The Rangers engineered their rebuild in record time. While there is only one player remaining from the 2014 Stanley Cup Final team (Chris Kreider), the Rangers are almost ready to contend again.

You can't talk about the Sabres' offseason and not gawk at the fact thatthey landed the biggest forward available this summer: Taylor Hall. Though it's only a one-year deal, the move should reinvigorate a frustrated fan base, and perhaps appease star center Jack Eichel, who is at the risk of being disgruntled should the Sabres have another woeful season.

The Predators' offseason was all about adding toughness and opening up some roster spots for young players. Nashville said goodbye to Nick Bonino (expiring contract in 2021) in a trade for Luke Kunin, a 2016 first-rounder just hitting his stride. It was a low-risk move, with potentially a very high reward.

The Coyotes are hoping that new GM Bill Armstrong will clean up a lot of previous mistakes and get them on the right path going forward. While Arizona entertained the idea of trading goaltender Darcy Kuemper, it's good that he is sticking around. He can single-handedly keep Arizona in games, as we saw this postseason.

Hiring Bill Zito as GM was the Panthers' best move of the offseason, as it gives them a clear vision going forward. The Dale Tallon era will be remembered for bungling the Vegas expansion draft and offering too many bad contracts. Zito, a former agent and assistant GM of the Blue Jackets, is tasked with cleaning up the roster.

One of the busiest GMs in the league this offseason was Bill Guerin, who is doing major roster reconstruction and might not be done yet. He would have been remiss not to upgrade goaltending, especially with so many options available. Signing Cam Talbot (three years, $11 million) is a solid piece of business.

To be fair, there's not much that Blackhawks fans liked about this offseason, as management finally admitted it is undergoing a rebuild (which has irked some of the team's veterans). It didn't get a lot of attention, but bringing in defensemanNikita Zadorov as a complement to either Adam Boqvist or Ian Mitchell is a decent move to help with the transition.

While landing Corey Crawford as a goaltending partner for Mackenzie Blackwood was clutch, our favorite move from GM Tom Fitzgerald this offseason was landing top-four defenseman Ryan Murrayin trade from the Blue Jackets. The Devils surrendered only a fifth-round pick, taking total advantage of the Blue Jackets' summer salary purge.

The Sharks' offseason will be noted for losing Joe Thornton and reacquiring Patrick Marleau (who should break Gordie Howe's career games played record this season). But GM Doug Wilson was wise to take a chance on 24-year-old Ryan Donato, at the low cost of a third-round pick in the trade. He's a high-upside player who could add needed scoring to the middle six.

The Ducks have been trying to transition on the fly, still reeling from Corey Perry's buyout, while Ryan Kesler should open the season on LTIR. GM Bob Murray made a smart move signing Kevin Shattenkirk, who immediately bolsters the blue line and is a likeable locker room presence for younger players who should get more opportunities this season.

It's no secret that the Kings have one of the best prospect systems in the NHL, bolstered by 2020 No. 2 pick Quinton Byfield. But our favorite move of their offseason was taking a flier on Lias Andersson, the disgruntled Rangers prospect who was selected No. 7 overall in 2017. The Kings gave up just a second-round pick, and the reward could be high.

Landing Evgenii Dadonov. He was one of the best wingers available on the market, so it was somewhat of a surprise the 31-year-old ended up with the bottom-feeding Senators. After playing with Aleksander Barkov, Dadonov should work well with Brady Tkachuk on the Sens' top line. 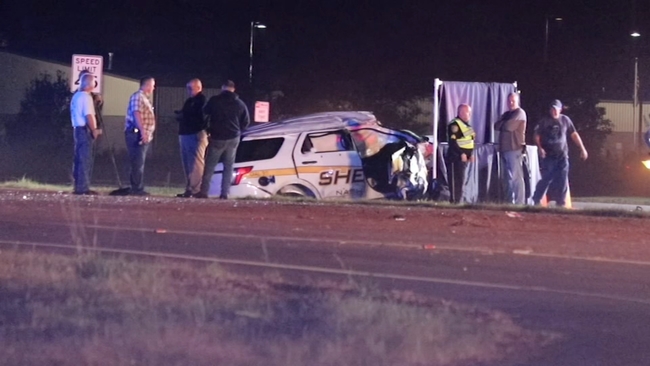