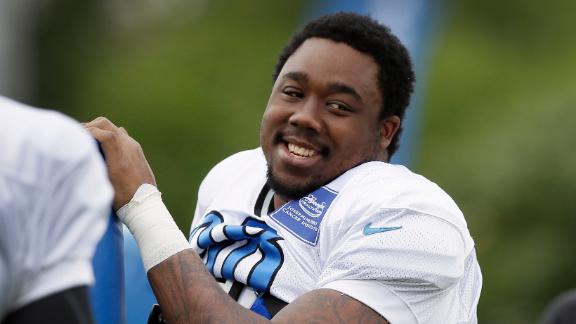 The St. Louis Rams have agreed to a one-year contract with free-agent defensive tackle Nick Fairley. The deal is worth $5 million, but can increase up to $8 million with incentives, a source told ESPN NFL Insider Adam Schefter.

Fairley made an appearance Friday at a team news conference that was held to also introduce recently acquired quarterback Nick Foles.

The 27-year-old Fairley was the Detroit Lions' first-round pick in 2011 with the No. 13 pick out of Auburn.

After showing up for 2014 offseason workouts slimmed down, Fairley gained weight again at the start of training camp. After a brief demotion, Fairley hired a personal chef and was in the midst of his most consistent season until a knee injury in Week 8 effectively ended his season. He didn't return to practice until the week of the Lions' playoff game against Dallas.

In what might have been a good sign of his dedication, Fairley kept weight off during the injury and was down to 290 pounds -- the lightest he had been in his pro career.