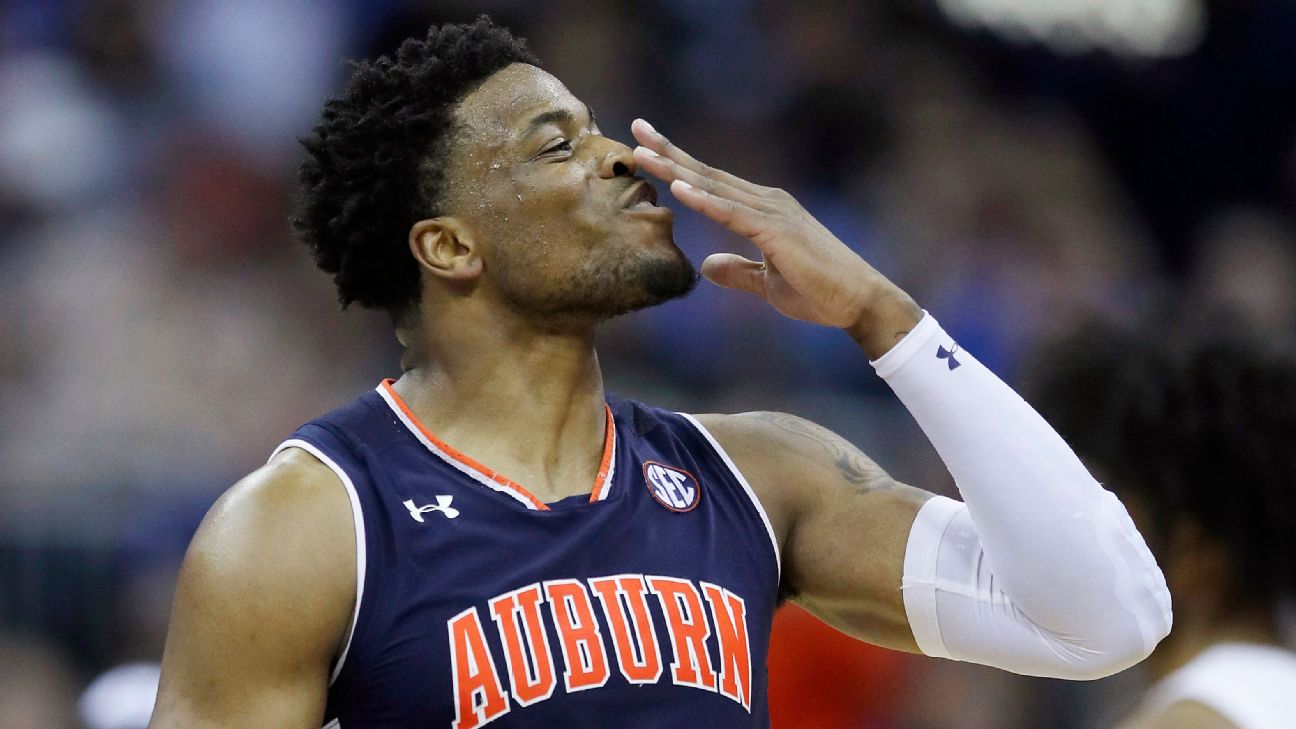 ESPN
By Adam Teicher
KANSAS CITY, Mo. -- One by one,Auburnrained down 3s against North Carolina, 12 of them in the second half and 17 overall. At some point, it became too much even for a high-scoring team like the Tar Heels.

As a result, the Tar Heels fell hard to the Tigers in the Sweet 16. North Carolina, the No. 1 seed in the Midwest Region, is going home early after a 97-80 loss that left them stunned.

"I think 17 is the most 3s any of my teams have ever given up in 16 years,'' North Carolina coach Roy Williams said, as if he couldn't believe what he had just witnessed. "It was a bad time to let that happen. Left them open a bit too much and they made the shots.''

The Tar Heels had plenty of warning that Auburn was prolific and proficient in shooting from 3. The Tigers had taken out Kansas in the previous round by shooting 43 percent from beyond the arc. North Carolina still couldn't prevent Auburn from making 17-of-37 from long distance, including 12-of-18 in the second half.

"It was too difficult for us [to defend Auburn] because we didn't do a very good job of it,'' Williams said. "They push the pace, come right up your back. They penetrate, and in trying to make the decision whether to help or stay attached to the 3-point shooter, they can back you off with their quickness and shoot it.

"But they still had to make them, and you have to give them credit for that.''

Despite shooting just 26 percent on 3-pointers in the first half, Auburn still led 41-39 at halftime. That was a sign it wasn't going to be North Carolina's night.

Auburn hit their first couple of 3s to start the second half and went on an 8-0 run. The Tar Heels never seriously threatened after that because they couldn't stop the Tigers from beyond the arc.

"They hit some shots, and we kind of tried to get it all back on one play,'' North Carolina forward Luke Maye said. "Credit to Auburn. They shot the ball well, and we didn't guard well enough to win.''

"I'll never use my halftime talk again because it sure as dickens didn't work tonight,'' he said. "I think they made three 3s out of four possessions early in the second half and we didn't have the right communication.'' 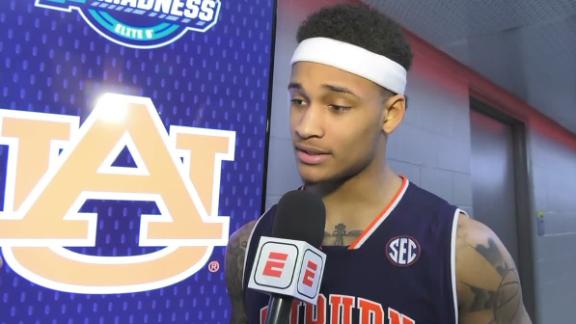