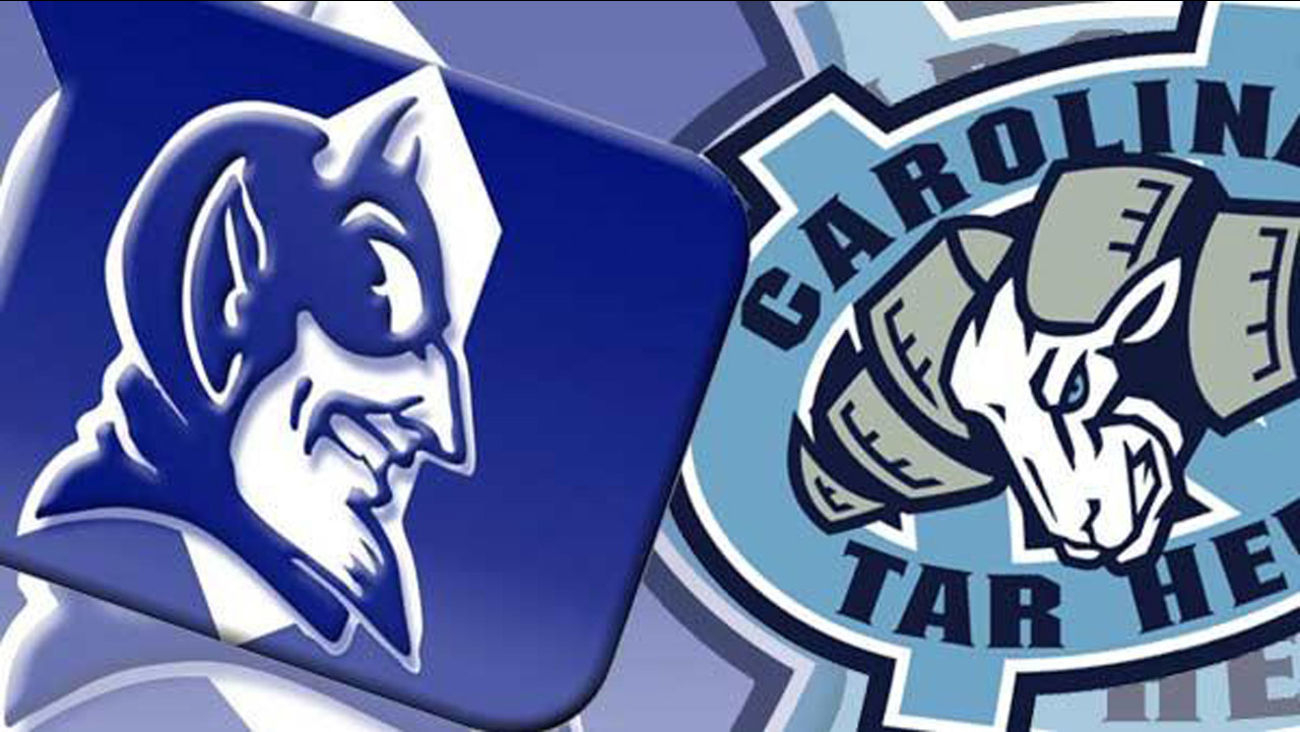 DURHAM -- A much anticipated rivalry is taking place Thursday night as the No. 15 UNC Tar Heels take on the Duke Blue Devils.

North Carolina is still in the Coastal Division race, but the Tar Heels need No. 18 Virginia Tech to lose. That means the Tar Heels can't afford a stumble against the Blue Devils, who are flirting with missing a bowl for the first time since 2011.

Duke's pass rush against UNC's offensive line. There will be a lot of pressure to try to slow UNC's high-scoring offense, and that could start with the play of its defensive front. Duke ranks tied for fourth in the ACC with 27 sacks, and tackle A.J. Wolf has led that attack with 5. That group will need a good performance to throw off the timing of UNC QB Mitch Trubisky.

Duke: LB Ben Humphreys. The sophomore had 16 tackles against Virginia Tech and has hit double-digits in tackles in four of the past five games as a first-year starter. He has a team-high 81 stops.

North Carolina: TB Elijah Hood. Hood has had a frustrating season, but broke out with a huge game against Georgia Tech last weekend. Hood ran for a season-high 168 yards and three touchdowns in that one, and ran for three touchdowns in last year's blowout against the Blue Devils.

-The Tar Heels won last year's game 66-31 and posted 704 total yards.
-Duke is flirting with its first winless season in ACC play since 2007 and has won at least six games in each of the past four seasons.