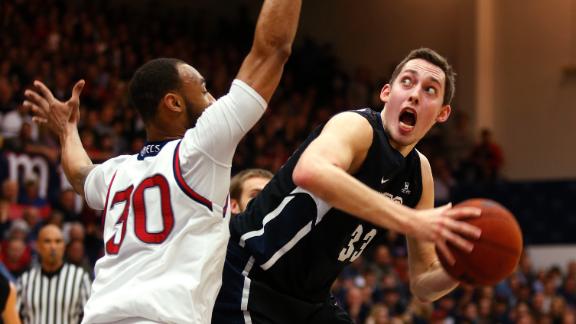 MORAGA, Calif. -- Gonzaga found itself in a rare fight and facing a huge deficit with so much at stake: a West Coast Conference crown, a school-record winning streak and possibly even a No. 1 seed in the NCAA tournament.

It was just the kind of adversity the Bulldogs believe will make them better.

Kyle Wiltjer had 16 points and 12 rebounds, and third-ranked Gonzaga rallied from 17 points down to beat Saint Mary's 70-60 on Saturday night. The Zags (28-1, 16-0) claimed the outright WCC regular-season championship and rolled up a school-record 21st straight victory.

"It shows character, it shows toughness, it shows great teamness," Bulldogs coach Mark Few said. "There was nobody in there at halftime pointing fingers at anybody or panicking. They were eager to kind of get lectured, for lack of a better term. They certainly needed it."

Gonzaga ended the game on a 29-9 run to put Saint Mary's away.

Wiltjer teamed with Przemek Karnowski to make some big shots down the stretch. The comeback kept the Zags on track for a top tournament seed and gave them some confidence for those March moments.

"Those are kind of like the games in the NCAA tournament. You get down and you have one chance to get back," said Karnowski, who finished with 14 points and seven rebounds. "I'm really happy that we got this win. It wasn't easy, but we've got another championship."

Brad Waldow had 19 points and 11 rebounds, and Aaron Bright scored 17 points to help Saint Mary's get off to a scintillating start. But the Gaels (20-7, 12-4) collapsed down the stretch and missed an opportunity to give their NCAA tournament bid a major boost.

"We had a chance to close it out and we didn't," Gaels coach Randy Bennett said. "That's what makes it tough to take."

The Bulldogs, who had already secured a share of the league title, needed a win in one of their final three games to take the conference outright. And they needed every ounce of energy to withstand an emotional Senior Night for Saint Mary's and a standing-room only crowd at crammed McKeon Pavilion.

After trailing 51-41 with 11 minutes to play, the Bulldogs began their big closing burst.

Karnowski's layup gave Gonzaga a 56-55 lead -- its first of the game -- with 3:51 to play, though it only lasted a few seconds. Bright, the transfer from Stanford, answered back with a 3-pointer for Saint Mary's as the teams traded scores.

Wiltjer and Karnowski stopped the Gaels for good by converting consecutive layups, lifting Gonzaga ahead 64-60 with 1:01 remaining. Saint Mary's struggled to find its shooting stroke in the final minutes and watched the Zags celebrate another WCC title on their floor.

"That was winning time. We had to play out of desperation," Wiltjer said. "When it's two minutes, tied, we just had to give it our all. We just huddled as a group and said, Hey, we played a bad game but let's finish out these two minutes special."

Saint Mary's retired Patty Mills' No. 13 jersey during a halftime ceremony. Mills was on hand along with teammates Manu Ginobili, Tiago Splitter and Boris Diaw from the defending NBA champion San Antonio Spurs, who lost to the Golden State Warriors on Friday night in Oakland. The Australian guard played two seasons (2007-09) for the Gaels.

The Spurs trio wore Mills' No. 13 shirts -- as players did during warmups -- and seemed to enjoy the college atmosphere. They cheered often and even participated in the crowd wave late in the game.

Gonzaga: The Bulldogs have won 13 outright WCC titles in Few's 16 seasons as coach. They shared the 2011 title with Saint Mary's and finished second in 2012 and in Few's first season in 2000. ... Gonzaga has won six of the last seven games at McKeon Pavilion.

Saint Mary's: The Gaels have lost eight straight against ranked opponents -- six of those to Gonzaga -- since an overtime victory over the then-No. 24 Bulldogs in the final of the 2012 WCC tournament. 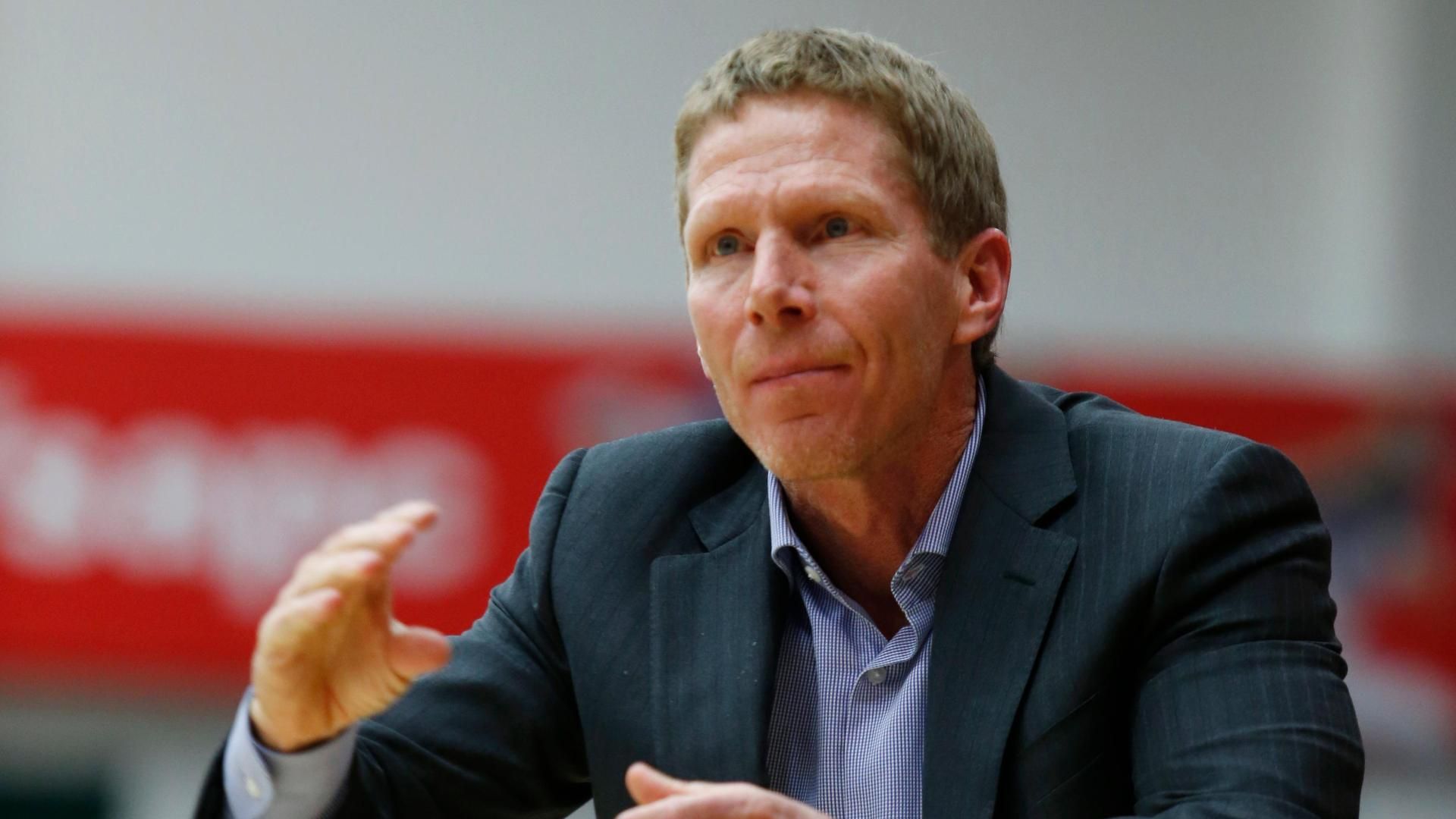 Gonzaga Enjoying A 21-Game Winning Streak
Gonzaga head coach Mark Few explains how his team was able to defeat Saint Mary's after being down as many as 17 points at one point.