No. 4 NC State women whip Louisville for 2nd win over a No. 1 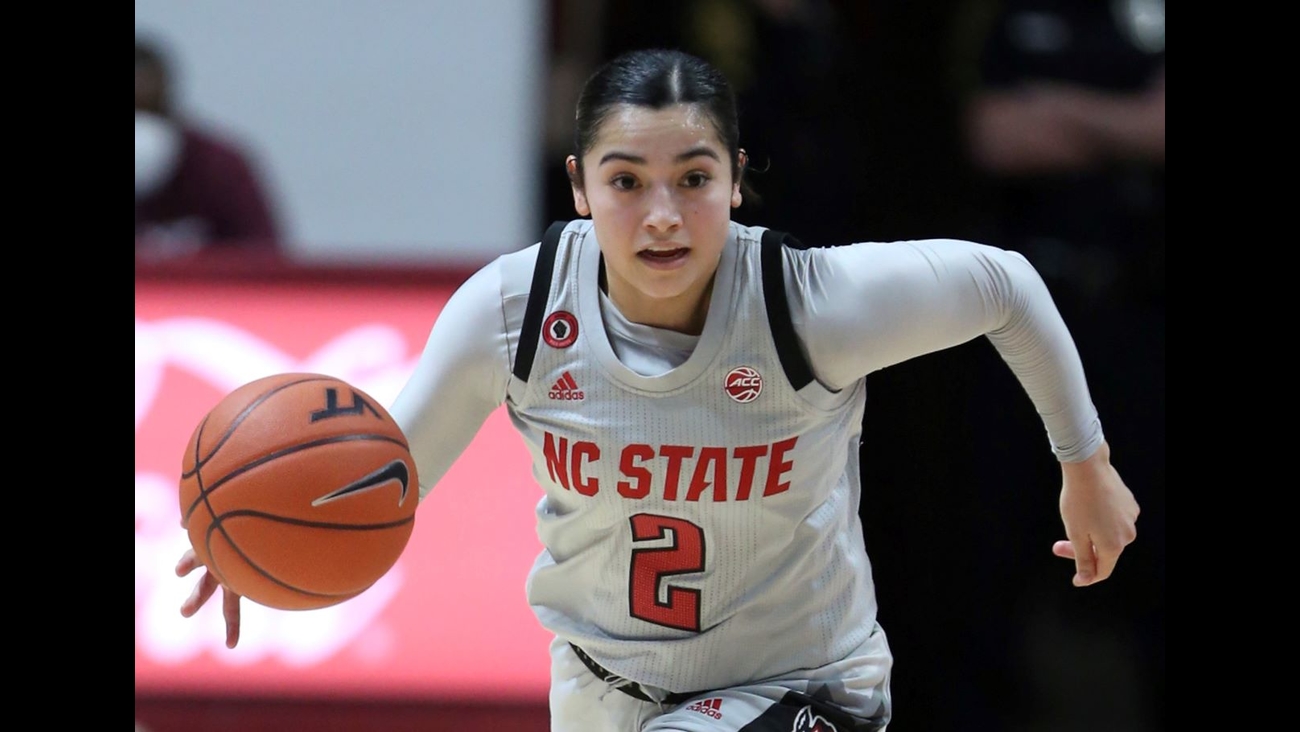 LOUISVILLE, Ky. -- Elissa Cunane scored 16 points in her first game in nearly a month because of COVID-19 protocols, and No. 4 NC State beat the nation's top-ranked team on its home floor for the second time this season, topping No. 1 Louisville 74-60 on Monday night.

Dana Evans scored 29 points for the Cardinals, but no other Louisville player scored in double figures.

Cunane, the All-American junior center, made 7 of 9 shots and grabbed six rebounds. She had missed the Wolfpack's previous two games, including a loss to Virginia Tech on Thursday, after N.C. State returned from a three-week pause because of COVID-19.

The Wolfpack won the rebound battle 44-29 and outscored the Cardinals 36-18 in the paint. N.C. State shot 44% from the field while Louisville shot 38%.

After an 18-all first quarter N.C. State led 29-25 at halftime before building its first double-digit lead in the third and extending its advantage to as many as 18 points in the fourth. Perez set the initial tone before Brown-Turner and Boyd joined in to help the Wolfpack earn their first victory at Louisville in nearly four years.

Louisville has two games to regroup but will likely drop after becoming the last unbeaten Top 25 team to lose. N.C. State figures to rise in the poll.

N.C. State: Cunane's return made the Wolfpack whole again, especially in the paint. They had their way inside against the Cardinals and beat them to a lot of loose balls.

Louisville: After weathering their share of challenges since becoming No. 1 for the first time two weeks ago, playing from behind against the Wolfpack proved to be too tall a task for the Cardinals. They struggled to string together baskets for much of the game.