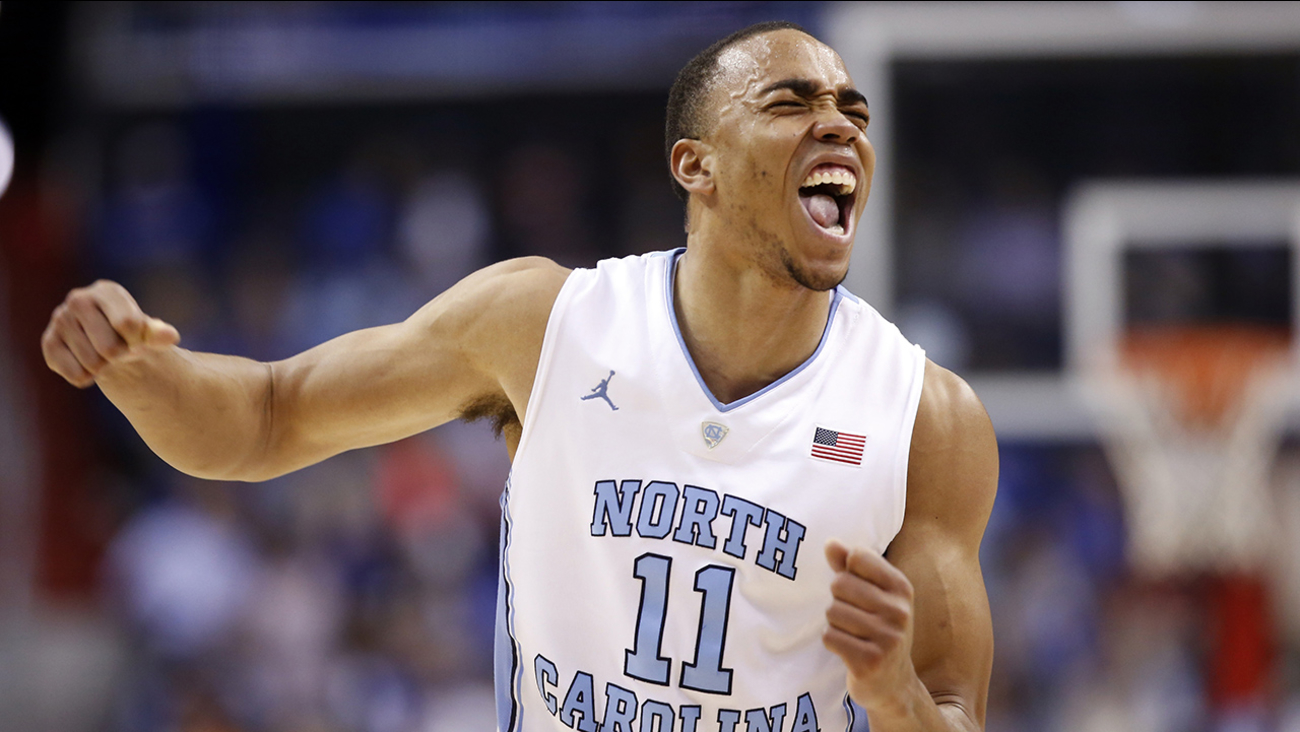 WASHINGTON -- Seventh-ranked North Carolina was shooting so well that arena workers had to replace the fraying net at one end of the floor at halftime. In the second half, the Tar Heels gave the other net a workout.

The regular-season ACC champion looked every bit like it, shooting 58.9 percent on the way to an 88-71 rout of Pittsburgh on Thursday in the quarterfinals of the conference tournament. By putting together the fourth-best shooting performance in ACC Tournament history, UNC (26-6) took its initial step toward its first conference title since 2008.

"Just having the balance of the inside-outside attack, that helped us out a lot," said leading scorer Joel Berry II, who had 20 on 7-of-8 shooting. "In the second half, I think we got better movement than we did in the first half. That was a big key."

Roy Williams nodded as Berry talked about the improved ball movement, and UNC's coach pointed to a 10-0 run late in the first half as the difference. Williams was ready to tear into his team at halftime before it got six straight stops to rebound from an early deficit.

"We decided we were going to lock down and play the way we wanted to play, and that's when the momentum started to change," said forward Brice Johnson, who scored 19 points on 8-of-11 shooting and added 10 rebounds. "We just fed off of that the last five minutes of the first half."

UNC was feeling it, and the Panthers couldn't stem the tide in front of a boisterous partisan crowd wearing baby blue. After looking spry early, players eventually got worn down playing their second game in as many afternoons.

"I certainly thought we would have finished off better than we did," Pitt coach Jamie Dixon said. "The defense struggled the entire game. Eventually it caught up to us as they pulled away in the second half."

Forwards Jamel Artis and Michael Young each scored 19 to lead the Panthers, who still should make the NCAA Tournament despite the loss. Gunning for a No. 1 seed, UNC next faces either No. 19 Duke or Notre Dame in the ACC semifinals Friday night.

The Tar Heels lost at Notre Dame and split with archrival Duke.

"We do know these teams because we've seen them play all season long," Williams said. "We'll try to give them the three or four most important things and let it go at that."

Williams' 3-pointer during the big second-half run was the first of his college career after starting 0 for 12. It was the seldom-played guard's first shot attempt since Valentine's Day.

"He hasn't been able to throw it in the ocean," Williams said. "He made his shot."

Pitt entered ranked 53rd in the RPI with the 41st-toughest strength of schedule and is 8-8 against top-50 opponents. Dixon thought the Panthers were in "pretty good shape" after beating Syracuse, so they should still be NCAA Tournament-bound.

"Everybody seems to be telling us we are," Dixon said Thursday. "I haven't looked at everything going on. Just from what everybody says."

Pittsburgh: Artis started the game on a personal 8-0 run. ... Cameron Johnson and James Robinson, the heroes of the second-round win against Syracuse, combined for to shoot 5 of 18 from the field. ... With his fourth assist, Robinson became the fifth player in school history to reach 600 in his career.

North Carolina: Four players scored in double-figures. ... Reached the ACC Tournament semifinals for the fifth time in the past six years. ... The Tar Heels improved to 5-0 in neutral-site games this season.

North Carolina: Faces the winner of No. 19 Duke vs. Notre Dame in semifinals Friday.