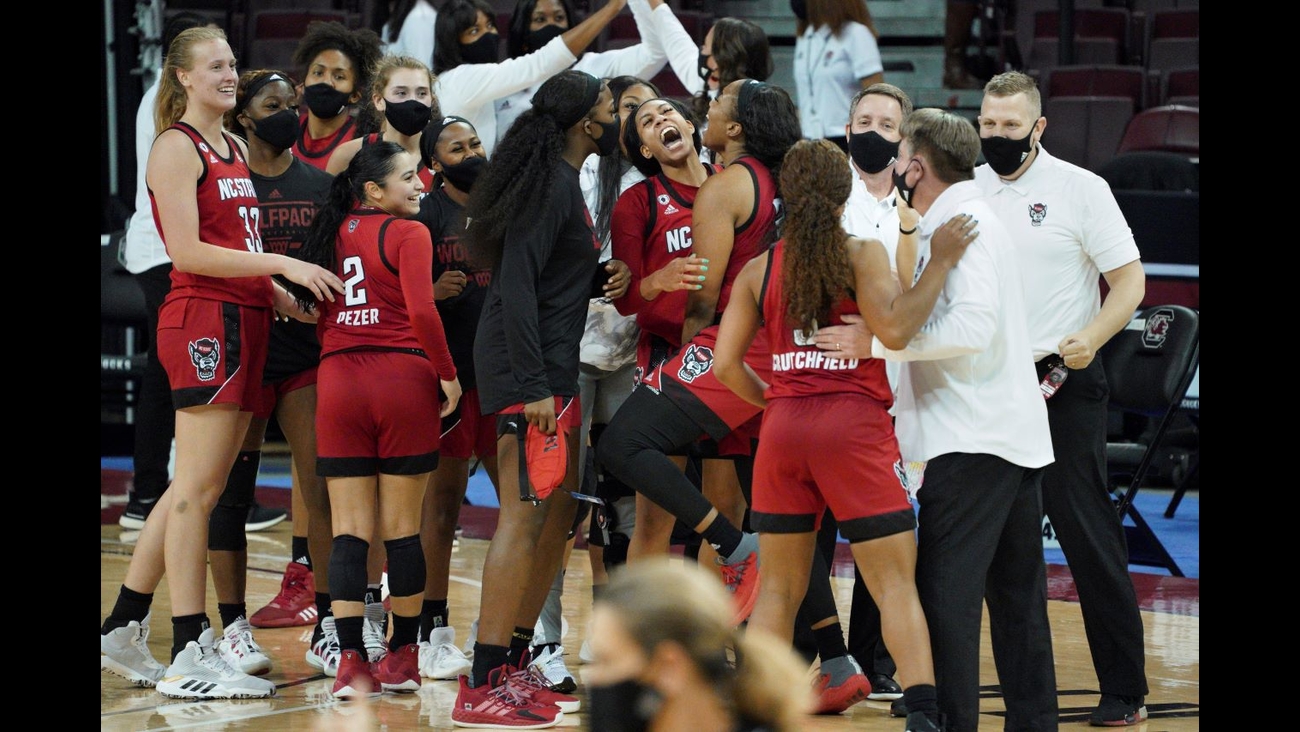 Raina Perez hit a go-ahead 3-pointer with 3:07 left and Kayla Jones had 16 points and 12 rebounds and the eighth-ranked Wolfpack ended the Gamecocks' 29-game winning streak with a 54-46 victory Thursday night.

Moore, like his players, was happy with the victory in the road opener. But it's far too early for anyone to think the Wolfpack can now coast through the season.

"Parcells used to talk about, 'Big game, next game,'" Moore said. "We're going to have to make sure we're ready to play on Sunday. But we're going to enjoy this one for about 24 hours."

There was plenty to enjoy.

All the headliners and it's Kayla Jones that's looking like the hero. What a win by the Pack. Perez at the point was impressive too.

Along with Jones, Jakia Brown-Turner had a double-double with 11 points and 12 boards. And during crunch time, the Wolfpack outscored South Carolina 11-2 over the final five minutes.

The Wolfpack (3-0) beat a top-ranked opponent for the first time since knocking off Duke in the 2007 Atlantic Coast Conference Tournament.

South Carolina (3-1) lost for the first time since falling to Indiana on Nov. 28, 2019, and the first time at home since a 68-64 loss to Mississippi State in the regular-season finale two seasons ago.

The Gamecocks were ice-cold throughout, shooting 28% from the field.

"In my 21 years (coaching), I've never felt like I did during the game," South Carolina coach Dawn Staley said. "Uncoachable. Untameable. Selfish play." 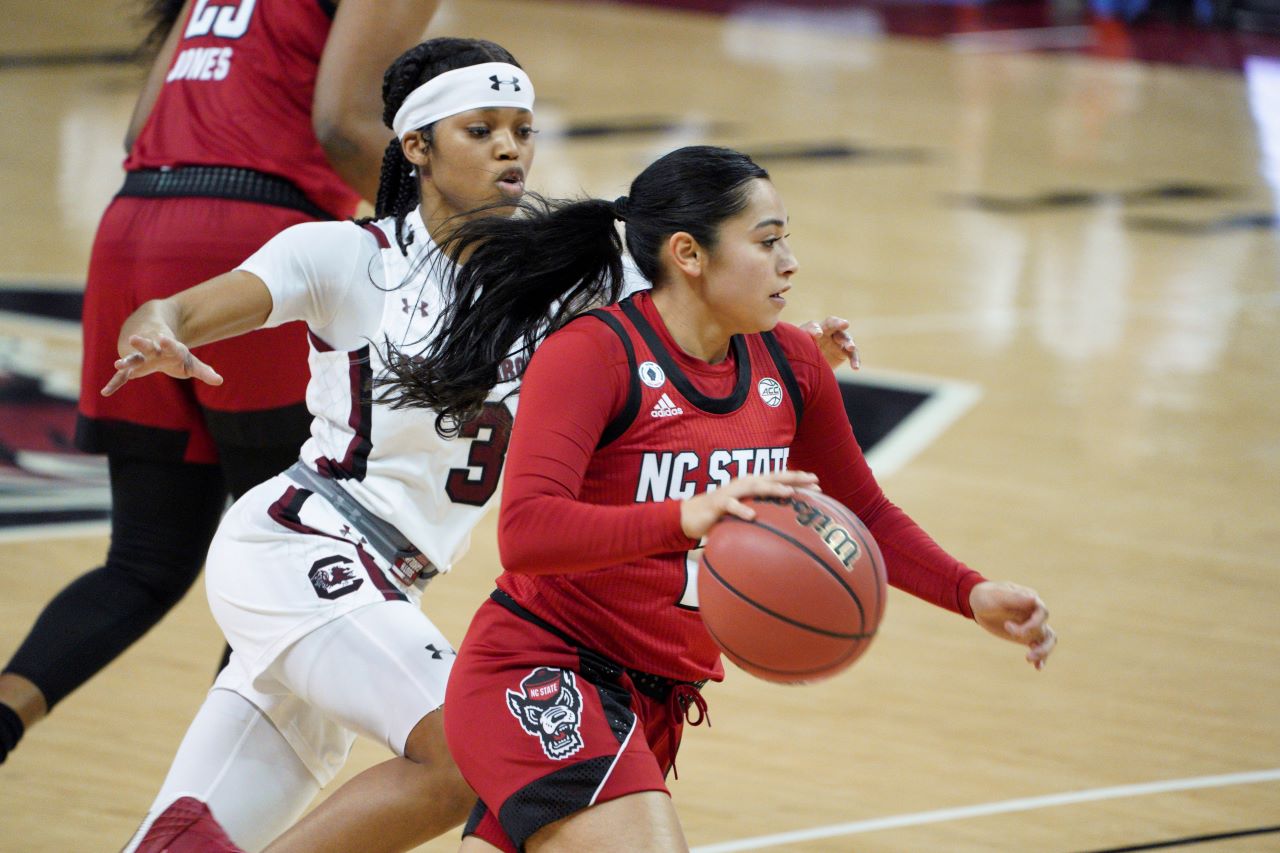 Cunane made two foul shots to put the Wolfpack ahead 48-44 with less than two minutes left. But Zia Cooke's steal and layup drew South Carolina within a basket with 53.4 seconds to go. After a timeout, the Wolfpack worked the ball around to a wide-open Jones for a 3-pointer.

When LeLe Grissett was called for a charge on the next possession, the celebration was underway with 15 seconds left.

State, minus Jada Boyd, beats #1 on the road* while shooting 29%. That's bananas.

Jones believed NC State's victory showed it will be a team to be reckoned with this season. "I feel like it's a huge win," she said. "I thought we could compete with anyone."

Both teams locked in on defense in the opening half, making it a defensive struggle to find points.

The Wolfpack shot 25%, but that was better than South Carolina, which was 8 of 37 and missed 14 consecutive shots.

Moore said there's a lot to clean up, especially on offense. But he's happy he gets to teach those lessons after a victory for the ages.

South Carolina had been on top of the past 12 AP polls dating back to last season. That run will end next week with this loss.