No comeback magic this time as UNC falls to Wake Forest, 24-18 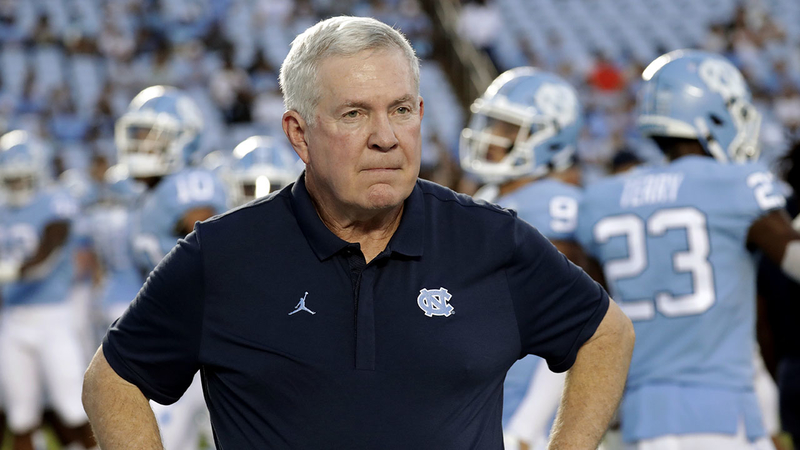 WINSTON-SALEM, N.C. -- After comebacks against South Carolina and Miami, the Tar Heels finally dug themselves a hole they couldn't come back from.

Jamie Newman came up with a pair of big plays on a clock-draining fourth-quarter drive, helping Wake Forest hold off North Carolina's comeback bid for a 24-18 win Friday night.

Newman hit Scotty Washington for a 27-yard gain, then had a 4-yard scramble on third down to keep possession to help the Demon Deacons (3-0) take 5 minutes off the clock and add a field goal to a dwindling lead.

UNC (2-1) had a final drive with no timeouts with a chance for a third straight fourth-quarter comeback, but the game ended when Michael Carter didn't get out of bounds in time on a run to set up a final desperation heave from just across midfield.

Wake Forest dominated the first half to lead 21-0, only to see freshman quarterback Sam Howell lead the Tar Heels on two fourth-quarter TD drives to get back in it. 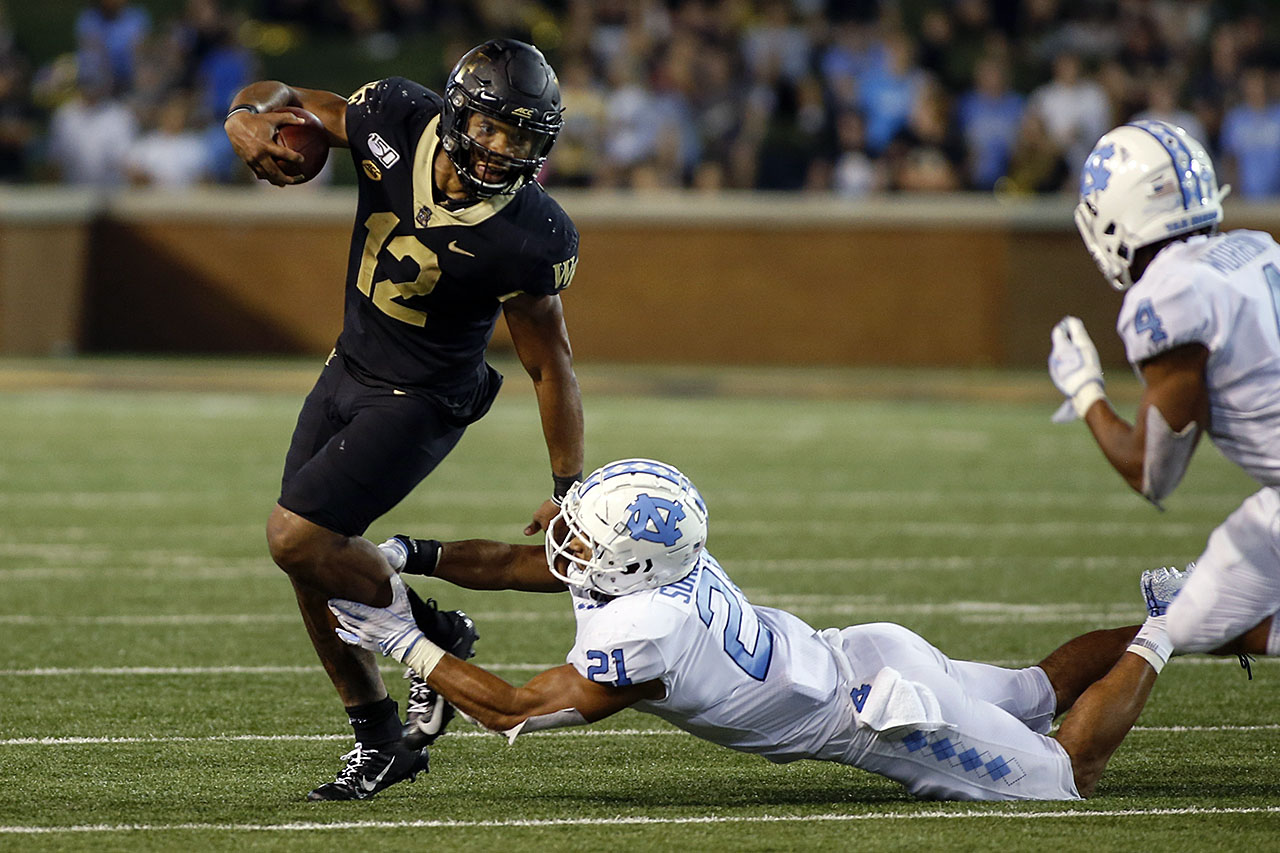 The win came in an unusual setting: a game between instate Atlantic Coast Conference teams that was designated as a nonconference matchup that didn't count in the league standings.

The teams had agreed in 2015 to play this year and in 2021 instead of waiting until 2022 for their next ACC matchup amid the 14-team league's scheduling rotation for teams in opposite divisions.

The Tar Heels spent the first half getting beaten up front, with the Demon Deacons shutting down UNC's run game and moving the ball effectively on the ground and through the air. Howell threw two fourth-quarter TD passes to get UNC within 21-18 with 6:09 left, but the defense couldn't come up with a quick stop to get the ball back quickly. 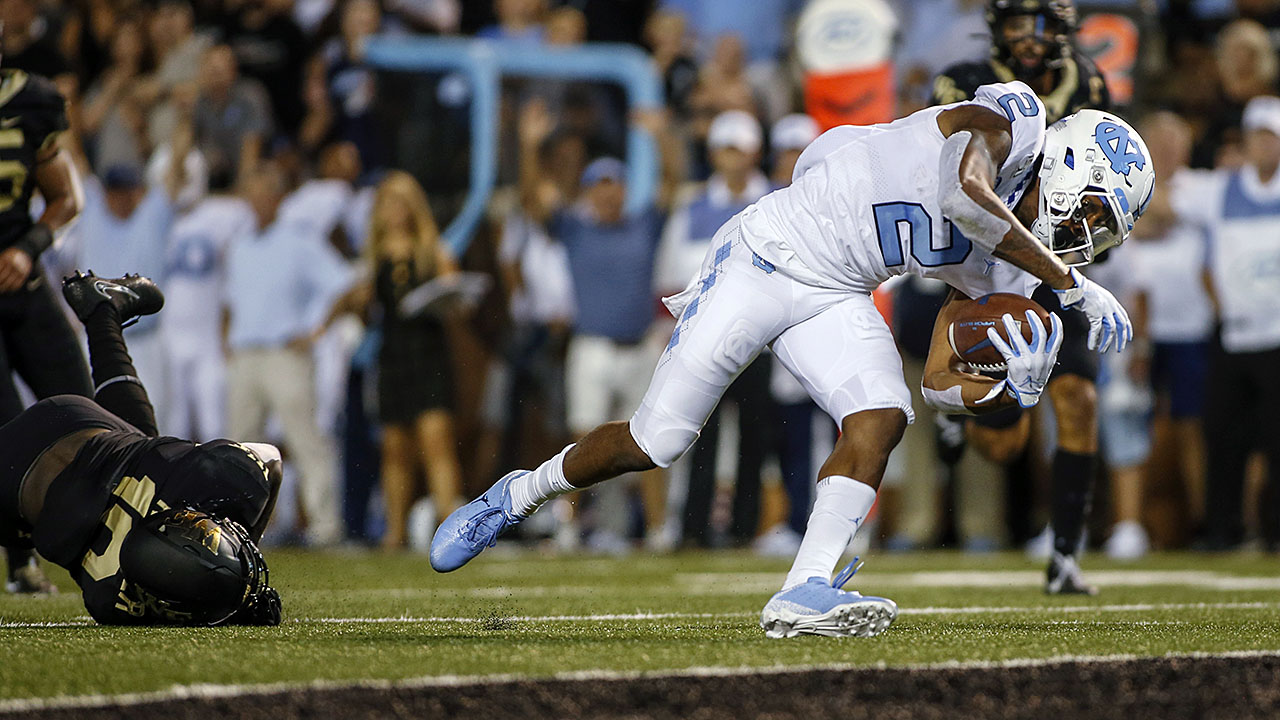 North Carolina wide receiver Dyami Brown keeps his balance as he scores a touchdown against Wake Forest during the second half.

Wake Forest spent much of this one pushing the Tar Heels around, with Kenneth Walker running for 94 yards and receiver Sage Surratt having a career-best day with nine catches for 169 yards and a 51-yard TD catch from Newman. And the defense didn't allow a third-down conversion until well into the third quarter.

But the Deacs didn't finish particularly well, watching a well-in-hand game get unexpectedly tense in the final minutes.