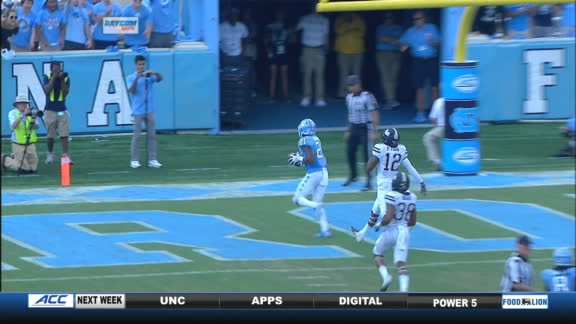 ESPN
CHAPEL HILL, N.C. -- North Carolina finally got its offense playing with sustained efficiency and its defense providing sacks and third-quarter stops, a combination that helped turn things around in its Atlantic Coast Conference opener,

The Tar Heels are hoping it helps leave that 0-2 start completely in the past, too.

Antonio Williams and Nathan Elliott turned in career-best performances Saturday in the Tar Heels' best offensive showing of the season, helping UNC beat Pittsburgh 38-35 in its return after having a game canceled due to Hurricane Florence.

UNC (1-2, 1-0 ACC) lost at California and East Carolina to start the season, then Florence canceled last weekend's home game against No. 16 UCF and took the Tar Heels out of in-season routines.

"I don't think it hurt us at all," Elliott said. "I think our team's pretty mature and we used that to our advantage. It kind of helped us have a reset, kind of have a new season now -- a nine-game season after that break."

Williams, an Ohio State transfer, ran for 114 yards and two touchdowns, while Elliott shook off two games worth of accuracy issues to throw for a career-best 313 yards with two scores while completing 71 percent of his passes.

Just as importantly, UNC's frequently shaky defense contributed big plays of its own and held Pitt to minus-5 yards in the third quarter.

"Once guys started executing, you know that they can do it," UNC coach Larry Fedora said. "They get to see themselves doing it. So you get to build off of it. They get to learn from it. They know what they did in practice, how hard they worked in practice, and how it paid off in a game."

Kenny Pickett threw for two scores and ran for another for Pitt (2-2, 1-1), which fell to 0-6 against its Coastal Division foe since joining the ACC in 2013. It was the Panthers' first road game after last week's league win against Georgia Tech.

"I feel bad for our kids because they're trying their tails off," Pitt coach Pat Narduzzi said. "Great kids, I love them, and we've just got to learn how to finish a game."

Pitt: The Panthers' second-half offensive struggles resurfaced again. Pitt had managed only a field goal after halftime in its first three games, then couldn't sustain drives to keep up after halftime in this one. Pitt finally snapped its second-half TD drought with Pickett's 16-yard pass to Maurice Ffrench with 3:12 left to make it a one-possession game but couldn't get a stop on UNC's ensuing clock-killing drive.

"I thought offensively we were fantastic in the first half," Narduzzi said, "didn't do much in the second half."

UNC: The Tar Heels responded well as they faced the possibility of their first 0-3 start since 2003 following that unusual schedule gap. The Tar Heels didn't practice for at least four days after Florence, but the offense easily had its best day (486 yards) while the defense stepped forward, too.

"We constantly talked about how we were going to turn that into a positive," Fedora said. "Our guys did that today, they really did."

Each loss in the Panthers' 0-6 run against UNC has come by one-possession margins, including last year's 34-31 home loss and a 37-36 loss here on a last-second touchdown in 2016.

Williams had a 37-yard scoring run along with a leaping 1-yard TD. He also had the 15-yard run with 1:24 left that allowed UNC to go into kneel-down mode. "The guy was violent with his runs," Fedora said.

UNC's young receivers provided a spark. Sophomore Dazz Newsome finished with career highs of 110 yards on six catches, while freshman Dyami Brown had a 19-yard scoring grab in the third quarter as the Tar Heels turned a 28-21 halftime deficit into a 38-28 lead entering the fourth.

Darrin Hall and Qadree Ollison each ran for TDs for the Panthers, who finished with 228 yards rushing but didn't have a 100-yard runner.

Pitt: The Panthers visit No. 16 UCF next Saturday.

UNC: The Tar Heels travel to No. 21 Miami on Thursday. 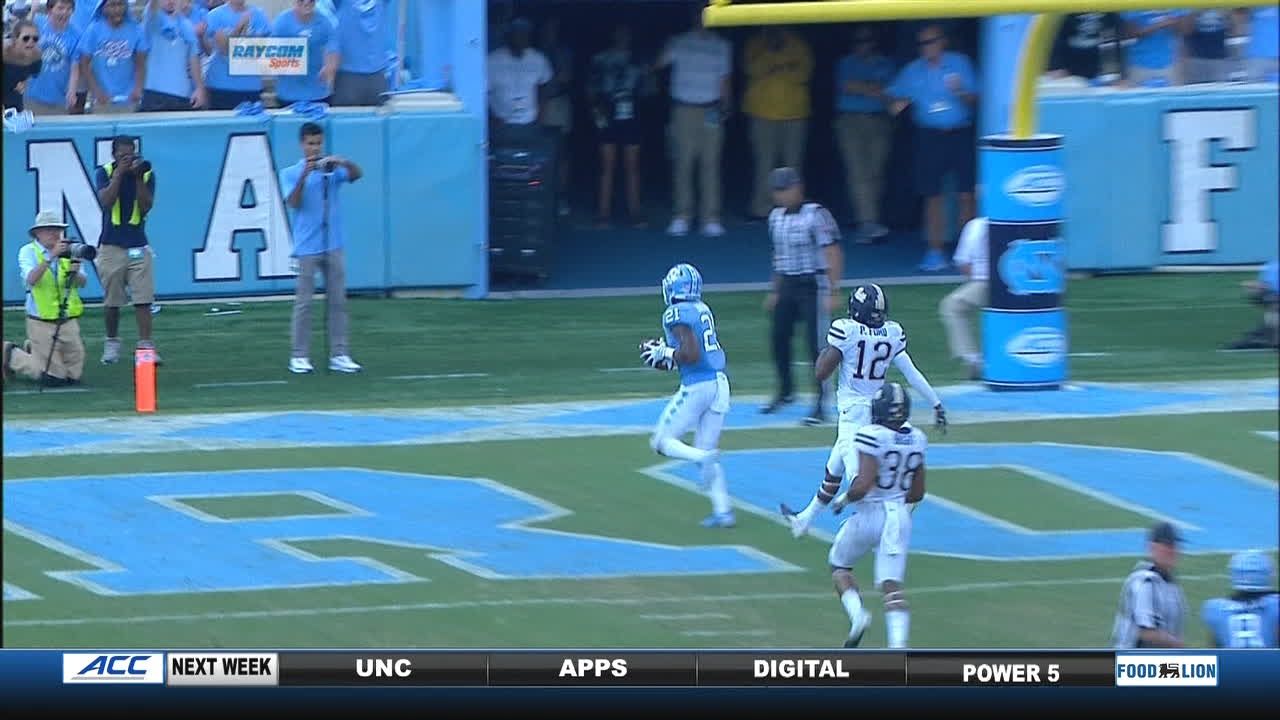