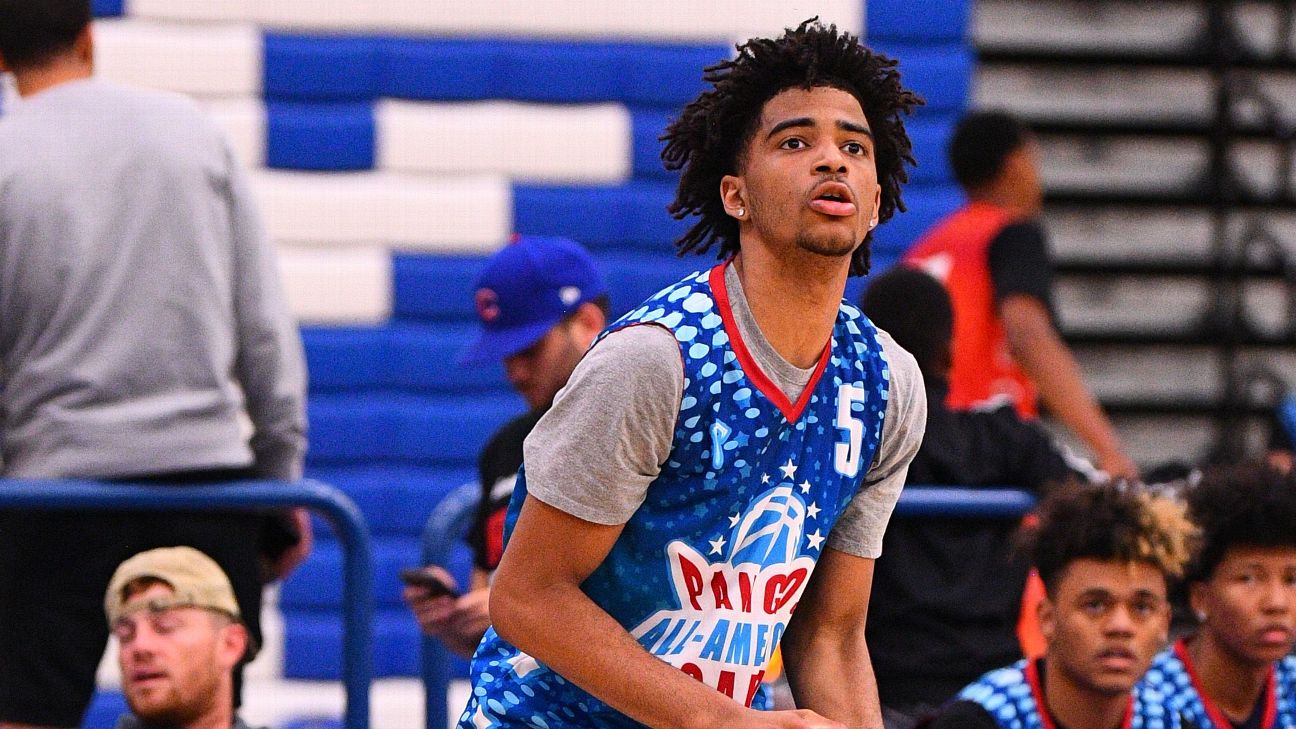 Davis chose the Tar Heels over a final four that also included Pittsburgh, Marquette and Georgetown. He took official visits to all four schools, with a trip to Chapel Hill finishing things up earlier this month.

"I picked UNC because I felt like it was the right situation for me to achieve my goals," Davis told ESPN. "It's a family-oriented program that has a winning tradition. Also, it's a university that is very competitive and I wanted a chance to compete with the best of the best because I felt like I deserved it. The coaching staff is down to earth and direct in their approach and they're clear about the kids who they recruit to their program. The coaching staff of UNC looks out for their players and takes care of them."

Davis, a 6-foot-1 guard from Archbishop Stepinac (White Plains, New York), is ranked No. 40 in the ESPN 100. He's the No. 7 point guard in the class, but is comfortable playing off the ball as a scorer. Davis averaged 25.4 points for Stepinac as a junior, and then was one of the most prolific scorers on the Nike EYBL circuit last spring and summer for the New York Renaissance program. He averaged 20.6 points in 18 games, shooting 42.5 percent from 3-point range. Davis scored at least 30 points on three separate occasions.

Davis is a new-age scoring guard who grew up watching the likes of Steve Nash, Steph Curry and, most recently, Trae Young. While he isn't on that level, he's undersized with a slighter build -- but has a terrific skill set, which is why he has modeled his game after those players. His hands and touch are off the charts. He's not a prototypical point guard but excels with the ball in his hands and is as good of a tough shot-maker, both off the catch and the dribble, as there is in the class. He has deep range, a full assortment of step-backs to create space off the dribble and a ton of natural confidence.

"I see myself fitting into the play-style very well," Davis said. "I'm the type of player who can play with anyone and loves to win. I love to compete and I play with a chip on my shoulder."

Davis is the fourth top-50 prospect to join North Carolina's 2020 class, following the five-star trio of Walker Kessler (No. 14), Day'Ron Sharpe (No. 20) and Caleb Love (No. 24). There was some expectation that Davis would take the Tar Heels out of his mix following a commitment from Love, a five-star point guard, last month, but the two should be able to play together in the backcourt.

"I still consider myself having an impact at UNC because of who I am as a player," he said. "I have confidence in myself and I deserve this. I worked my whole life to get here and the opportunity was given and I took it, and I will make the best of it."

Roy Williams and his staff are still in pursuit of Cade Cunningham, the top uncommitted senior in the country, and fellow top-five recruit Ziaire Williams. Top-10 forward Greg Brown recently took an unofficial visit to North Carolina. It remains to be seen whether Davis' commitment slows the Tar Heels' recruitment of five-star guard Bryce Thompson.