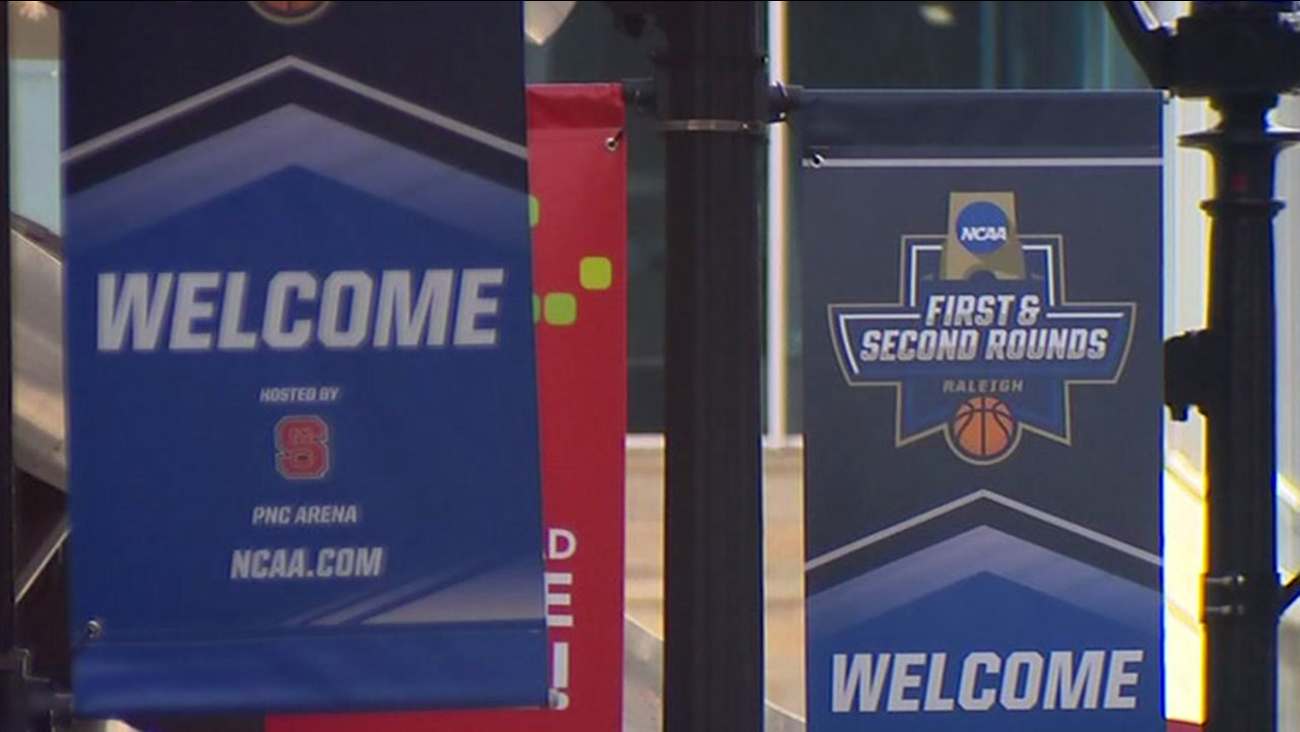 Raleigh hosted this year's first two games of the NCAA tournament in March.

The North Carolina cities of Greensboro and Charlotte must prove to the NCAA how each site will provide a discrimination-free zone in their respective arenas, or risk losing hosting privileges for the NCAA tournament's first and second rounds in 2017 and 2018, multiple NCAA officials told ESPN on Wednesday night.

In a statement provided to ESPN, the NCAA said, "Currently awarded sites must report how they will provide an environment that is safe, healthy and free of discrimination, plus safeguards the dignity of everyone involved in the event. The information must be reported to the Board of Governors Ad Hoc Committee to Promote Cultural Diversity and Equity, and full implementation is expected during the current bidding process."

The response was due to the NCAA Board of Governors adopting an anti-discrimination measure earlier in the day at their quarterly meeting in Indianapolis.

The action comes after Mississippi and North Carolina recently passed laws that critics say can allow discrimination against members of the LGBT community.

"The higher education community is a diverse mix of people from different racial, ethnic, religious and sexual orientation backgrounds," board chairman and Kansas State president Kirk Schulz said in a statement. "So it is important that we assure that community ... will always enjoy the experience of competing and watching at NCAA championships without concerns of discrimination."

The NCAA hasn't allowed neutral-site championship events in states where governments fly the Confederate battle flag since 2001 and has also blocked schools from hosting if they use "abusive or offensive" Native American imagery or mascots.

The issue in North Carolina arose when Gov. Pat McCrory signed HB2 into law in March, overturning a measure approved by Charlotte leaders that allowed transgender people to use the restroom aligned with their gender identity. HB2 does not allow cities to pass their own anti-discrimination laws that deal with public areas.

The NBA has said the 2017 All-Star Game could be moved from Charlotte if HB2 stands.

Commissioner Adam Silver said on ESPN Radio's Mike and Mike show last Thursday, "We've been working very closely with the business community down there and the governor and the legislature to make it clear that it would be problematic for us to move forward with our All-Star Game if there is not a change in the law."