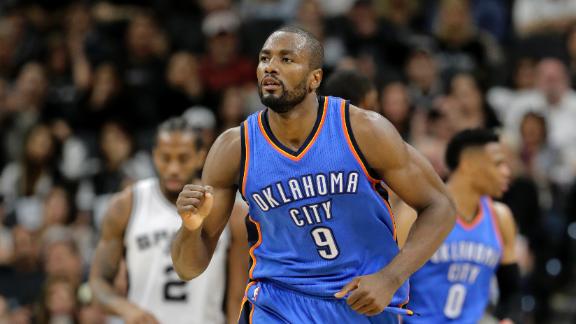 The Thunder received guard Victor Oladipo, forward Ersan Ilyasova and the rights to power forward Domantas Sabonis, who was taken with the 11th pick in the NBA draft on Thursday night.

The Vertical first reported the deal. The teams later announced it as official.

"Serge [Ibaka] is a young veteran who brings tremendous athleticism and toughness to our frontcourt," Magic general manager Rob Hennigan said. "His tireless work ethic and wealth of playoff experience will help enhance our culture and roster. We thank Victor [Oladipo] for all of his contributions both on the court and in the community. We wish him and Ersan [Ilyasova] the best of luck in the future."

Ibaka, a first-round pick of the Thunder organization in 2008, turns 26 in September. He agreed to a four-year extension in 2012 worth $48 million and is owed $12.25 million in 2016-17. The move will give the Thunder some added salary-cap room with Kevin Durant set to become a free agent on July 1 and Russell Westbrook able to hit the open market next offseason.

A three-time NBA all-defensive player, Ibaka led the league in blocks for four straight seasons, before finishing fourth in the category in 2014-15 and third last season. He has also added some longer-range shooting to his game, averaging 1.7 3-pointers per game in 2015-16, tied for second on the Thunder.

"The defense we played at Indiana that we hope to bring here to Orlando is predicated on having a guy like Serge Ibaka that can protect the rim and be that lead shot-blocker," said coach Frank Vogel, who joined the Magic last month after his contract with the Pacers was not renewed. "The way the NBA is going, defensive versatility is huge."

He was asked to be a do-everything forward, something he admitted after the season was difficult mentally.

"No more fake 4," Ibaka said at exit interviews, after the Thunder were eliminated by the Golden State Warriors in seven games of the Western Conference finals.

"My mind is ready to play 1, 2, 3, 4. Yeah, it wasn't easy playing different roles and both ends of the floor. But it was good for us, good for the team. It was helpful, and that's why we got this far, because everybody did their job."

With Durant's free agency looming over all Thunder personnel decisions, the move is a gamble, but one that gets the team younger, and deeper. Instead of it being a move to brace for a Durant departure, the Thunder see it as one that strengthens their position to keep him.

Ibaka, no doubt an important part of the roster, was becoming unsatisfied with his place on the team. There were growing grumbles from him about his role and responsibilities, with him lamenting his touches at one point during the regular season. With Ibaka's contract up after next season, there was a growing sentiment he would look for another team in free agency.

The 6-foot-10 Ibaka, a "founding father" of the organization as general manager Sam Presti has called him, was selected by the Thunder 24th overall in 2008. He was asked at the team's exit interviews about his future with the organization, and he said he was positive he'd remain.

"No, I'm not worried," Ibaka said of his future earlier this month. "I'm not thinking, and I'm not talking about this. I'm still a Thunder. I'm going to wear the Thunder jersey next year, so there's nothing to talk about right now, because it's not important."

In Oladipo, 24, the Thunder add a slashing, attacking guard who is a capable defender and a solid 3-point shooter. The Thunder have been enamored with Oladipo; they tried to move up in the draft in 2013 to take him.

Sabonis, the son of Hall of Famer Arvydas Sabonis, averaged 17.6 points and 12 rebounds for Gonzaga as a 6-foot-10 power forward during his sophomore season.

"Tonight represented an opportunity to build the versatility, depth and skill of our basketball team," Presti said. "Victor, Ersan and Domantas represent the character, work ethic and toughness that we relentlessly pursue with the Thunder. Through the continued emergence and development of our core, we were able to capitalize on the opportunity to acquire three highly skilled professionals.

"I want to acknowledge Serge for his contributions to the ongoing legacy of the Thunder. He has been integral to our success and growth, has been a great community member and we wish him only the best."

Oladipo also posted a thank-you to his former team on Instagram, thanking the city of Orlando, his teammates, fans and coaches before calling Thunder supporters "the best fans in the world."

The Magic are coming off a 35-47 season in which they missed the playoffs for the fourth straight season and are looking to add talent and depth.

Information from ESPN's Jeff Goodman and Chris Broussard and The Associated Presswas used in this report. 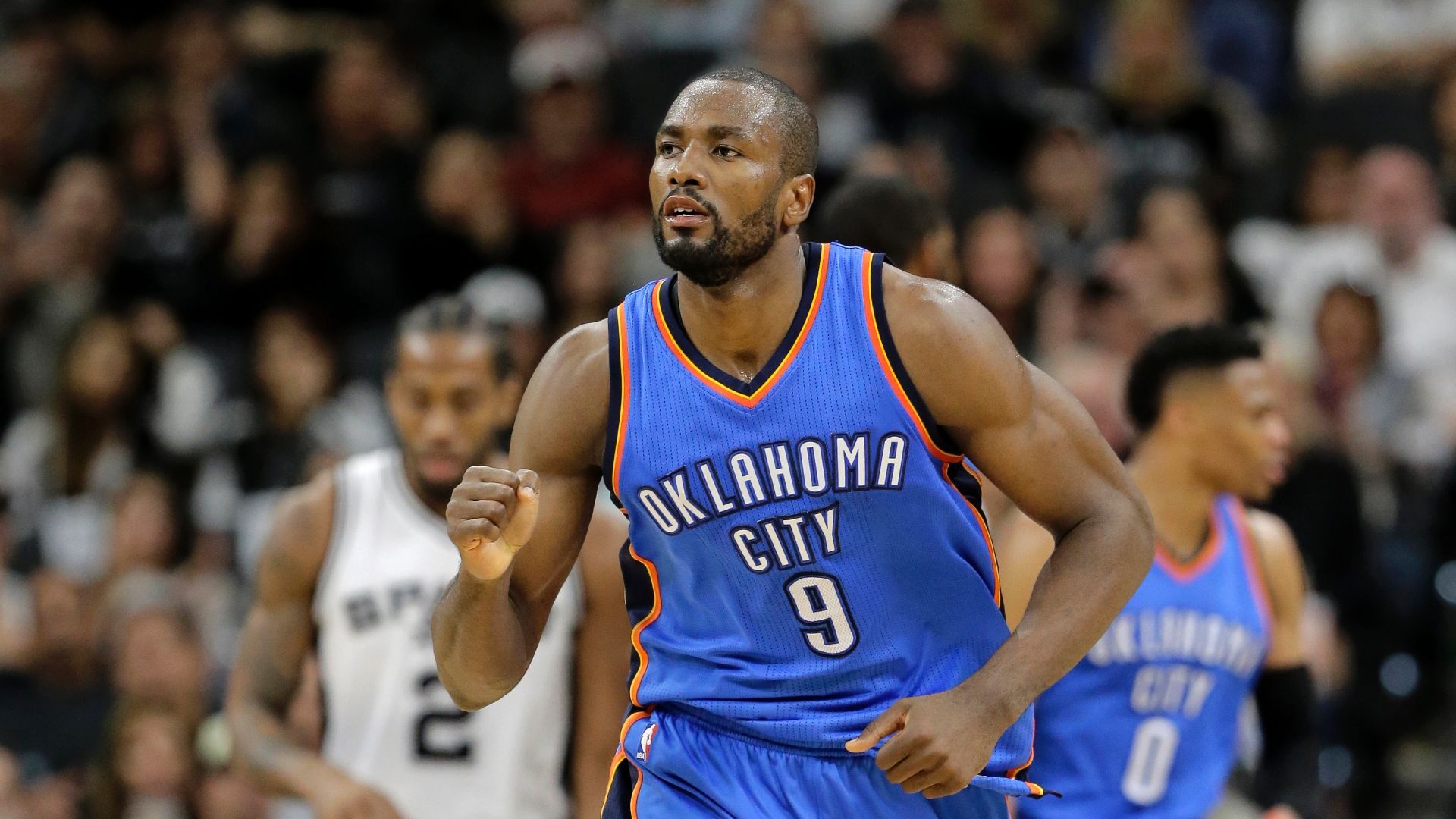