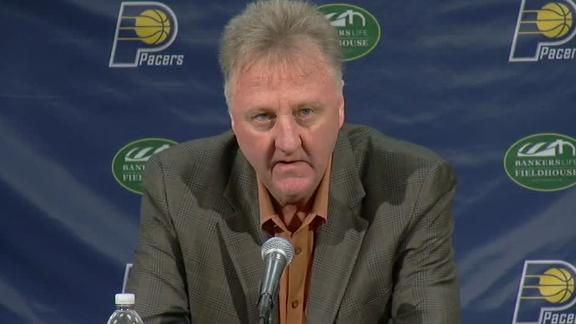 "Decided it's time for a new voice around here," Bird said. "Sometimes my job really sucks. I had time to think about it and watch the team throughout the year. I had higher expectations than most people on how our team should play. I came to a conclusion it's time for these guys to hear a new voice. Made a decision not to renew [Vogel's contract]."

In six seasons as Pacers coach, Vogel had a 250-181 regular-season record and a 31-30 playoff record, losing in Game 7 of the first round to Toronto this season.

"During my time with the Pacers, we made a lot of positive memories and none of that would have been possible without the support of Larry, the front office and all of the players I had the opportunity to coach," Vogel said in a statement later Thursday. "We consistently battled through thick and thin, and that is something that I am very proud of."

Bird expects there to be a lot of interest in the job, especially with All-Star Paul George and Myles Turner, who just finished a strong rookie season, on the roster. Bird is open to hiring a first-time head coach or a coach who did not play in the NBA. He has already ruled out former Boston Celtics teammate Kevin McHale, who was fired by the Houston Rockets early last season.

"I'll take my time and go through a lot [of names], make sure we can get the guy that can lead them and push them and get the ears of the players," Bird said. "We're excited about it."

Bird said he first thought about the coaching change around the All-Star break, but he held off on his decision because he doesn't like making coaching changes during the season. On Thursday morning, Bird called Vogel and informed him that his contract would not be renewed.

"He was trying to talk me out of this decision," Bird said. "Frank loves it here, his family loves it. He kept bringing it up about if we can sit down and delay the news conference and start all over again. He's going to be missed. He's good for our community."

Bird's decision to let Vogel go was different from when he fired Rick Carlisle and Jim O'Brien in 2007 and 2011, respectively. He told both of those coaches in person. O'Brien was in the room when Bird called Vogel to inform him that he would be named interim coach in January 2011.

Vogel, who worked his way up the ranks from being a video coordinator with the Celtics, took over as interim coach of the Pacers in January 2011, when O'Brien was fired.

Vogel took over a fragile team that was mentally beat up by O'Brien and led them to the playoffs; they played a competitive first-round series against the top-seeded Chicago Bulls. During that series, Vogel instilled confidence in then-rookie George by having him defend Bulls point guard Derrick Rose-- that year's league MVP.

Vogel emphasized a "smashmouth" style of basketball that focused on defense, with center Roy Hibbert anchoring the middle. The Pacers won back-to-back Central Division titles, reached the Eastern Conference finals in consecutive seasons and had a stretch in which they went to the playoffs for four straight seasons after they had missed reaching the postseason in the four seasons prior to Vogel becoming coach

Things started to change for Vogel and the Pacers when George missed all but six games after he broke his leg while training with Team USA in the summer of 2014. Indiana missed the playoffs for the first time under Vogel in 2015.

The Pacers transformed their style of play last season after they traded Hibbert to the Los Angeles Lakers;power forward David West, the backbone of the team, opted out of the final year of his contract to pursue a title with the San Antonio Spurs. 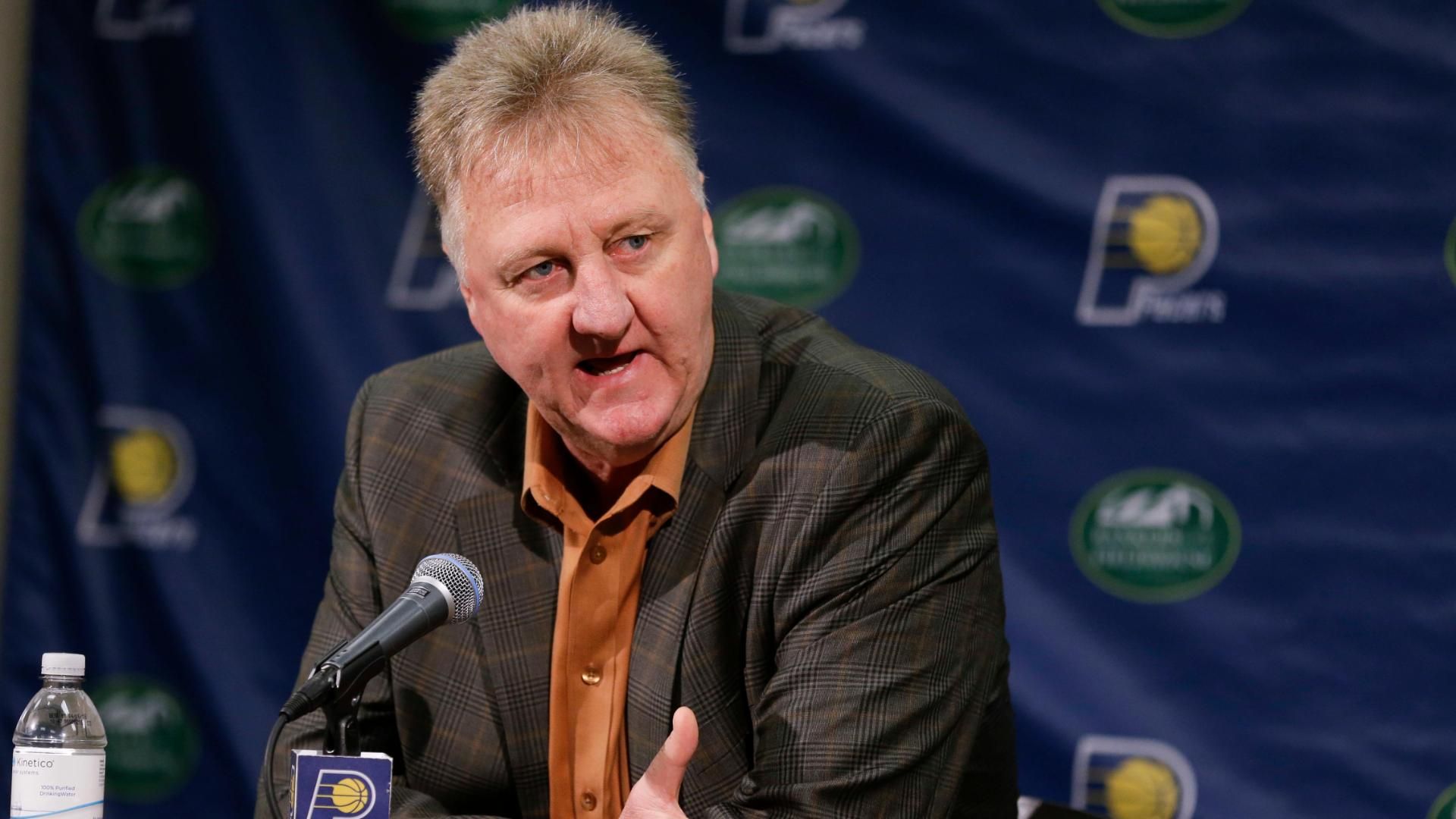 Bird: It's time for a new voice for Pacers
Larry Bird explains why the Pacers decided to part ways with coach Frank Vogel.