ESPN
By David Newton
CHARLOTTE, N.C. --Carolina Panthers coach Ron Rivera indicated on Thursday that if quarterback Cam Newton is cleared from the concussion protocol he will play Monday night against Tampa Bay.

Rivera said he won't know the status of the reigning NFL MVP until later in the week.

"I'm going to listen to exactly what I'm told,'' said Rivera, whose team is part of a probe by the NFL and NFLPA into how the protocol was followed when Newton was not taken out of the opener after taking several hits to the helmet.

"That's the thing I want everybody to understand. I'm going to do exactly what the doctors, the professionals, the people that study this, tell me. Then I'm going to look to the young man. I'm going to treat him exactly like I treated Luke Kuechly [last season]."

That was Rivera's response when asked if he would consider holding Newton out even if cleared. In 2014, Rivera did not play the quarterback in the opener against Tampa Bay even though Newton wanted to play a few weeks after receiving fractured ribs in a preseason game.

Rivera made the decision because doctors told him a hit in the wrong place could sideline Newton even longer.

The decision on Newton now is completely out of Rivera's hands.

"We follow the protocol,'' Rivera said. "We've never had any issues with following the protocol. We're not forcing players to get onto the football field. We'll do exactly as the protocol tells us, and the doctors and the experts tell us."

Kuechly missed three games last season after suffering a concussion in the opener.

Newton, who suffered the concussion in the fourth quarter of a loss Sunday at the Atlanta Falcons, was among six starters that did not participate in practice Thursday.

Rivera would not say which of the five phases of the concussion protocol Newton was in, but Newton did not appear on the practice field.

One of the final two steps of passing the protocol is football-specific work in noncontact drills such as throwing and running before advancing to the final step of full activity.

Michael Oher, Carolina's starting left tackle, has been in the concussion protocol since Friday when he informed the team he was having headaches. He also was not on the field Thursday.

First-round pick Vernon Butler, a backup defensive tackle, also was out with a high ankle sprain that kept him out against Atlanta.

Rivera said there was concern that all might miss the game Monday. He didn't completely rule out the return of Stewart, who has missed the past two games.

Rivera said the 2015 Pro Bowl selection had a good day running on the treadmill in the pool and pulling a sled on the sideline at practice. When asked if Stewart might play, Rivera said, "We'll see."

Most of the focus was on Newton and backup quarterback Derek Anderson, who went 2-0 against the Buccaneers in 2014 when Newton was injured.

"We've got absolute confidence in Derek,'' Rivera said. "He's done a great job for us. He's been very steady since he's been here the whole time. Guys have a lot of confidence in him, as well.

"That's probably one of the more important things. Whenever you can bring a player in, and he's the next guy up, and everybody seems to have confidence in we just keep moving forward."

Rivera joked that the only difference in the game plan with Anderson instead of Newton is that when the read-option is called Anderson likely will "hand the ball off." 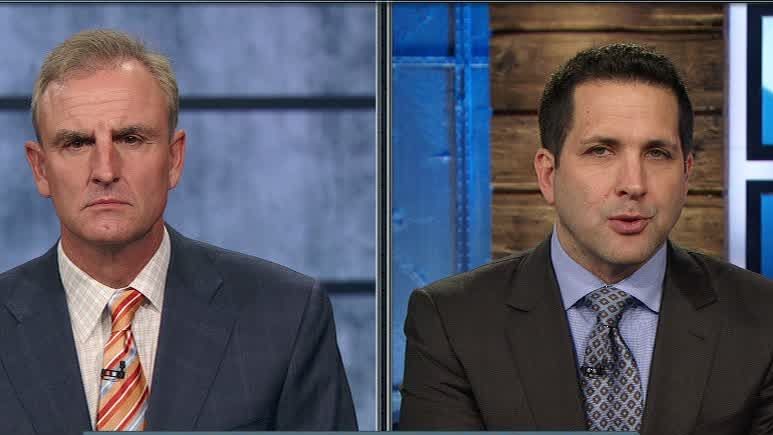