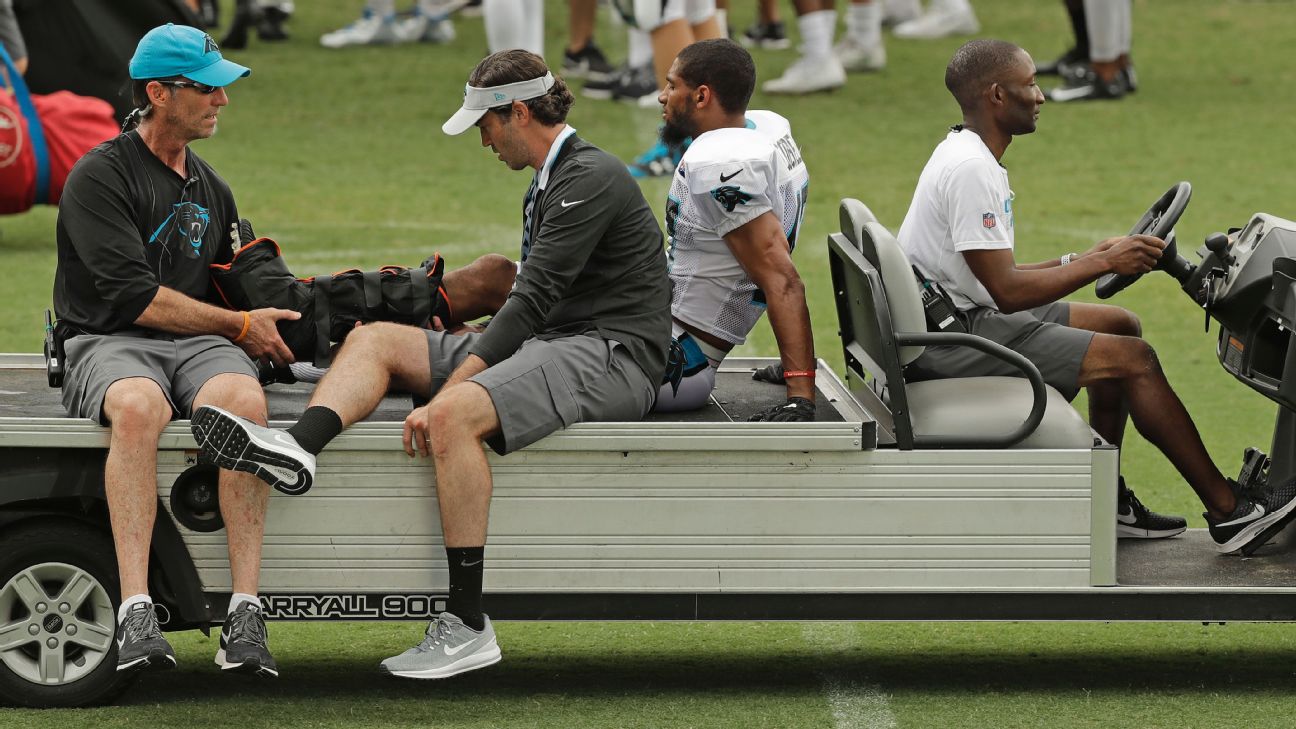 SPARTANBURG, S.C. -- The Carolina Panthers suffered their second serious injury in less than a week as cornerback Ross Cockrell went down with a fractured left tibia and fibula.

Cockrell was screaming and holding his left leg on what would be the final play of practice Monday. He collided with wide receiver Torrey Smith in the end zone and could be overheard screaming that his "leg is broke" as players gathered around and took a knee.

"To hear a grown man scream, you know it's not good," rookie cornerback Donte Jackson said.

The Panthers will wait until after Cockrell undergoes surgery before establishing a timetable for his return.

The scene was similar to what happened Saturday, when starting right tackle Daryl Williams went to the ground screaming with what would turn out to be a torn MCL and dislocated patella.

"Ross was doing some really good things," coach Ron Rivera said before the full extent of the injury was known. "He's a wily veteran and a guy that has really done some really good things since he's been here. It's one of those things you have a guy who is going to contribute. It's a tough one because he's such a good person too."

The Panthers signed Cockrell in March to a two-year, $6.8 million deal. He was set to compete with Jackson and others for the starting spot opposite James Bradberry.

His injury means more work for Jackson, who was limited Monday with a slight groin injury.

"For the most part, his situation came during normal circumstances," Rivera said. "Watching Daryl's, he misstepped. He was getting pushed too. It was the unfortunate part.

"It was tough. It really was, because both of those guys worked very hard for us."