Panthers hope officials are 'All In With Cam Newton' 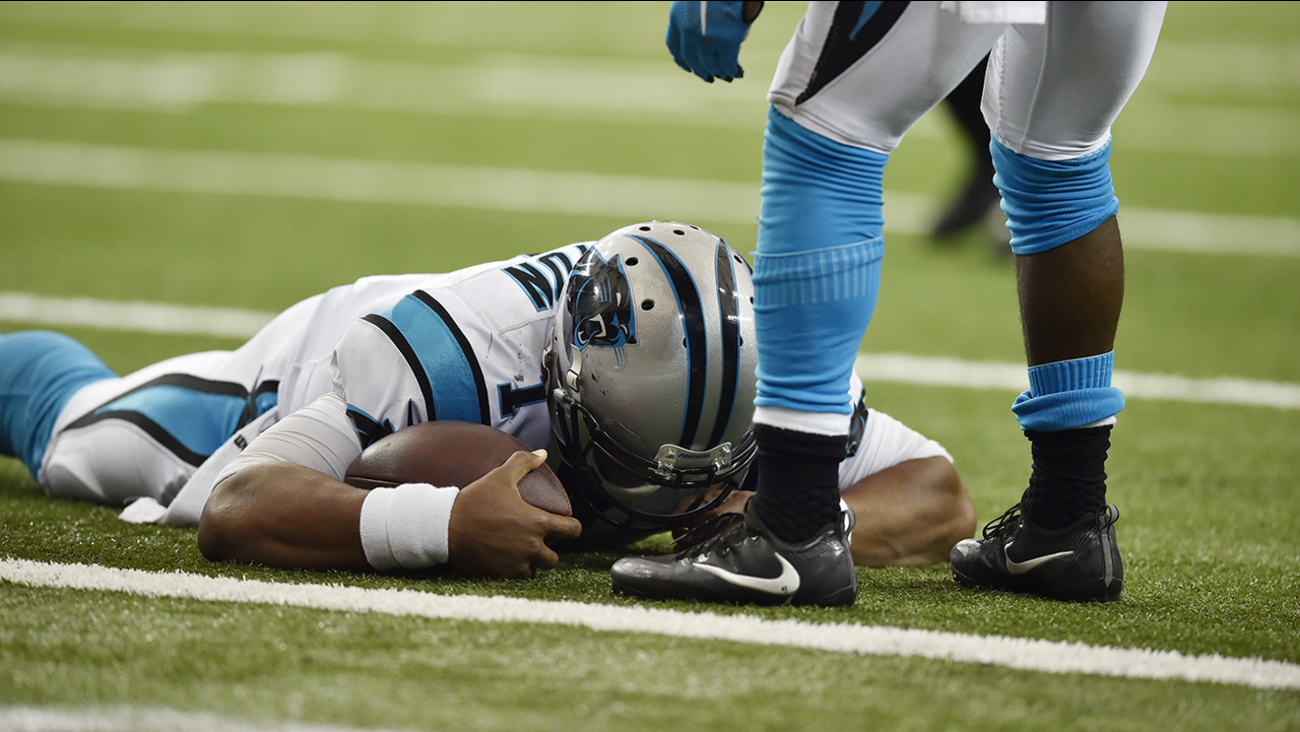 LOS ANGELES -- Are officials "All In With Cam Newton?"

The Carolina Panthers quarterback spent much of the offseason in the Los Angeles area filming his Nickelodeon television show by the above name.

Today against the Los Angeles Rams the NFL MVP will find out if the officials are all in with his complaints about not being treated fairly in the pocket.

The 4:05 p.m. ET game at Memorial Coliseum will be Newton's first since Tuesday's phone conversation with commissioner Roger Goodell about the number of late hits the 27-year old is taking in the pocket.

Newton called out the officials and the league after last Sunday's 30-20 win against Arizona for not treating him like other quarterbacks when he's a pocket passer. He talked about not feeling safe in the pocket, how the late hits are taking the fun out of the game.

That got him an audience with Goodell.

Newton said the call went well and his point was made. He also said there's no way to tell if it'll make a difference until game day. Carolina coach Ron Rivera, who spoke with Goodell on Monday, agreed.

Newton hasn't had an opponent penalized for roughing the passer since 2014. That despite being hit 59 times in the pocket, the ninth-highest total in the NFL, during that span.

The NFL admittedly missed a roughing the passer penalty a week ago when Arizona defensive tackle Calais Campbell hit Newton below the knees in the third quarter.

Newton called that the breaking point that led him to openly complain about the officiating that has bothered him for a while.

He said enough is enough.

"Illegal hits for me starts in the pocket," Newton said. "I know when I am running the football I am on my own. I understand that. I'm not a dummy or oblivious to the fact that I run the football more than any quarterback who has ever played this game. I mean, duh. I'm fine with that.

"In the pocket, that's all I'm asking for, just to get certain things, the standard or every person getting the same calls, that's all."

Rams coach Jeff Fisher, a long-time member of the competition committee before stepping down this year, acknowledged Newton's point.

"The league's No. 1 priority from a player safety standpoint is protecting the quarterback, and they are continuing to look at it," he said. "They are evaluating their process.

"I certainly understand where Cam is coming from in the pocket."

But Newton, as he reminded, runs more than any quarterback in the league. The opposition and the officials are mindful of that.

That's part of the dilemma here.

Sometimes it's a judgment call. Defenders don't always pull up because Newton is in the pocket because they don't know whether he's going to hand the ball to the back, keep it himself or attempt a pass.

They play the game full speed, as Hall of Fame sack specialist Kevin Greene said they should earlier in the week. Greene also said Newton should stop complaining and just play the game.

Fisher doesn't buy into Rivera's Shaquille O'Neal theory, that Newton doesn't get the benefit of the doubt because at 6-foot-5 and 260 pounds he's bigger than most quarterbacks. He believes defenders are doing their jobs, just as Newton is doing his job, just as officials are doing their job. He acknowledges sometimes calls are missed but doesn't believe there's a conspiracy theory here.

"They're being officials the best they can," Fisher said. "I don't know that things are officiated differently based on who the quarterback is."

But because of the events of the past week, there will be more eyes than normal on Newton today so see if that's true.

Here are four things to keep an eye on beside Newton and the officials as the Panthers (2-5) take on the Rams (3-4):

Road woes: The Panthers are 0-3 on the road this season, and defense has been the biggest issue. Carolina is allowing 36.7 points away from Bank of America Stadium. That's the second-most in the NFL behind San Francisco at 42.7. Granted, Carolina has played the league's most potent offenses -- Atlanta and New Orleans -- away from home. The Rams aren't nearly that explosive. They are averaging only 17.1 points a game, tied for second-worst in the NFL. That the Rams rank last in the NFL in passing yards per game (191.3) also bodes well for a Carolina defense giving up a league-most 366.7 yards passing on the road. The return of James Bradberry (toe) to a secondary that finally is getting healthy should help.

Center of attention: Gino Gradkowski could get the start at center with Pro Bowler Ryan Kalil nursing a shoulder injury. As well as Gradkowski played when he replaced Kalil in the first half against Arizona, he'll be facing a stiffer challenge in defensive tackle Aaron Donald, who has 23 sacks in two and a half seasons. Controlling Donald will be key not only in terms of pass protection, but for opening up the middle for running back Jonathan Stewart. The 2015 Pro Bowl selection has 180 yards rushing and four touchdowns in the last two games after returning from a hamstring injury. And don't rule Kalil out. Nobody wants to play in this game more than the former first-round pick out of Southern Cal, which plays home games at the Coliseum.

Sack attack: Donald's three sacks aside, the Rams haven't done a good job of pressuring the quarterback this season. They have only 10 sacks overall, the third-fewest in the league. Newton and the offense have struggled when pressured, most notably against Denver and Minnesota. That Newton has been sacked only four times in his last three starts, compared to 12 in the first three, is a good sign for Carolina. But if the sacks start coming, watch out.

Stop Gurley: Carolina's goal every week is to stop the run first and make the opponent one-dimensional. That'll be even more essential against a Rams team that relies heavily on Todd Gurley and the running game to create offense. The Panthers rank second in the NFL against the run, giving up only 80.1 yards a game. Gurley is averaging only three yards a carry, which ranks last among backs with at least 60 rushes. He doesn't have a run of 20 or more yards. If Carolina stops Gurley, it can attack quarterback Case Keenum the way it attacked Carson Palmer a week ago with eight sacks. Ten of Keenum's 16 sacks have come in his four losses. That pressure probably explains that nine of his 10 interceptions came in the losses.
Related topics:
sportscarolina pantherscam newton
Copyright © 2021 ESPN Internet Ventures. All rights reserved.
TOP STORIES
LATEST: NC surpassed 2,000 new COVID cases over the weekend
Person Co. woman with long-term COVID-19 symptoms urges vaccinations
Billy Graham's grandson hospitalized with COVID-19
Pandemic delays may lead to school supply-chain disruption
Woman charged in death of 21-year-old motorcyclist in Fayetteville
Old school buses to be converted into homeless emergency shelters
Show More
State Commission could take over Spring Lake's finances
4 arrested in drive-by shooting that killed teen
NC transgender teen inspired by LGBTQ+ athletes at 2021 Summer Games
Trump inaugural chair: I'm '100% innocent' in lobbying case
WEATHER: It's going to get hot later this week!
More TOP STORIES News