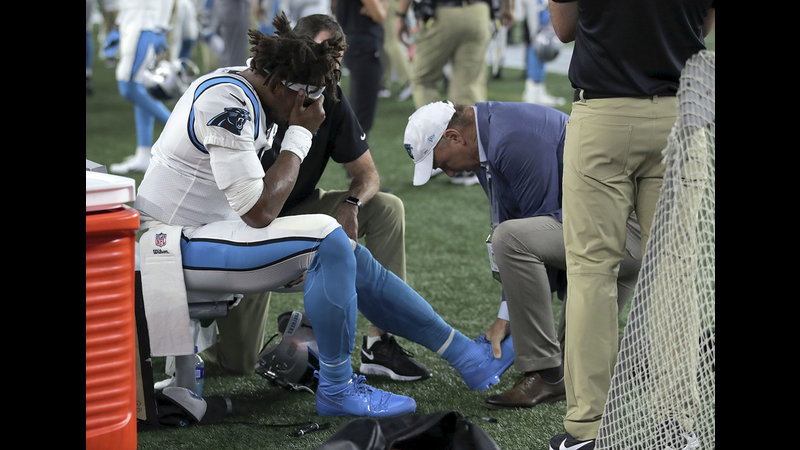 FOXBOROUGH, Mass. (WTVD) -- A healthy Cam Newton could be just what the Carolina Panthers need this year but who will come in after Newton is the question.

That question became top of mind Thursday when Newton had to leave the third preseason game with a foot injury.

The Carolina Panthers starting quarterback left Thursday night's 10-3 exhibition loss against New England in the first quarter after being tackled on a play. He could be seen grimacing on the sideline.

The good news for Panthers fans, X-rays came back negative. The injury is being classified as a sprain, but further evaluation will take place Friday. 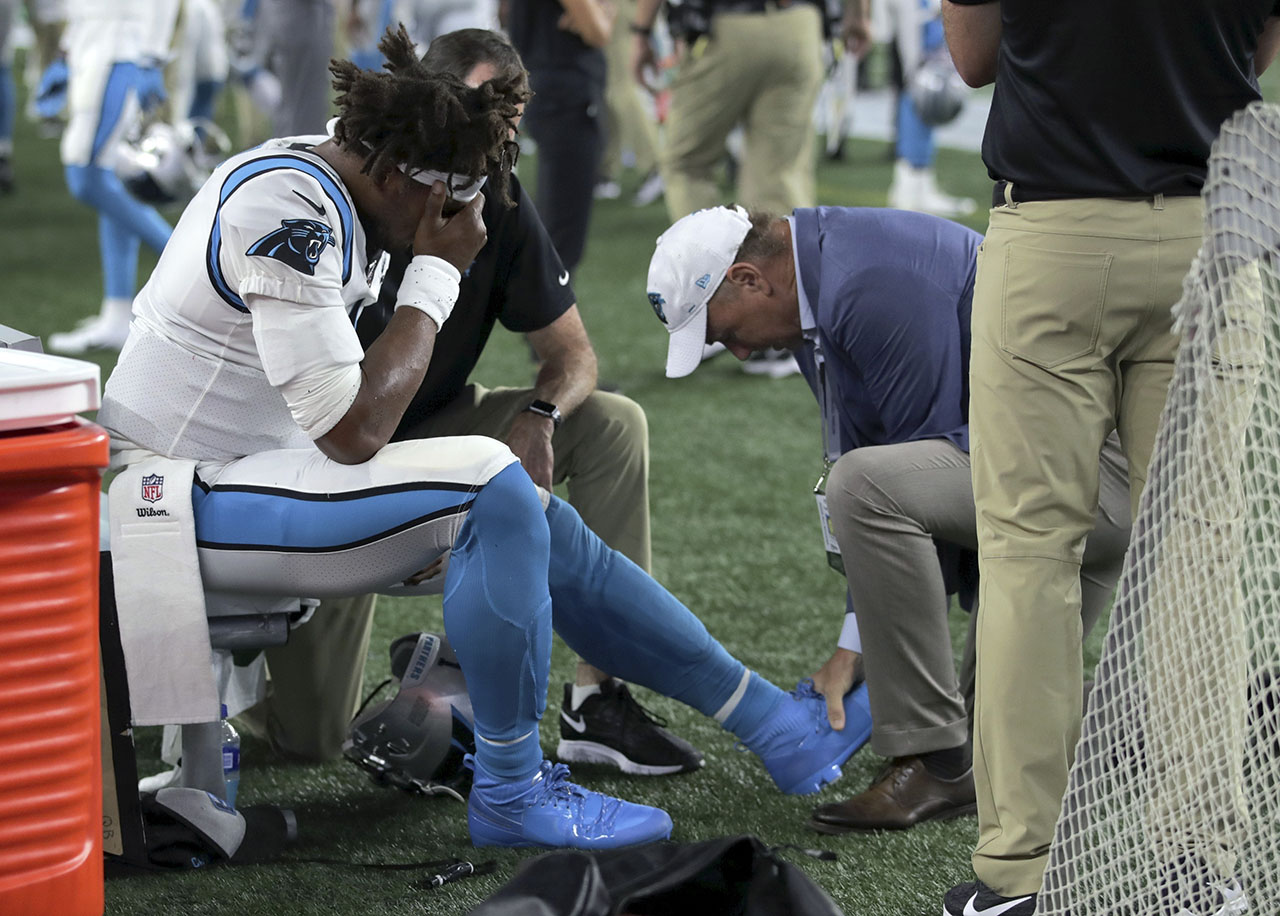 Panthers quarterback Cam Newton receives attention on the sideline after an injury in the first half of an NFL preseason football game against the New England Patriots.

The 2015 NFL MVP was playing for the first time since Dec. 17, when the team shut him down for the last two games of the season because of shoulder fatigue that prevented him from throwing the ball downfield. He had arthroscopic surgery in January and did not play in the first two preseason games.

Newton appeared to be injured when he was sacked for a loss of 8 yards by Adam Butler on a third-and-10 from the Carolina 31. It was one of two Patriots sacks while Newton was in the game.

Newton was initially evaluated on the sideline and quickly accompanied to the locker room and did not return. He went 4 for 6 for 30 yards.

Kyle Allen took over at quarterback in the second quarter.

The backup quarterback battle continues between Allen and the rookie from West Virginia University, Will Grier.

"Those guys are competing and that's what they are here for is to compete to find out who the next best guy is," head coach Ron Rivera said.

Allen, who's started the first two preseason games seems to have an edge over Grier.

Neither quarterback stood out in the second preseason game against the Buffalo Bills. Allen went 4-11 and Grier completed 10 of his 19 attempts, but also threw an interception.

"Kyle is as resilient and aloof to pressure as I've ever seen in a quarterback," Rivera said. "Will is trying so hard; he's a young guy who wants to learn and do things the right way. He's just got to relax, in my opinion. From what I see, he's just pressing sometimes."

Rivera said the battle for the No. 2 spot is still very much up for grabs.