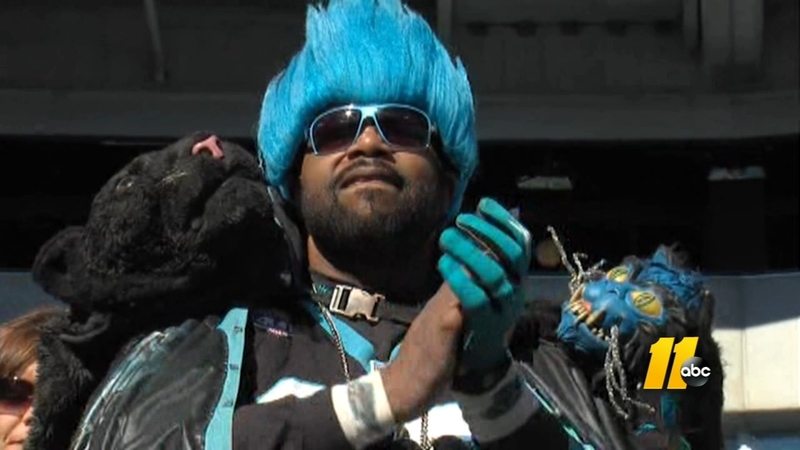 CHARLOTTE, N.C. (WTVD) -- The Carolina Panthers will be without one of their biggest fans this season. They called him the unofficial, official mascot.

"I know that you're not a true Panther fan if you don't know who Catman is," said fan Tatjana Young.

"Every game that he'd come to, we always just wait and say 'Catman are you coming?'" said Antoine Cunningham, a guest relations employee for the Carolina Panthers. "Through the years I would see him but for the three years since I've been here he never ... unless he was sick we knew something was going on because Catman was going to be here."

Section 104 in known for its fans, specifically Catman, and this season his son will take over his spot.

"It means a lot," Young said. "If you know the history of him, he's been attending games from day one. Drove from Winston Salem all the way to Charlotte."

"When we found out about his passing, it definitely hit home," Cunningham said. "Going to miss him, definitely."

"When the PSL owners come in here for the first time without him, that's what I thought about," Cunningham said. "What am I going to be able to bring to the team to lift their spirits and let them know that he would want this team to succeed?"

Cunningham isn't the only one affected by Catman's passing. Head coach Ron Rivera took to Twitter shortly after Good died.

I was sorry to hear of the passing of Greg Good aka Cat Man. He was the first iconic Panther Fan to greet me & I always appreciated his love for @Panthers Condolences to his family. He will be missed! https://t.co/pr3OpyXBrD

"Catman would want this team to be successful," Cunningham said. "He wants the Carolina Panthers to make it to the Super Bowl and he was undoubtedly the most unofficial official mascot. He's going to live on. His home here is Section 104, and he will always be in my heart."