Panthers ready to move on after shock of Kelvin Benjamin trade 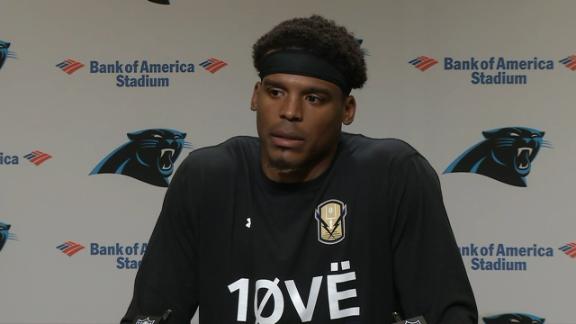 "I would be lying if I didn't say it surprised me,'' wide receiver Russell Shepard said on Wednesday. "It surprised everybody in the building. It surprised some of the people on the coaching staff.

"It just shows you as much of a game as this is, it's a business. Some decisions, man, they come from left field.''

Quarterback Cam Newton's demeanor signaled obvious sadness over the loss of one of his closest friends on the team. He pointed out his "emotional connection'' with the 28th pick of the 2014 draft but also reminded that he had to be a professional and focus on beating NFC South rival Atlanta (4-3) on Sunday.

"When I get outside of my emotional state of mind, I think everything else will be back to normal,'' Newton said. "End of the day, I still have to find ways to win football games. That's what I'm here for.''

Coach Ron Rivera said the trade, which netted the team two picks in next year's draft, was made in the "best interest of the football team.''

"What this does is give us an opportunity to put some young guys on the field with speed,'' Rivera said.

Rivera noted that Benjamin (6-foot-5, 245 pounds) and Devin Funchess (6-4, 225), the starting receivers before the trade, have similar skill sets. He said defenses have used a lot of press coverage on those two and stacked the box to stop the run the past three weeks.

Newton has been the leading rusher in each of those games, and the Panthers, 1-2 during that span, have struggled to reach 100 yards rushing.

The trade allows Carolina (5-3) to put a speed receiver such as Shepard, Curtis Samuel or Kaelin Clay -- or even running back/receiver Christian McCaffrey-- opposite Funchess.

Rivera said that should force teams to back off their press coverage and open up the running game.

That Newton had his best season without Benjamin in 2015, when he won the NFL MVP, also was a factor. Newton threw a career-high 35 touchdown passes that season.

"One of the things I appreciated in 2015 was how many guys were targeted,'' said Rivera, noting how Newton spread the ball around more than any time of his career while Benjamin recovered from a season-ending knee injury suffered in training camp.

"Everything's a message,'' he said. "If you're producing, if you're not a part of something we're doing as a team, you can be gone at any minute.''

But Benjamin was producing. He led the team in receiving yards this season with 475 and was tied for second in touchdown catches. Since arriving in 2014, despite missing the 2015 season, he has been Carolina's most productive wide receiver.

"There's nothing I can make sense of,'' Dickson said.

Asked what he thought the message was to Carolina, a half-game behind New Orleans (6-2) in the NFC South, Newton said, "End of the day, it's a business.''

"Think Atlanta cares about that?'' Newton added. "Know what I'm saying? My feelings aren't relevant. We got one job to do win -- football games and I'm up to that task.

"It's hard when you have emotional attachments. End of the day, life goes on. I don't think they are going to have a parade when I leave here. Still going to be football on Sunday. Protest, no protest, this person here, that person gone, football still going to be on Sunday. Everything moves forward.