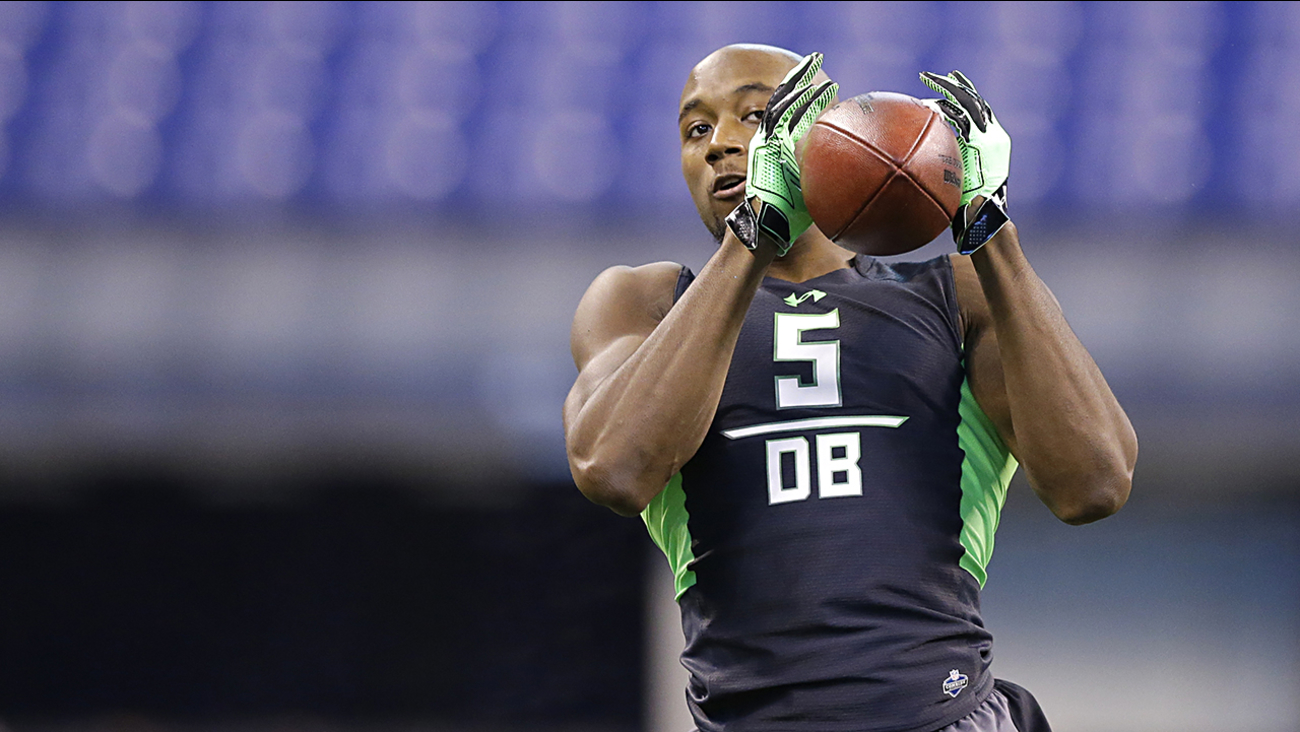 James Bradberry didn't know when he'd get picked in this year's NFL draft.

So when the Carolina Panthers called Friday, the cornerback out of Samford was working around his mother's home in Pleasant Grove, Alabama.

"I was actually fixing the toilet in my mom's bathroom when they called," Bradberry said.

I'm speechless lol I'm excited to be apart of the @Panthers organizations!!!

The Panthers added to their defensive secondary during Friday's rounds of the draft, taking Bradberry in the second round and cornerback Daryl Worley out of West Virginia in the third round.

Carolina, which lost to the Denver Broncos in the Super Bowl, addressed a need in its secondary after the departure of All-Pro cornerback Josh Norman to free agency.

Bradberry was taken with the 62nd overall pick, while the Panthers traded up with the Cleveland Browns to take Worley with the 77th overall pick.

The move to draft Bradberry and Worley came after Carolina took Louisiana Tech defensive tackle Vernon Butler with the 30th overall pick in the first round on Thursday.

"If you had told me two nights ago that we'd come out with Vernon Butler and these two guys, I'd have been very happy," Carolina general manager Dave Gettleman said. "They're both big, they're both young, they both can run, they're both physical and they both have really good ball skills.

"We're pleased that we could get them both. We had second-round values on both of them."

PANTHERS GO BIG IN FIRST ROUND WITH VERNON BUTLER

Bradberry was surprised to get picked in the second round - he was projected to go anywhere between the third and seventh rounds - but said the Panthers had expressed the most interest.

"I didn't know when I'd get picked," Bradberry said. "I had heard anywhere from the second round to the fifth, so I tried to keep a level head and not expect anything. I was ready for anything."

Bradberry, 6-foot-1 and 211 pounds, was a four-year starter with the Bulldogs after transferring from Arkansas State.

Playing primarily at cornerback, Bradberry had eight career interceptions and was a two-time all-Southern Conference pick. He also had 128 career tackles, including 90 solo tackles.

To take Worley, Carolina traded its third- and fifth-round picks in this year's draft with the Browns, who also got the Panthers' fourth-round pick (129th overall) this year in the deal.

The trade allowed Carolina to move up 16 spots in the third round. They will also move up 27 spots in Saturday's fifth round, from next to last (169th overall) to the second pick (141st overall).

"It's a blessing and an honor" to be drafted by Carolina, Worley said. "There was no other team in the NFL that I wanted to be with besides the Carolina Panthers. That was all I could tell my agent and my family. For it to come to fruition, it's a blessing."

With the 77th pick (3rd Round) of the 2016 #NFLDraft, the @Panthers select WVU Cornerback Daryl Worley #HailWV pic.twitter.com/SLfzVFlS2H

Worley, 6-1 and 202 pounds, was a two-year starter for the Mountaineers and finished his junior season with six interceptions.

However, Worley had his off-field problems while at West Virginia. He was suspended two games in 2014 and received a six-month suspended sentence after pleading no contest to a misdemeanor assault charge.

Worley said he had been accused of assaulting a woman at a Morgantown, West Virginia, nightclub while protecting his girlfriend.

"It was a simple situation where I was in the wrong place at the wrong time," Worley said. "All 32 teams saw the videotape, they had the official court documents which I gave to them.

"It was nothing malicious about it. It's behind me - it's expunged from my record, so I'm looking to move forward. Nothing like that is ever going to be a problem moving forward."

Gettleman said before taking Worley the Panthers did their due diligence. That included a daylong interview, and viewing the surveillance video of the incident.

"We went through the whole process with him," Gettleman said. "He was defending his girlfriend - there were no domestic violence charges here. We investigated it and talked to the kid at length, and we're comfortable with" their findings.