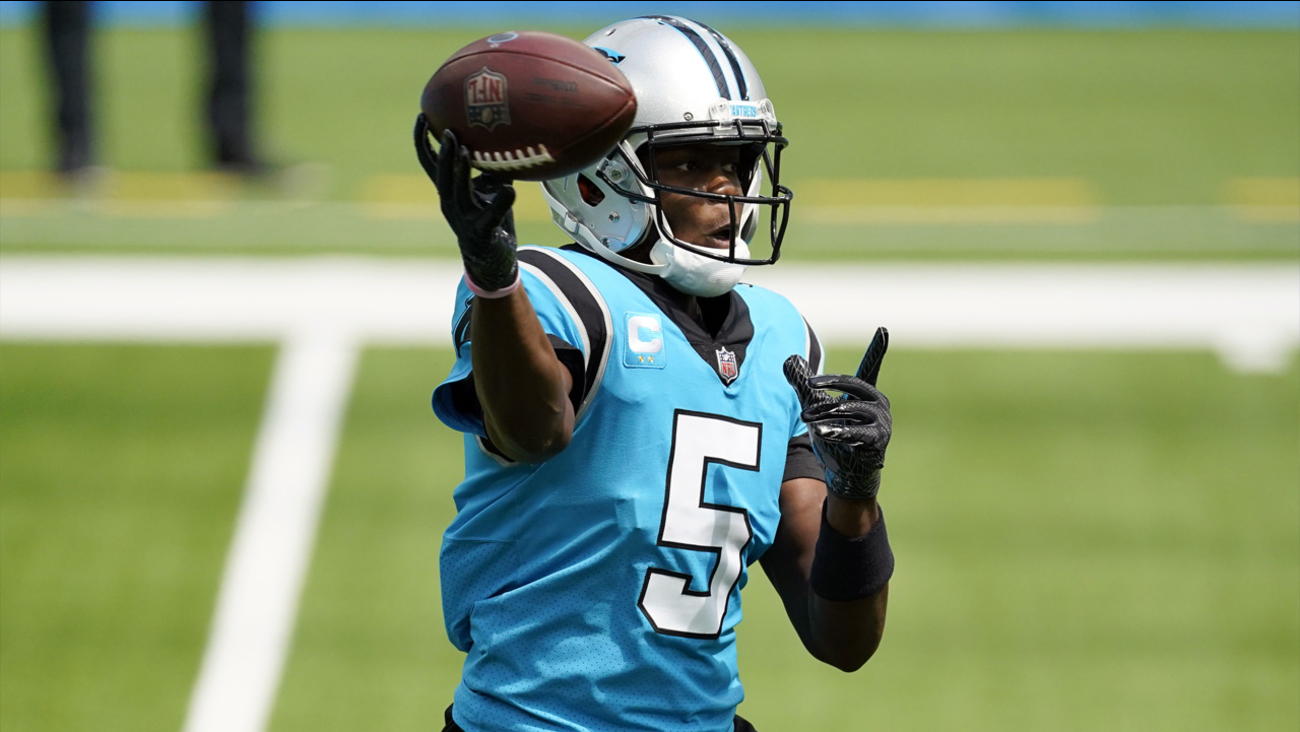 Panthers quarterback Teddy Bridgewater (5) throws against the Los Angeles Chargers during the first half of an NFL football game Sunday, Sept. 27, 2020, in Inglewood, Calif. (AP/Ashley Landis)

With the recent trade to bring New York Jets quarterback Sam Darnold to Charlotte, it was just a matter of time before Bridgewater was shipped out.

On Wednesday, the Panthers said they were sending Bridgewater to the Denver Broncos in exchange for a sixth-round 2021 pick.

The NFL Network first reported the deal, saying the Panthers will pay a portion of Bridgewater's contract in 2021.

Bridgewater's three-year, $63 million contract that he signed last year calls for him to make $10 million guaranteed and up to $7 million more in 2021.

The Panthers gave three picks (including a second- and fourth-rounder next year) to the Jets for the 23-year-old Darnold earlier this month.

He went 4-11 as the Panthers' starter last year and struggled to win close games down the stretch. He threw 15 touchdown passes and 11 interceptions.

The Panthers still have backup QBs in P.J. Walker and Will Grier.

Bridgewater has a 26-23 career record as a starter over his six seasons in Minnesota, New Orleans and Carolina.

New Broncos general manager George Paton, who has the ninth pick in the NFL draft Thursday night, has said for months he wanted to bring in competition for incumbent QB Drew Lock.

"Acquiring Teddy Bridgewater adds competition, experience and a strong veteran presence to our quarterback room," Paton said. "He's a talented player and leader who's had success in this league in a number of different situations. Being familiar with Teddy from Minnesota, he's going to compete and do everything he can to help us win."

Lock tied for the league lead with 15 interceptions last season in 13 starts and his passer rating ranked 32nd in the NFL. He is 8-10 in two years as Denver's starter.

The Broncos have struggled for years to find a suitable replacement for Peyton Manning, who retired a month after Denver's 24-10 win over Carolina in Super Bowl 50 and is headed to the Pro Football Hall of Fame this summer.