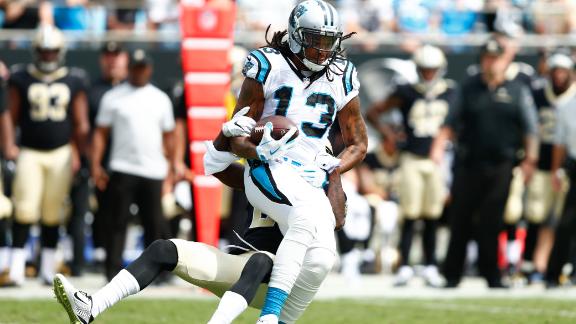 Benjamin was tackled awkwardly from behind after a catch over the middle, twisting the knee that ended his 2015 season in training camp when he suffered a torn ACL. He didn't return to the game.

The Panthers already were without Pro Bowl tight end Greg Olsen, who suffered a broken right foot in last week's win against Buffalo. He is out at least eight weeks after being placed on injured reserve.

Benjamin came into the game leading Carolina in receiving yards with 102 on seven catches. He had two catches for 8 yards against New Orleans before the injury.