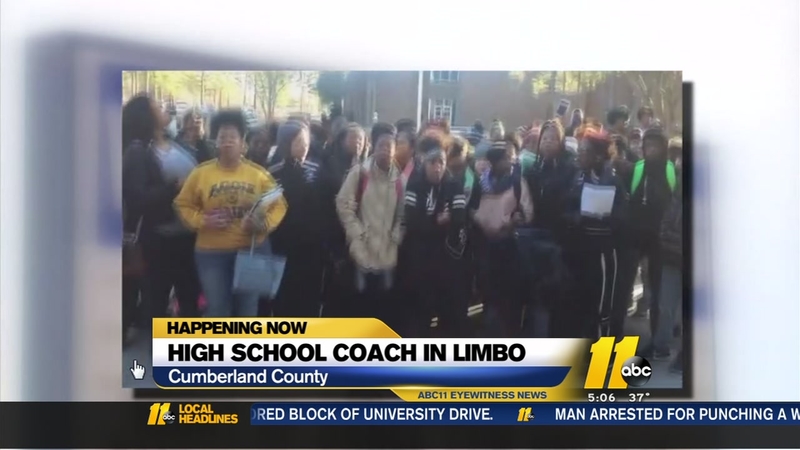 Nearly 100 students chanted "Let Coach Brown Coach" in front of the school before going inside to occupy the lobby.

Additional law enforcement was brought in to monitor the situation as students stood their ground. Students said the fire alarms went off again and the school was placed into another Code Yellow Lockdown.

"I'm very proud of those children for protesting what they believe in," said Tracy Gregg. Gregg has a niece that plays on the team. "(The basketball team) didn't have a good basketball coach last year. They have a good one this year. And they love her."

A permission slip by one of the parents for her daughter to attend the team-building event.

Parents, supporters, and players are up in arms over a team outing recently at the Embassy Suites. ABC11 obtained text messages and a permission slip confirming parents were aware of the outing and who paid for the hotel.

"How are you going to override when a parent makes a decision for their own child?" Gregg asked.

Friday, school administrators were scheduled to make a decision on Coach Brown's return to the team. In the late afternoon, administrators decided to postpone Brown's fate until further notice.

Parents are upset, as no reason was given to them. "(Westover HS principal) Dr. Lowery knows the parents paid for the rooms," said Melanie Kincy, whose daughter plays for the Lady Wolverines.

Supporters and parents have started a petition to lobby for the return of Coach Brown.

Brown has retained an attorney and is declining to comment until after a decision is made.

This morning (December 9, 2016), a group of students at Westover High School assembled and chose to express their concerns regarding a personnel matter. The concerns were noted.

School administrators directed the students to return to class. The school was placed on a Code Yellow Lockdown and additional security and supervision were provided in order to assure school-day normalcy. 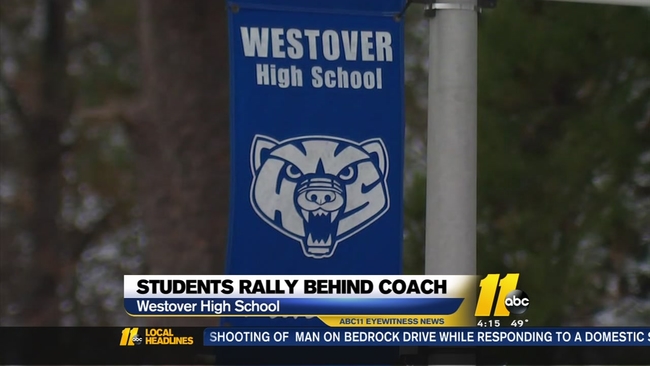