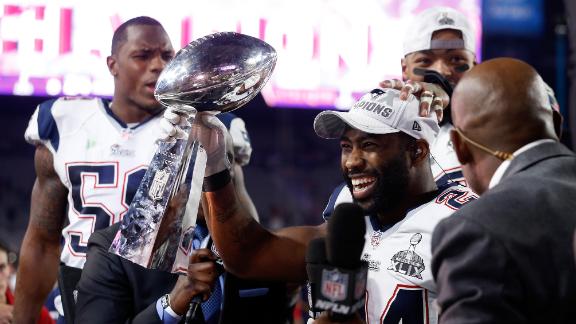 New England Patriots president Jonathan Kraft acknowledged that cornerback Darrelle Revis' contract for 2015 is a "placeholder" and that the sides plan to "get to work" on a potential contract extension in the coming weeks.

"Hopefully both sides want to make a deal and we'll be able to get one done," Kraft said on sports radio WEEI's "Dennis & Callahan" program with Kirk Minihane.

Revis' contract with the Patriots was a two-year deal through the 2015 season, but the pact was structured in a way that made it unlikely for the club to honor the second year, in part because of a mammoth $25 million salary cap charge.

"People understand that that's a placeholder and we'll get to work on trying to make [an extension] happen," Kraft said in the interview.

"He's been everything and more since he's been here," he said. "Patriots fans knew what he was like on the field, but didn't know what he was like off it. Having worn green all those years and the blind emotion we all have toward the Jets, you have one perception of the man. And the man is very different than that. He's a great guy and he works hard. There is no over-ego to him and he's a great teammate. He's been a real pleasure to have him as part of the organization."