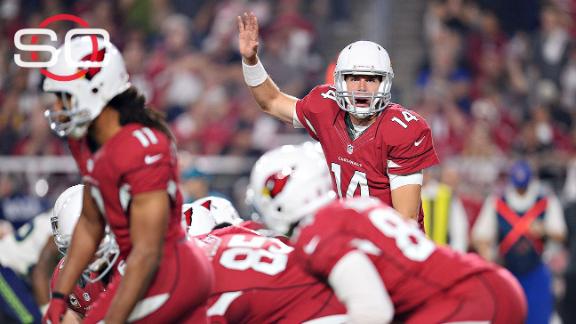 Flynn, who signed a one-year deal in June to serve as New England's No. 3 quarterback behind Tom Brady and Jimmy Garoppolo, had opened training camp on the active/non-football injury list and never passed his physical, coach Bill Belichick said.A hamstring injury kept him sidelined, according to ESPN's Dianna Russini.

Belichick confirmed Monday that with preseason games coming up, the Patriots were running out of time waiting for Flynn.

"There's definitely something to that. We don't have forever here; the train is moving," he said.

The Patriots' preseason opener is Thursday against the Packers,and the team had a need for a third quarterback.

Belichick did not rule out the possibility that Flynn could return in the future.

"I know he worked hard, it was frustrating he couldn't get out there, [that] we couldn't see him out there," he said.

Although Garoppolo is expected to play a good number of the snaps, the team needs a contingency plan in the event of injury, and likely would want to avoid reinserting Brady into the game in that scenario. Lindley, a sixth-round draft pick in 2012, started Arizona's playoff loss last season to the Panthers. His 10.9 total QBR in that game is the second-lowest total in a playoff game over the past five seasons.

Terms of Lindley's deal were not announced, but sources told ESPN that it is for one season.

Asked what traits he sees from Lindley that makes the Patriots want to work with him, Belichick said, "He has some experience, been with a couple different organizations, played some, and he's healthy. That's the most important trait."