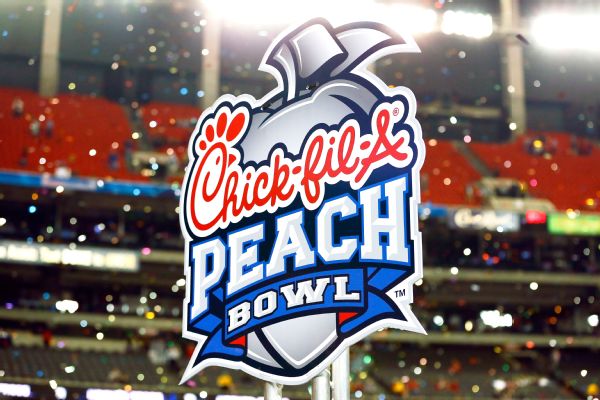 An item containing a powdery substance thrown from the stands hit an event staff worker in the face during the Chick-fil-A Peach Bowl on Saturday.

At least two dozen law enforcement officials, including the Atlanta Police Homeland Security Department and the Georgia Bureau of Investigation, blocked off the area near the south sideline by theWashington Huskies'bench. They also used a bomb-sniffing dog inthe area.

The item was tested for biological, chemical, radiological and nuclear entities, but the results were negative, a Georgia Dome spokesperson told ESPN.

The unidentified man struck in the face told investigators that the substance "burned my eyes." The man was later taken from the field in a wheelchair.

A law enforcement official said they were still seeking the individual who threw the item.