Pele: Neymar must change to be best 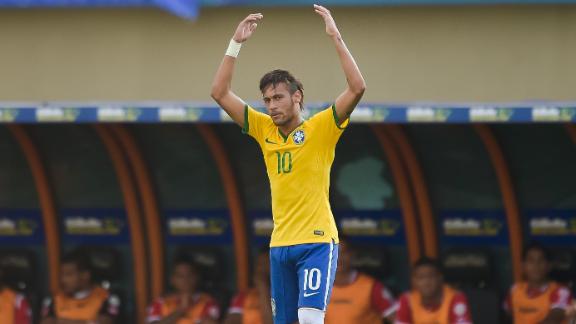 Brazil legend Pele feels Neymar is capable of becoming the world's finest player but stressed that he has to improve several areas of his game.

Neymar, who played a starring role in Tuesday's 4-0 win over Panama, remains Brazil's leading hope for the World Cup on home soil this summer.

Pele, who played a starring role in Brazil's first success in 1958 and was also part of the victorious 1962 and 1970 squads, said he hoped the 22-year-old could follow in his footsteps and establish himself as the best in the world.

"As a Brazilian, I hope that he has this bit of luck I had, but he needs to overcome a few hurdles first, especially winning a World Cup, to become the best player in the world," Pele told German sports weekly Sport Bild. "He also needs to change."

Pele told ESPN FC in April that Neymar has a "problem" with diving and, although he believes his move to Barcelona last summer had helped, he feels the former Santos man is still adapting to the physical side of the sport.

"Neymar needs to get to grips with his emotions and keep a cool head in the duels on the pitch," Pele said. "He needs to learn to play football standing up, and not fall down too quickly. That's why his transfer to Barcelona in 2013 was the best thing that could happen to Brazil.

"In Europe the game is tougher. Defenders stand closer to the man. The referees allow for more physical football to be played. He has to grit his teeth, but he is heading in the right direction, although still a long way from where I expect him to be."

Neymar- I've always dreamt of a World Cup
Brazil's Neymar is excited for the World Cup to begin as he indicated how he has dreamt of playing in a World Cup.

Neymar a different player with Brazil
FC's Craig Burley and Alejandro Moreno explain why Neymar seems to play so much better for Brazil than he does for his club team, Barcelona.

Highlights: Brazil 4-0 Panama
Neymar, D.Alves, Hulk, and Willian all scored in style for the Brazil squad as they continue their World Cup preparations with a 4-0 win against Panama on Tuesday. 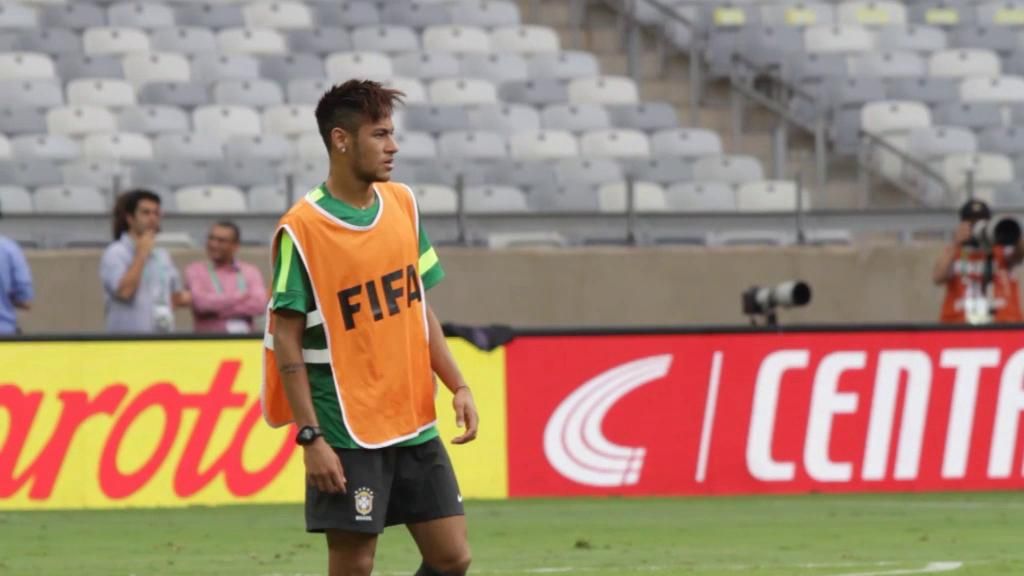