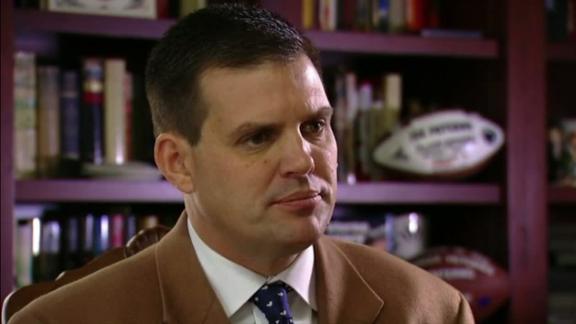 ESPN
By Josh Moyer
STATE COLLEGE, Pa. -- Penn State fans gave a standing ovation after the first of the university's three videos honoring the late Joe Paterno, while some Temple fans in the upper deck turned their backs in protest.

One red-lettered sign, behind the Owls fans, said, "He turned his back. We'll turn ours."

To commemorate the 50th anniversary of Paterno's first game as head coach -- a 15-7 win over Maryland on Sept. 17, 1966 -- Penn State decided to honor the longtime coach with several videos "on the impact to student-athletes" and by having two co-captains from his first team participate in the coin toss before Saturday's 34-27 win.

As soon as Paterno's familiar image -- shirt and tie, thick glasses and rolled-up pants -- appeared, fans erupted and kept cheering as DeVore read from a statement highlighting Paterno's commitment to student-athletes and academics.

"Before he became head coach in 1966, Joe Paterno spoke about recruiting more football players who were exceptional students," DeVore said. "He was determined to bring to Penn State students who could earn a world-class education and graduate and play football at the highest level."

Another video played in the third quarter, this one dedicated to Paterno and his widow Sue, and it featured their $4 million donation put toward expanding the library and local hospital.

Outside Happy Valley, the university's decision to recognize Paterno sparked widespread debate. Paterno was fired in 2011 amid the Jerry Sandusky child sex abuse scandal, and he remains a controversial figure nationwide.

At Penn State, however, Paterno is still revered. Outside Beaver Stadium, at the former site of his bronze statue -- which was torn down in the summer of 2012 -- fans placed knickknacks like balloons and posters in memory of the coach, who died in January 2012 at age 85.

Former players and alumni also left dozens of bricks to symbolize the wall that was demolished behind the Paterno statue. The wall celebrated player and team accomplishments.

"I do appreciate that [Penn State is] doing something," said Franco Harris, a former Nittany Lions and Pittsburgh Steelers player who has vocally supported Paterno in the past. "It's a good first step."

Harris delivered a speech to a crowd of at least 100 on the small, grassy hill where the statue once stood. College Football Hall of Famer Lydell Mitchell, who played at Penn State from 1969 to 1971, signed autographs and chatted with fellow supporters there.

Only one protester, stationed near the media gate, was seen during the pregame festivities. He held a sign that read, "You forgot already." Another protester showed up Friday for the private lettermen reunion to honor Paterno, holding an identical sign near Gate A.

That protester, Robert Hoatson, said he drove from New Jersey and had protested at Penn State before. Hoatson runs an organization, Road to Recovery, that helps survivors of sexual abuse.

"When I heard Penn State was organizing a tribute to Joe Paterno in any way, shape or form, my blood boiled again," Hoatson said. "It's outrageous."

In May, unsealed court documents revealed that a man said he complained to Paterno about sexual abuse by Sandusky in 1976 but was rebuffed. University president Eric Barron has said the allegation was not substantiated in court or tested by any other process.

Paterno was never charged with a crime related to the scandal.

Tom Kline, the attorney for the first of Sandusky's victims to reach a settlement with Penn State, said in a statement that those celebrating Paterno's accomplishments should remain mindful of his role in the scandal.

"While Penn State has chosen to officially celebrate the achievements of Joe Paterno, of which there have been many, no one should forget the failings which caused so much pain and anguish to the victims of Jerry Sandusky who have suffered so much for so long," Kline said.

Paterno finished his career as the winningest coach in FBS history with 409 victories but was fired in November 2011, shortly after Sandusky, Paterno's former defensive coordinator, was arrested for child sexual abuse. 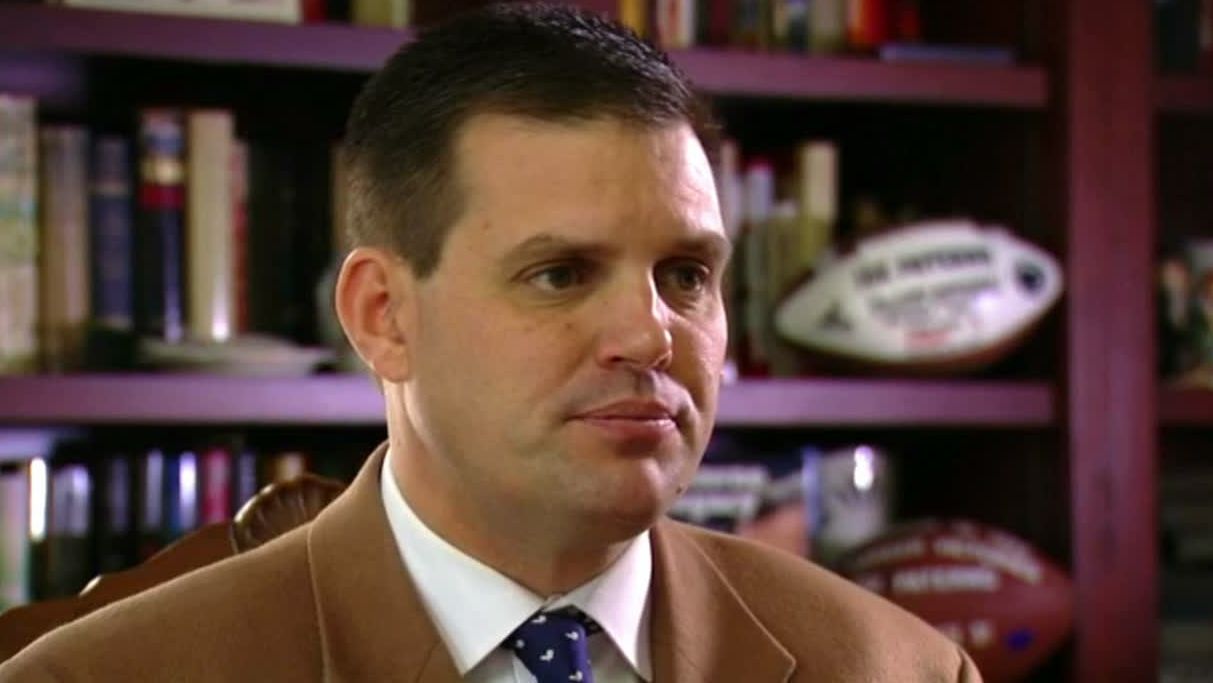 Paterno's son hopes Penn State gets its name back
Jay Paterno, the son of former Penn State coach Joe Paterno, speaks with Mark Schwarz about how he feels his father's legacy has changed since the Jerry Sandusky scandal and says he hopes the university is able to get its name back.
Related topics:
sportsespnjoe paternotemple owlsjerry sanduskycollege footballvideoprotestpenn state nittany lionstribute
Copyright © 2020 ESPN Internet Ventures. All rights reserved.
More Videos
From CNN Newsource affiliates
TOP STORIES