Peyton Manning goes above and beyond to track down Alaskan superfan 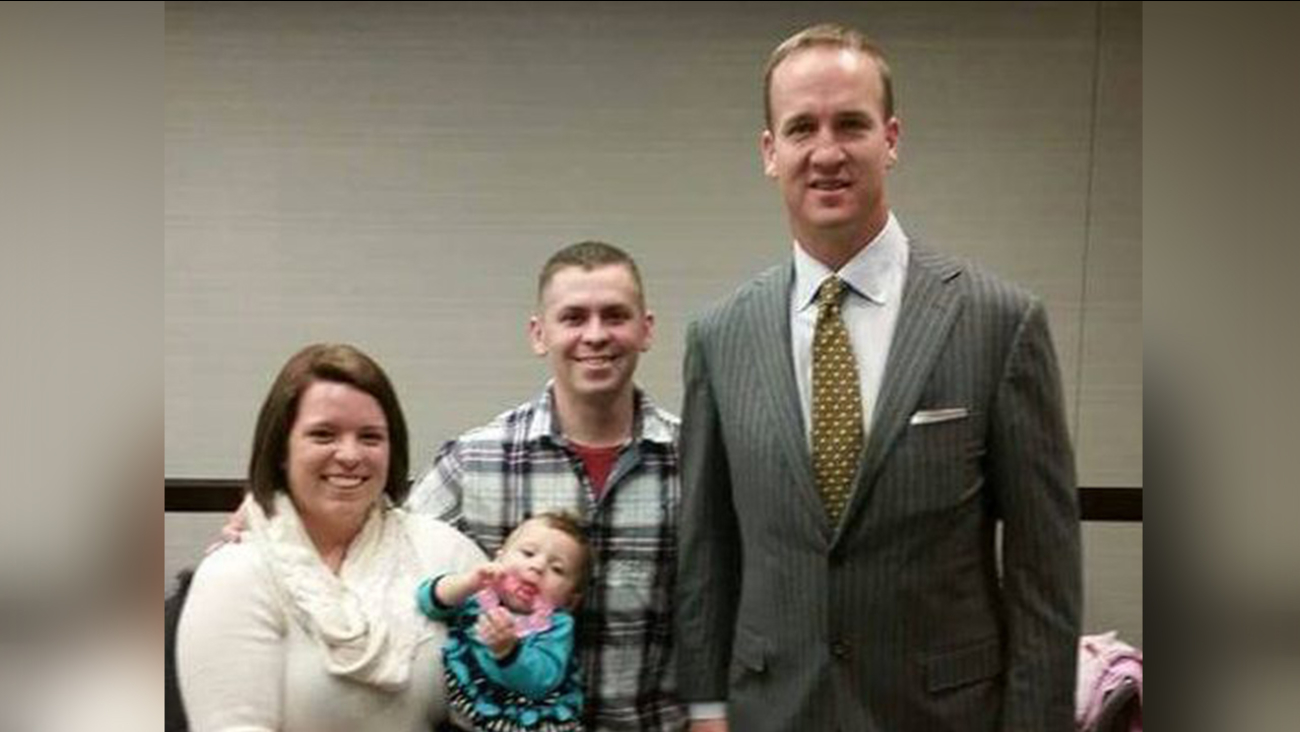 Denver Broncos quarterback Peyton Manning was able to locate Kristen Patterson of North Pole, Alaska who had written him a letter but didn't include her contact information. (Ryan Patterson / Facebook)

Denver Broncos quarterback Peyton Manning has a knack for finding the end zone, and apparently for finding distant Broncos fans as well.

Kristen Patterson of North Pole, Alaska had wrote a letter to Denver Broncos quarterback Peyton Manning on September 21. In her letter below obtained by the Indianapolis Star, Patterson expressed how big a fan her husband was of the quarterback.

My name is Kristen Patterson. I am writing to ask a question. You see my husband is a HUGE fan, and when I say HUGE I mean it. He is currently serving our country in the United States Army and has deployed twice to Afghanistan. He would set alarms to wake up at odd hours in the night just to listen to your football games. We recently had to move across the country for the Army and he tried to get us stationed in Colorado just so he could ensure that he would never miss your games.

We will be attending the Bengals vs. Broncos game on December 22, 2014, while home for the holidays, and it would mean so much to my husband if you might be able to find the time to just even say hello, not to mention it would make me to coolest wife ever of all time. I know you are a busy man, and if you can't, it will be ok. I just thought I might ask in the rare chance that you might agree to this.

Thank you for taking the time to read this.

However, Patterson failed to provide her full contact information on the letter. But after three months, Manning was able to use the Broncos' public relations team to locate Patterson through the utility company in the North Pole. The company then contacted state troopers, who were able to get a hold of Patterson.

"When I got a call from (an Alaska) state trooper they asked if I wrote a letter to Peyton Manning," Patterson told the Indianapolis Star. "They said the Denver Broncos were trying to get a hold of me. When I sent it, you never know if someone is going to read it or if it is going to be tossed in a pile. So I thought they never read it, no big deal."

But Patterson was able to keep the meeting between Manning and her husband a surprise when they travelled to Cincinnati for when the Broncos came to town to play the Bengals. The couple arrived at the Broncos' team hotel, and were taken up an escalator to a private conference room, where Manning later showed.

"Peyton introduced himself, asked my daughter's name and played with her for a second and thanked me for my service," Ryan Patterson told the Indianapolis Star. ""He seemed genuinely tickled that we lived in North Pole, Alaska. He said, 'You guys are really hard to find.'"

"Before he left he shook my hand and thanked me for my service one more time and I thanked him for being my quarterback," Patterson told the Indianapolis Star.