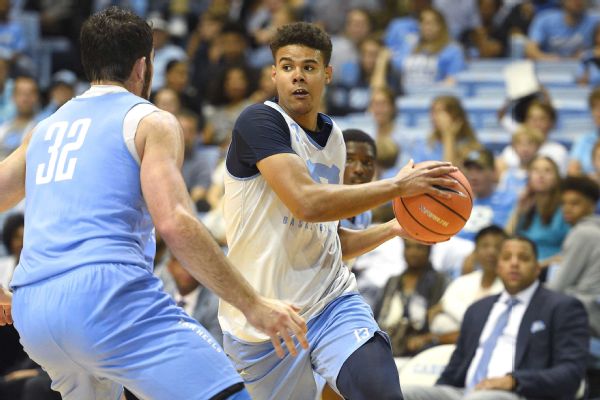 Johnson entered Wednesday night's game at the 16:33 mark of the first half after experiencing no setbacks during pregame warm-ups. It comes five weeks after Johnson had surgery to repair torn meniscus in his left knee.

The school had originally estimated he would miss four to six weeks.

Johnson has two years of eligibility but had a bumpy path to Chapel Hill. Pitt originally sought to block Johnson from playing immediately within the Atlantic Coast Conference due to an internal policy before relenting in June.