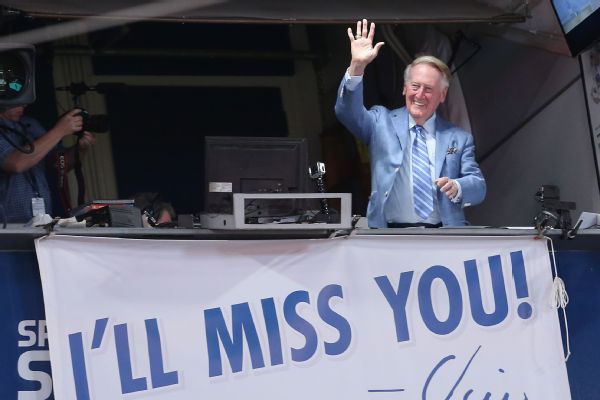 Vin Scully, the Hall of Fame baseball broadcaster who retired in October after 67 seasons with the Los Angeles Dodgers, will receive the Presidential Medal of Freedom from President Obama.

In addition to Scully, former NBA greats Kareem Abdul-Jabbar and Michael Jordan also will be honored.

The announcement was made by the White House on Wednesday. The medals will be awarded in a ceremony Tuesday at the White House. It will be streamed live on www.whitehouse.gov/live.

The Medal of Freedom, bestowed by the president, is the country's highest civilian honor. It is awarded to individuals who make significant cultural or security contributions to the United States or international contributions in the areas of culture or world peace.

Josh Earnest, the White House press secretary and a Dodgers fan, made the call to Scully to inform him of the award.

Told that his professionalism as an announcer captured the president's attention, Scully said. "Well, gosh, I am rather overwhelmed and humbled."

Scully retired at the end of baseball's regular season, ending his decades as the Dodgers' radio and television broadcaster. His last broadcast was Oct. 2, during the Dodgers' final regular-season game, in San Francisco. His final home game was Sept. 25, when the Dodgers clinched their fourth consecutive National League West title.

The Dodgers went on to lose to the Chicago Cubs in the National League Championship Series.

Scully served in the Navy and later graduated from Fordham University. He worked for the CBS Radio Network before joining the Dodgers' broadcast team in 1950. Known for his calm delivery and dulcet tones, Scully's famous pregame catchphrase was, "It's time for Dodgers baseball."

From 1975 to 1992, Scully also called NFL games for CBS Sports. One of his most famous football calls was of Dwight Clark's touchdown catch in the NFC title game on Jan. 10, 1982, which put the San Francisco 49ers in Super Bowl XVI.

Scully was awarded the Ford Frick Award from the National Baseball Hall of Fame in 1982 and received a Lifetime Achievement Emmy Award for sportscasting in 1995, the same year he was inducted into the National Radio Hall of Fame.

Abdul-Jabbar won three NCAA championships at UCLA and six more in the NBA -- five with the Los Angeles Lakers and one with the Milwaukee Bucks. Following his playing career, he's been a social activist and writer for a number of publications.

Jordan won six NBA titles with the Chicago Bulls, and five most valuable player awards during his 15 seasons. He is also a 14-time NBA all-star. Jordan currently is the principle owner and chairman of the Charlotte Hornets. 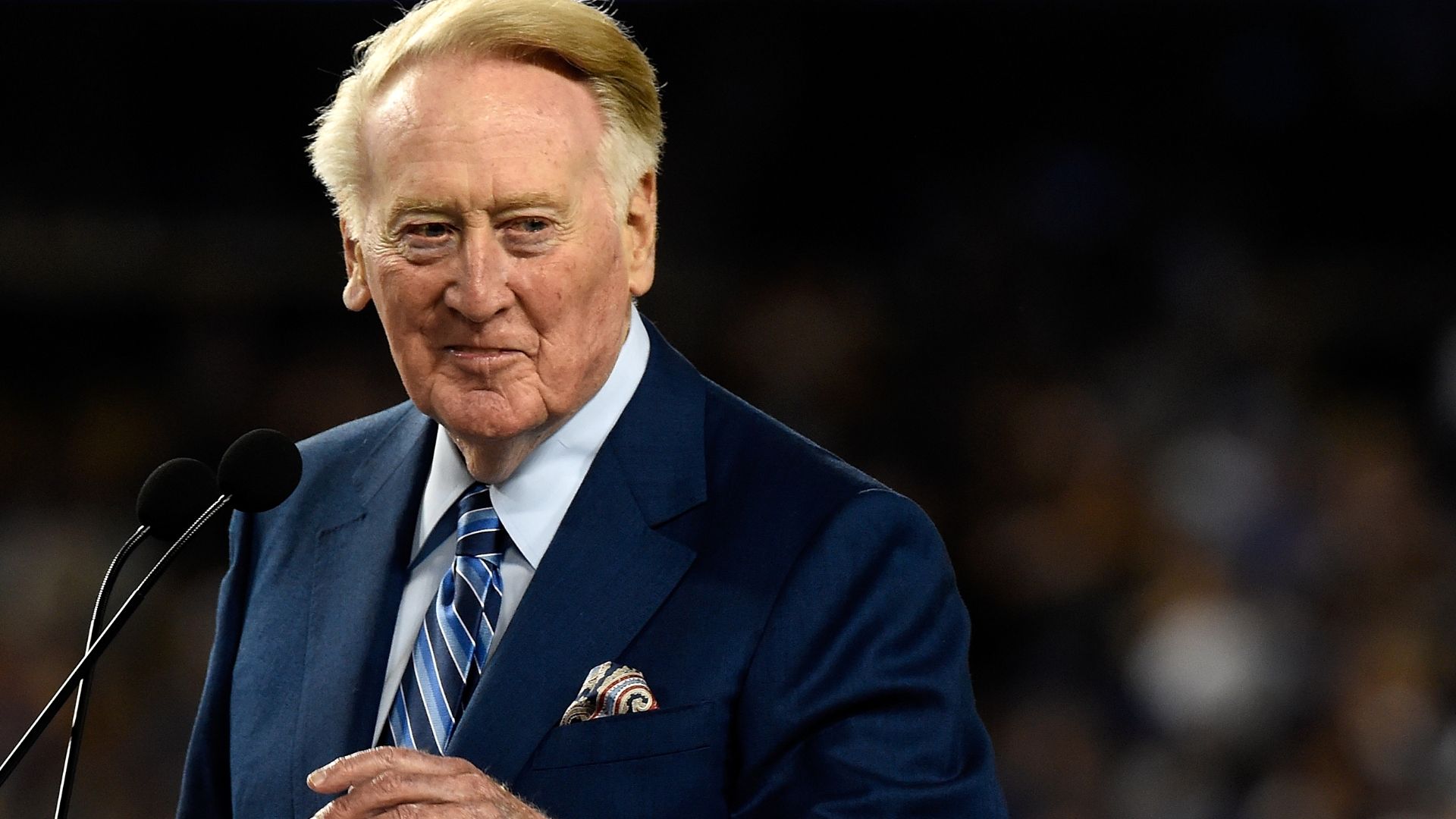