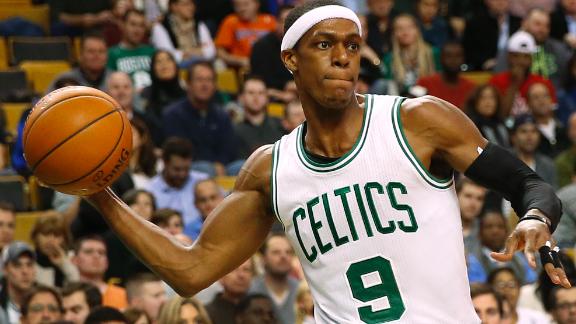 The Spurs, who lost in triple overtime to the Portland Trail Blazers on Friday night, announced that several key players would sit out Saturday's game in Dallas.

"The bottom line is, whoever they put out there, you've got to be ready to compete at a super high level for the entire game or you get embarrassed," Mavs coach Rick Carlisle said. "That's just the way it is."

Carlisle said all the players involved in the blockbuster deal that sent Rondo from Boston to Dallas have passed their physicals, so Rondo is cleared to play against the Spurs.

Carlisle On Rondo Deal
Marc Stein talks to Mavericks coach Rick Carlisle about the acquisition of Rajon Rondo and the challenges of bringing in such a high profile player this far into the season.

Rondo Introduced In Dallas
Rajon Rondo discusses joining the Dallas Mavericks and what he will bring to the team.

Cuban On The Addition Of Rondo
Mark Cuban stops by SportsCenter to discuss the Mavericks' trade for Rajon Rondo.