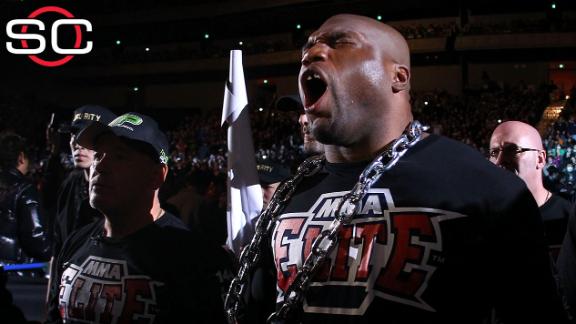 Quinton "Rampage" Jackson will compete after all at UFC 186 on Saturday in Montreal after winning an emergency appeal of a court-ordered injunction in the New Jersey Superior Court Appellate Division on Tuesday.


Jackson, 36, will fight Fabio Maldonado in the co-main event of the UFC pay-per-view, which will take place at Bell Centre. Originally scheduled to be contested at light heavyweight, the bout now will take place at a 215-pound catchweight.


"We are happy with the decision from the New Jersey court, allowing Rampage to fight in Montreal this Saturday night," White said. "I am looking forward to seeing Rampage back in the Octagon."


The bout was canceled earlier this month when Bellator MMA, Jackson's previous employer, successfully obtained an injunction to prevent Jackson from appearing in the UFC. Bellator has said Jackson is still under an exclusive contract with the promotion that he signed in January 2014. In December, Jackson announced he had legally terminated that deal due to multiple contract breaches by Bellator.


Shortly after Jackson received clearance to compete at UFC 186, Bellator released a statement to ESPN.com.


"We are gratified that the Appellate Division did not disturb part of the Chancery Division order enjoining Jackson, but are disappointed that they reversed the injunction as to the April 25 fight," the promotion said. "We continue to believe that Judge [Karen. L] Suter's decision was thorough, well-reasoned and correct and are evaluating options."


Court documents explaining why Jackson's appeal was granted were unavailable Tuesday evening. In granting the injunction April 7, Suter noted, "[Bellator] has shown a reasonable probability of success" in its argument that Jackson would breach his contract with Bellator if he were to fight in UFC 186.


Steve Bosse, who was tagged as a late replacement for Jackson against Maldonado, has been removed from the card but will be paid his show purse, according to a UFC official.