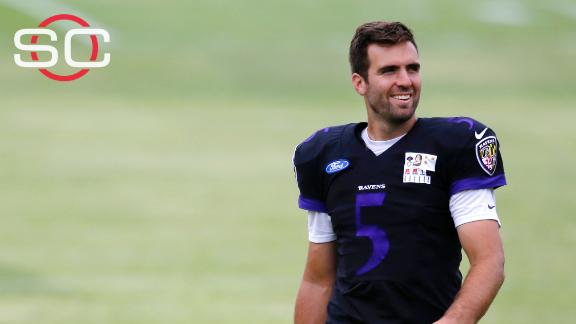 OWINGS MILLS, Md. -- Baltimore Ravens quarterback Joe Flacco is known for hanging out after training camp practice to give autographs to fans. On Tuesday, he received something special in return.

"You can tell how much it meant to him," Flacco said. "It's definitely really cool to see that raw excitement."

Flacco has supported Special Olympics since he joined the Ravens in 2008. He has filmed TV commercials for the organization and he has regularly appeared at the Polar Bear Plunge, its annual fundraiser.

"Everything they do is just so genuine," Flacco said. "You've got to love it. You can just tell how excited they are. They wear everything on their sleeve, and it's really refreshing to be around them."