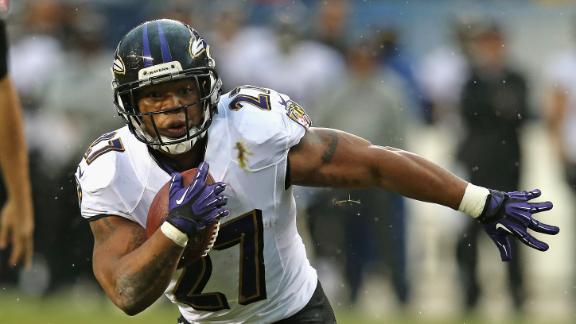 One of the chief arguments that Ray Rice will make in the appeal of his indefinite suspension is that the NFL extended his punishment on the basis of an edited videotape, sources told ESPN NFL Insider Adam Schefter.

Legal sources told Schefter that the TMZ tape of Rice hitting his then-fiancee was a cleaned-up, whittled down and condensed version of the events that took place in the Atlantic City casino elevator.

Rice's side is expected to argue that the NFL suspended the former Baltimore Ravens running back indefinitely off an edited videotape that was not the extended version.

Robert Mueller, who has been appointed by the NFL to investigate the league's handling of the Rice case, also is expected to have access to the contents of the full elevator security video, not just the edited TMZ version, according to sources.

The Ravens released Rice on Sept. 8 just hours after TMZ released the video of him punching Janay Palmer, who was knocked unconscious when her head hit a railing inside the elevator.

The NFL announced the indefinite suspension shortly after Rice's release, a far more severe penalty than the two-game suspension he had initially received in July.

The two-game ban drew widespread criticism of the NFL's policy on domestic violence, prompting the league to institute harsher penalties and for commissioner Roger Goodell to admit that he "didn't get it right" in a letter to team owners.