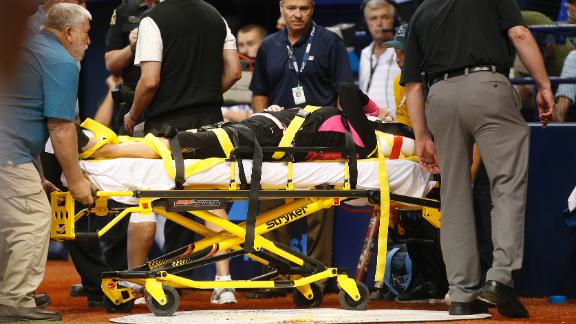 ST. PETERSBURG, Fla. -- A fan hit by a foul ball at Tropicana Field remained hospitalized in stable condition Saturday, one day after she was injured during a game between the Chicago White Sox and Tampa Bay Rays.

The woman, sitting in the lower box seats next to Tampa Bay's dugout on the first base side, was struck in the seventh inning Friday by a ball off the bat of Rays designated hitter Steven Souza Jr.

Souza went into the stands to check on her and said the ball hit her near the eye. The Rays said Saturday that the woman is in stable condition.

Souza said team officials have been providing him with updates after remaining in contact with the woman's husband.

"He's been positive," Souza said. "She's in stable condition. Obviously, he's pretty concerned for his wife. I'm hoping that everything goes well and that nothing serious is coming out."

The game was delayed about 12 minutes so the woman could receive medical treatment. She was removed from the stands on a stretcher that was brought to the on-deck circle.

The ball went through a small gap in the protective netting behind an area for photographers. Stadium workers were on the field Saturday adjusting the netting on both the first and third base sides.

"Having that hole there covered [is] probably a little peace of mind for the fans sitting there today," Souza said.

Souza said he will visit the woman in the hospital as soon as possible.

"Anything I can do to encourage her," Souza said. "I know if it was somebody in my family, I'd like that, so I'd like to do that for her."

The ball went through a gap in the netting that was about the size of 1 1/2 baseballs. The area was covered before Saturday's game.

"You don't want to see anybody get hit ever with a foul ball," Rays manager Kevin Cash said. "I know that was something freak that happened."

The primary home plate area screen at Tropicana Field ends at the start of the photo area. A second screen was installed this season behind the photo area. The ball got through a narrow opening.

"Our thoughts are with the injured fan and her family, and we wish her a complete recovery," the Rays said in a statement. "Steps have been taken to ensure this unfortunate incident will not be repeated."

After several fans were hurt by broken bats and foul balls last year, MLB announced in December recommendations to extend safety netting at its ballparks to the ends of both dugouts and anywhere within 70 feet of home plate.

Fan leaves Rays game after getting hit with ball
A fan leaves on a stretcher after being struck with a foul ball in the seventh inning of Chicago's 1-0 win over Tampa Bay on Friday. 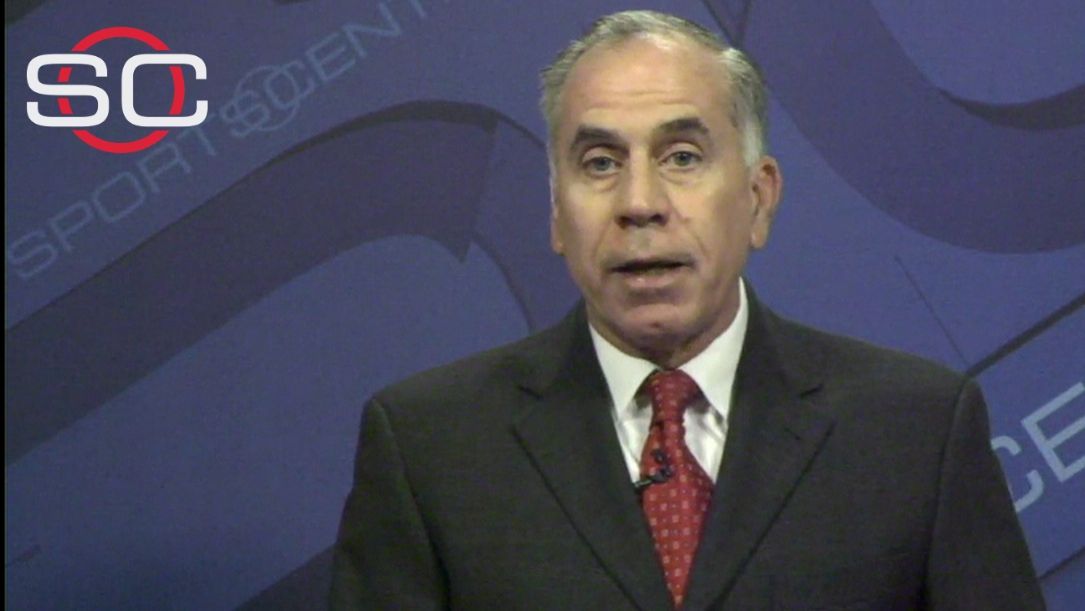