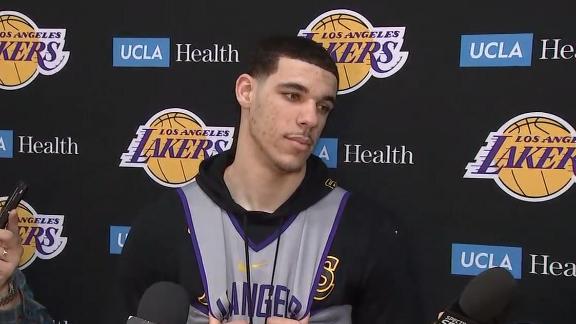 Players from more than 20 Division I men's basketball programs have been identified as possibly breaking NCAA rules through violations that were uncovered by the FBI's investigation into corruption in the sport, according to documents published by Yahoo! Sports.

The documents obtained by Yahoo! detail the work of former NBA agent Andy Miller and his agency, ASM Sports. Yahoo! reports that the documents -- which include paperwork from 2015 through 2017 -- show cash advances as well as entertainment and travel expenses paid for college prospects and their families.

ESPN previously reported that as many as three dozen Division I programs, including many of the sport's traditional powers, might be facing NCAA sanctions once the FBI releases information it acquired through its investigation. A source familiar with the investigation -- which includes more than 4,000 conversations intercepted through wiretaps and financial records, emails and other records seized from Miller's office -- had told ESPN's Mark Schlabach that many of the sport's top coaches and players might be implicated, calling Miller's records "the NCAA's worst nightmare."

Friday's report from Yahoo! begins to name the teams and players allegedly involved.

At least six players were identified in the documents as receiving payments exceeding $10,000. They include Dallas Mavericks point guard Dennis Smith Jr., who received $73,500 in loans from ASM before he played for NC State; Brooklyn Nets shooting guard Isaiah Whitehead, who received more than $37,000 around the time he was a freshman atSeton Hall; and 2017 No. 1 NBA draft pick Markelle Fultz, who received $10,000.

"These allegations, if true, point to systematic failures that must be fixed and fixed now if we want college sports in America," NCAA president Mark Emmert said in a statement Friday. "Simply put, people who engage in this kind of behavior have no place in college sports. They are an affront to all those who play by the rules."

Emmert noted that the formation of an independent Commission on College Basketballin October intended to provide recommendations on cleaning up the sport.

"With these latest allegations, it's clear this work is more important now than ever," the NCAA president said.

Utah athletic director Chris Hill agreed to those points in a statement Friday.

"Unethical agents have been an issue in college athletics -- particularly men's basketball and football -- for many years despite repeated educational efforts by the schools," Hill's statement said. "...Personally, I welcome the scrutiny on the sport of men's basketball because the behavior of some agents, along with reports of other illegal recruiting activities, is hurting the sport. Coach [Larry] Krystkowiak has a great deal of integrity and runs a clean program, but this situation shows there are areas outside a coach's control that need to be fixed."

Duke athletic director Kevin White issued a statement saying the university had reviewed the matter and found no eligibility issues related to the Yahoo! report.

"Duke has an uncompromising commitment to compliance in athletics," White's statement said. "That has not, and will not, change."

Wildcats coach John Calipari denied having any relationship with Miller or his associates, nor "utilized any agent ... to provide any financial benefits to a current or former Kentucky student-athlete." UK athletic director Mitch Barnhart and university president Eli Capilouto said there would be an internal review.

Seton Hall said it would conduct an internal review despite not having been contacted by investigators. LSU also said it hadn't been contacted by "federal, league or NCAA officials" but said an outside investigation "found the program in full compliance."

Regarding the report, Kansas coach Bill Self said, "We're hearing and learning about it for the first time." He added, "I do know for sure that we did not use Miller's agency for recruiting purposes or any purpose."

NC State athletic director Debbie Yow said the university dissociated itself from Miller in 2012, sending a 10-year dissociation letter to the agent and his businesses. The letter cited NCAA reports that indicated Miller worked closely with an AAU coach, which "creates a vulnerability" for the school "that we cannot tolerate."

Xavier coach Chris Mack, in a statement to Yahoo!, said he has no relationship with Miller or any of his associates.

"Beyond that, our staff has never created a path for him to foster a relationship with any of our student-athletes while enrolled at Xavier," Mack said. "Any suggestion that I or anyone on my staff utilized Andy Miller to provide even the slightest of financial benefits to a Xavier student-athlete is grossly misinformed."

The FBI has been investigating college basketball bribes and corruption for at least two years.

Last week, a federal judge in New York declined to dismiss criminal indictments against Adidas executives James Gatto and Merl Code, as well as Christian Dawkins, a runner who worked for Miller's ASM Sports. The men are among 10 people who werecharged with wire fraudin September after the government accused them of funneling money from Adidas to the families of high-profile recruits. Their trial is scheduled to begin Oct. 1.

Lawyers for two of the 10 defendants arrested in the federal cases told The Associated Press that it was inappropriate for Yahoo! to have the documents.

Bland is accused of receiving a $13,000 bribe for steering the team's players to an agent and financial adviser when they became professionals. Bland pleaded not guilty in November to charges related to bribery and wire fraud.

"An effort was clearly made to embarrass some defendants and cast aspersions on some current student-athletes whose only 'crime' may be that their relatives didn't reimburse an agent for a single steak dinner," Lichtman told the AP.

"In the most simple of legal terms; prove it," Haney told the AP in an email.

Last week, the U.S. Attorney's Office in New York dropped federal charges against Jonathan Brad Augustine, a former AAU director in Orlando, Florida, who had been accused of conspiring with the others to persuade two high school players to sign with Louisville and one with Miami. 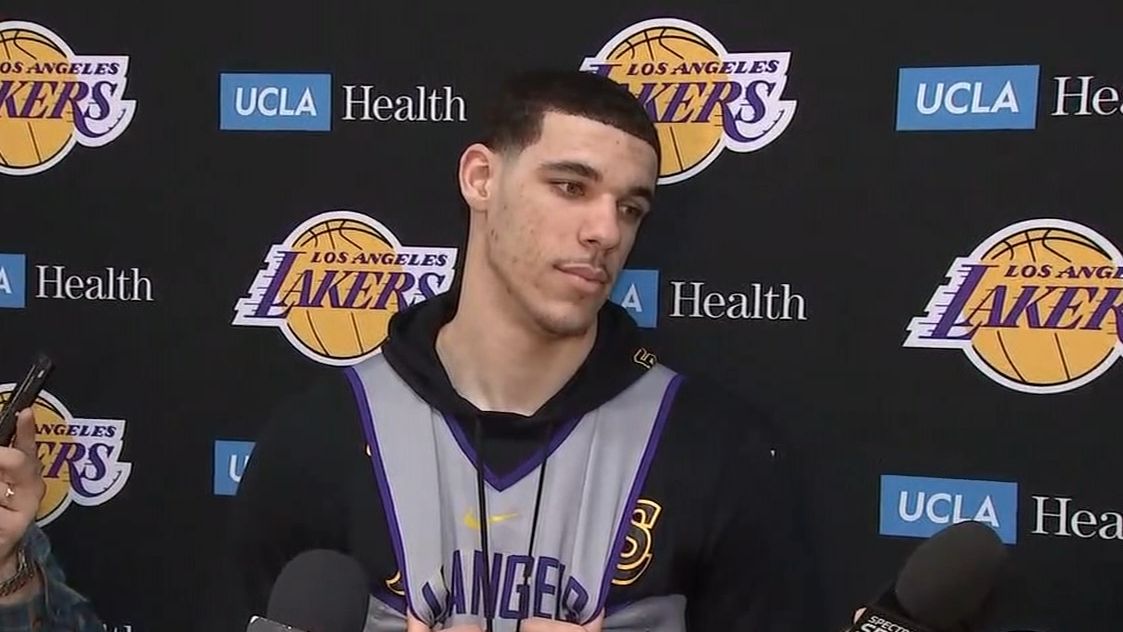 Lonzo on FBI investigation: 'Everybody is getting paid anyway'
Lonzo Ball doesn't back down when asked if college players should get paid in light of the FBI investigation into college basketball. 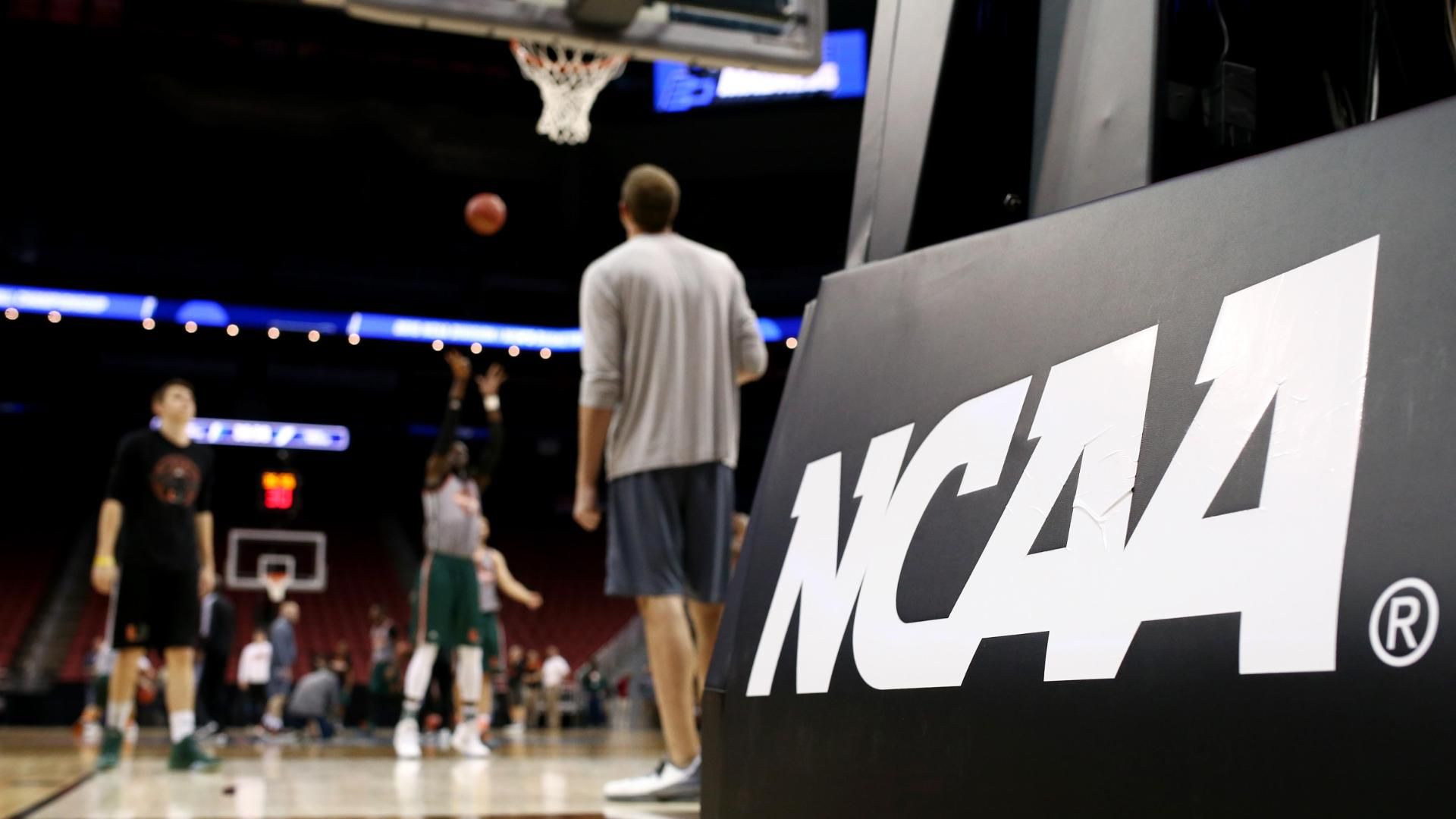