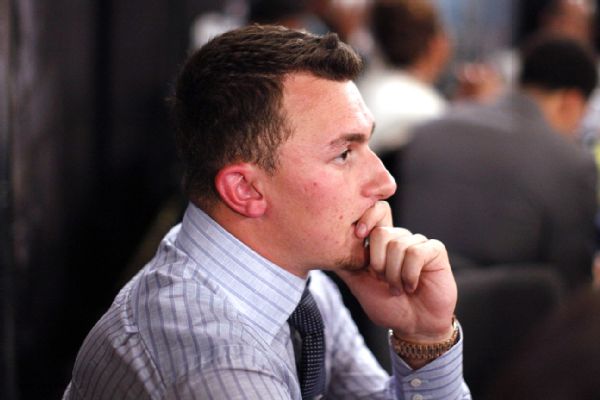 Authorities in Dallas said Tuesday they are looking into a report that Johnny Manziel was partying in the same Miami nightclub as his former girlfriend on New Year's Day.

TMZ.com reported that Manziel, 24, was seen at the LIV nightclub on Sunday in Miami, the same place his former girlfriend, Colleen Crowley, was seen with friends. Pictures of the quarterback partying with friends also were posted.

If true, Manziel might have violated the terms of an agreement he reached last month with prosecutors that would result in the dismissal of a domestic violence charge against him involving Crowley.

Manziel was accused of threatening and hitting Crowley during a dispute that began at a Dallas hotel in January 2016. He allegedly ruptured her eardrum in the incident. Manziel was charged with a misdemeanor, but the sides agreed in December that if Manziel could meet various conditions imposed on him for a year, the charge would be dropped.

Under the agreement, Manziel would be required to complete an anger management class, attend a violence victim impact panel and participate in the NFL's substance abuse program or something similar. In addition, he would not be allowed to have contact with Crowley.

It is not clear whether Manziel and Crowley actually had any contact at the club.

On Tuesday, Brittany Dunn, a spokeswoman for the Dallas County District Attorney's office, said officials were aware of the reports, adding "prosecutors are currently reviewing the information and case to ensure that he is compliant with his terms."

The domestic violence charge against Manziel carried a penalty of up to a year in jail and a $4,000 fine.