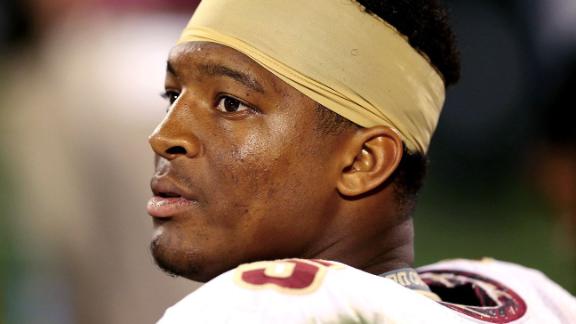 Winston, the reigning Heisman Trophy winner, faces as many as four student conduct code violations, including two related to sexual misconduct. The allegations stem from a December 2012 incident in which a former FSU student accused Winston of sexually assaulting her at his off-campus apartment in Tallahassee, Florida. The state attorney's office in Tallahassee chose not to pursue criminal charges against Winston after an investigation last December.

Harding's selection was first reported by WCTV in Tallahassee on Thursday.

Harding was selected over two other retired Florida Supreme Court justices, Joseph Hatchett and Charles T. Wells. Harding, 79, was a state Supreme Court justice from 1991 to 2000. A native of Charlotte, North Carolina, he is a graduate of Wake Forest and Virginia's law school. Harding, who is currently a practicing attorney with the law firm Ausley McMullen in Tallahassee, began his career as a jurist in Florida with a 1968 appointment as a Duval County Juvenile Court judge. When he was appointed to the state's Supreme Court, he was the dean of the Florida Judicial College and chair-elect of the Florida Conference of Circuit Judges, according to his bio on the law firm's website.

Earlier this month, FSU officials notified Winston of the upcoming hearing and the unusual process of having an independent observer conducting it. FSU officials proposed having one of the three retired jurists hear the case, and allowed Winston and his accuser to each strike one of the judges from consideration. According to people familiar with the selection process, the woman's attorney, John Clune of Boulder, Colorado, eliminated Hatchett from consideration, while Winston's attorney, David Cornwell of Atlanta, struck Wells.

Hatchett, 82, was the first black man appointed to a federal appeals court in the Deep South, by President Jimmy Carter in 1979. Wells, 75, a graduate of the University of Florida and UF law school, was the Florida Supreme Court's chief justice from 2000 to 2002. He presided over the 2000 U.S. presidential election recount cases involving the hanging chads on Florida's ballots.

It is unknown when Winston's student conduct code hearing will take place. Cornwell has raised concerns about FSU's hearing procedures, including the fact that an attorney can't speak on the charged student's behalf and issues related to evidence.