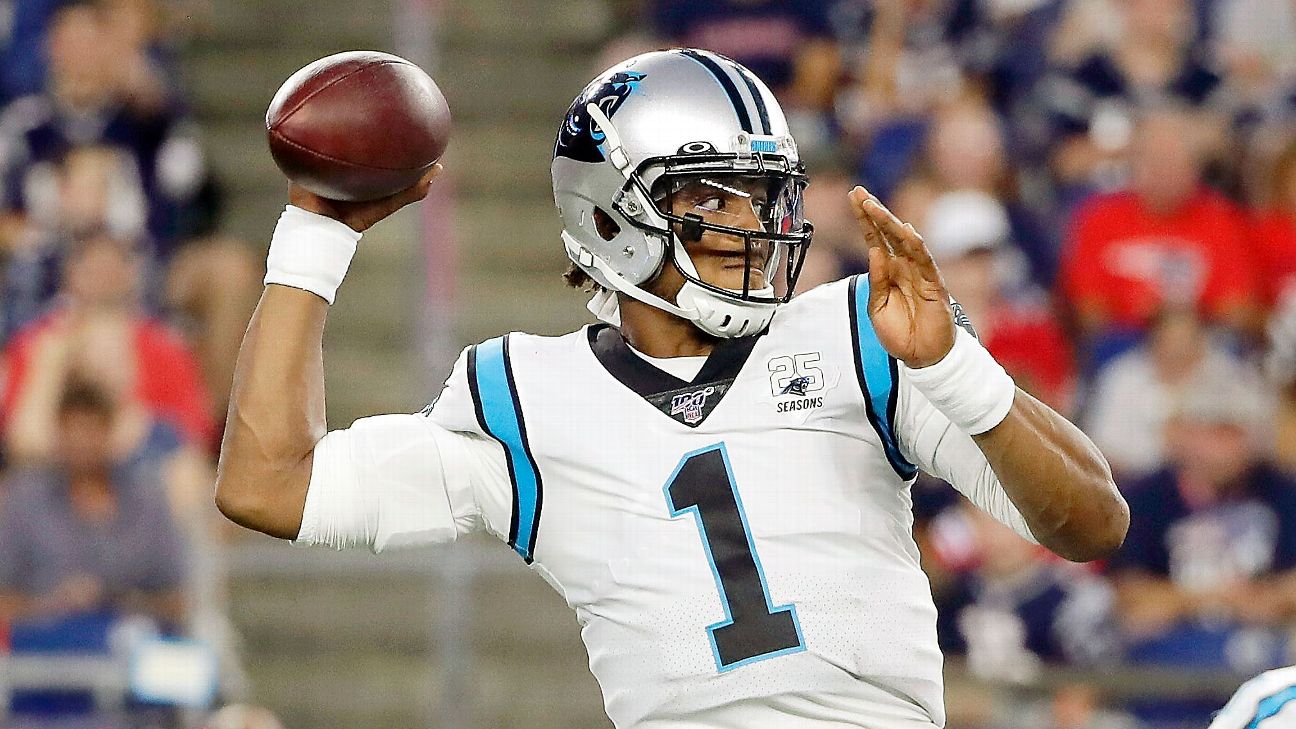 CHARLOTTE, N.C. -- Carolina Panthers coach Ron Rivera says there's "no doubt in my mind'' quarterback Cam Newton will be ready for the Sept. 8 opener against the Los Angeles Rams.

Newton suffered a sprained left foot in last Thursday's preseason game against the New England Patriots. X-rays came back negative and team officials have been "cautiously optimistic" that the 2015 NFL MVP would play in the opener.

Rivera on Tuesday was adamant Newton would be ready.

"No, there's no doubt in my mind,'' Rivera said while hosting an NFL Boot Camp as part of a USAA Salute to Service event. "Everything he's been doing, everything he's done, he's done exactly what he's needed to. We're at the point now where it's just a matter of time before we start our official prep for the Rams that he's back on the field.''

Newton was on the practice field for the second straight day, stretching and warming up with teammates. He threw on the side with trainer Ryan Vermillion, as he did on Monday, and put a little more stress on the foot in his throwing motion than he had.

He was again not wearing a walking boot, as he had been immediately after suffering the injury and the following day.

Neither Newton nor any of the starters will play in Thursday night's preseason finale against the Pittsburgh Steelers. After final cuts are made on Saturday, the team will begin preparing for the opener at Bank of America Stadium.
Report a correction or typo
Related topics:
sportsespnnflcarolina pantherscam newton
Copyright © 2020 ESPN Internet Ventures. All rights reserved.
More Videos
From CNN Newsource affiliates
TOP STORIES