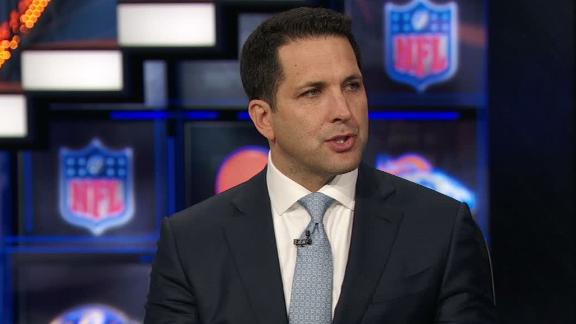 BEREA, Ohio -- Robert Griffin III has a fractured bone in his left shoulder and will miss at least the next eight games for the Cleveland Browns, the team announced Monday.

Griffin was placed on injured reserve; if he is designated as the team's player to return, he could return to practice in six weeks, but he must miss a minimum of eight games. Browns coach Hue Jackson was asked if Griffin is done for the season.

"No, I think he'll be designated for IR," Jackson said. "We'll get an opportunity to see where he is four weeks from now and go from there."

Though surgery is not immediately required on the fractured coracoid bone, the team said Griffin's shoulder will not be re-evaluated for three to four weeks. The earliest he could return would be Nov. 10 at Baltimore.

Jackson said the team is hopeful surgery will not be needed at all.

"But I don't think we'll know until we get an opportunity to evaluate him again," Jackson said.

Griffin will wait exactly four weeks before doctors are able to make more determinations about whether he will be able to play again this season, a source told ESPN's Jeff Darlington on Monday.

"The four-week checkup decides it all," a source said.

Griffin posted his feelings on Twitter on Monday afternoon:

Griffin hurt his left shoulder when he was tackled at the end of a run with 3 minutes, 41 seconds left and the Browns down 22-10 Sunday against the Eagles. Griffin scrambled from his end zone and took an angle toward the sidelines. Eagles cornerbackJalen Mills drove into Browns tight endGary Barnidge, then bounced off Barnidge and wound up at the sideline right where Griffin was heading out of bounds.

Griffin was criticized during his tenure with the Washington Redskins for not protecting himself, and Jackson had demanded he slide or go out of bounds in Cleveland. Jackson said Griffin was trying to go out of bounds on this particular play but the defender bounced off a block and wound up where Griffin was running.

"It wasn't as if he was trying to take on a defender during a scramble or anything like that," Jackson said. "It was just very unfortunate. These things happen in football, and we'll move forward."

Griffin said Sunday he did not see Mills and that he was trying to protect himself. Jackson said Mills was out of bounds on the tackle, but it seemed when he and Griffin first made contact that Mills was right on the edge of the sideline.

"I think [Griffin] was so close to the sideline that you would think you could run out and be OK," Jackson said. "I don't think he saw the guy at all until the very last second."

The hit was significant, and Griffin was checked on the sideline. At one point, trainers took Griffin's helmet away, but he convinced the medical staff he could return. He went back for the final three plays of the game, handing the ball off three times.

Griffin otherwise struggled in the opener, completing 12-of-26 for 190 yards with 0 touchdowns and 1 interception (on a tipped pass). The Browns had three drops and one bobbled catch, but 102 of Griffin's yards came on two deep passes. On other throws, he was 10-for-24 for 88 yards.

Griffin's injury puts Josh McCown back on the field. The Browns kept the 37-year-old McCown for this insurance. Griffin has had injuries throughout his NFL career, and when he runs, the risk increases.

Jackson said the Browns initially will go with the guys they have -- McCown and rookie Cody Kessler, with rookie Kevin Hogan of Stanford on the practice squad. Jackson quipped that his experience in Oakland in 2011, when he lost Jason Campbell taught him not to make a trade. That was the season the Raiders gave up first- and second-round picks for Carson Palmer, a trade that did not out well for them.

Cleveland will face Baltimore in Week 2 on Sunday.

McCown faced the Ravens twice last season, throwing for 457 yards in an overtime win in Baltimore and then completing 21-for-28 before breaking his collarbone in the infamous "Kick Six" game in Cleveland.

"I think you have to have quarterbacks on your football team that can play," Jackson said. "That's why we keep Josh here because he knows how to play and he's been in this league and understands our offense and what we're trying to accomplish.

"It's unfortunate that this happened to Robert, but it is comforting to know that we have a guy that has played in NFL games and knows how to manage games and play the game and play within our system."

Browns wide receiver Andrew Hawkins feels bad for Griffin but knows the team must move on.

"Super unfortunate. It's hard to take that fight out of an athlete that made his name being that type of competitor," he said of Griffin. "Going forward we will have full confidence in what Josh brings to the table. He's really been one of the leaders on our football team and we don't anticipate a drop-off."

Information from ESPN's Josina Anderson was used in this report. 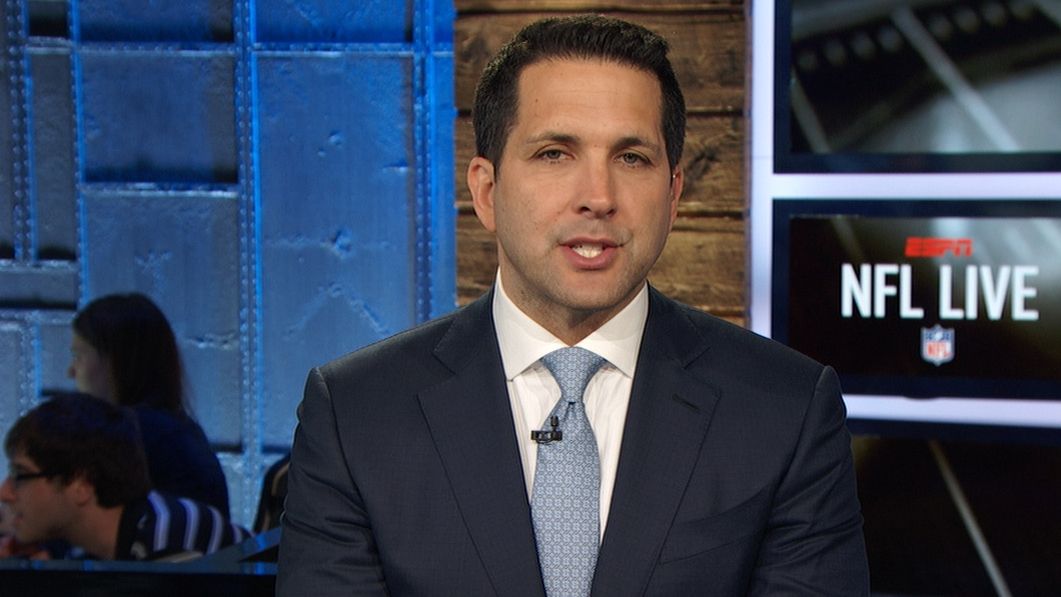