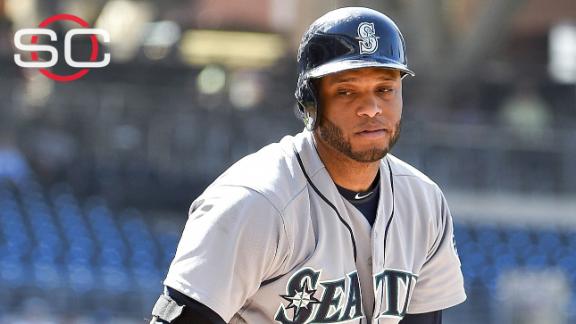 Seattle Mariners second baseman Robinson Cano, who has been mired in a slump for most of the season, said he's been battling a stomach ailment since last August.

Cano, in an interview with USA Today Sports, said he was diagnosed with a parasite and treated it with antibiotics, but he is still bothered by acid reflux.

"It still affects me,'' Cano told USA Today Sports. "Sometimes you drink water and it makes you feel like vomiting. I can't eat the same way I did. It's hard to deal with, especially being the first time this has happened to me. Sometimes I eat only once a day before playing, because I feel full. And you just don't have the same energy.''

The 32-year-old Cano said he's no longer eating red meat in an effort to combat the issue, but "sometimes I play without any strength or energy, but you have to play, give the best of yourself."

Cano finished fifth in the AL MVP voting last season -- his first with the Mariners after signing a 10-year, $240 million contract. His batting average has dipped to .248 with only five home runs and 27 RBIs this season; he hit .314 for Seattle last season with 14 home runs, 82 RBIs and a .382 on-base percentage.

In addition to the ailment, Cano told the paper that he's still also grieving the loss of his grandfather, who died of lung cancer in March.

"He was my No. 1 fan,'' Cano told USA Today Sports. "If he were alive now, he would call me and say, 'Hey, what's going on? Last year you had better numbers. What's happening? Are you OK?'''