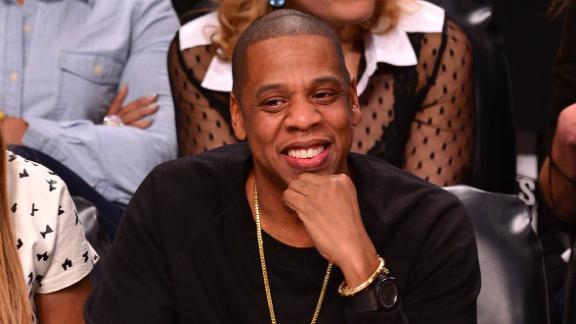 Music superstar Jay Z's Roc Nation Sports, which announced its entrance into boxing promotion in August, is set to put on its first card.

The company announced Tuesday that it has reached an agreement for three cards to be televised on Fox Sports 1, with the first card of the series -- given the name "throne boxing" by Jay Z -- set for Jan. 9 at the Theater at Madison Square Garden in New York.

"All of us at Roc Nation Sports are thrilled to announce our first boxing event along with our first series and television deal," said David Itskowitch, the chief operating officer of Roc Nation Sports' boxing division. "An evening of exciting fights, great music and fantastic entertainment will be a fitting way to kick off Throne Boxing, a series that will stand alone on the boxing landscape."

The card will be headlined by welterweight prospect Dusty Hernandez-Harrison (24-0, 13 KOs), of Washington, D.C., squaring off with Long Island's Tommy Rainone (22-5-1, 4 KOs), of Plainview, New York, in a scheduled 10-round bout. The rest of the card has not been announced.

"We feel it's a good competitive fight between an up-and-coming prospect against a guy fighting in his hometown who comes to fight," Itskowitch said.

The dates and venues for the other two shows, which are time buys on the network, have not been set, although Itskowitch said Roc Nation Sports hopes to put them on in the first half of 2015 and is looking at venues in Las Vegas and Los Angeles.

In addition to the fights on Jan. 9, of which $1 from each ticket sold will be donated to the Muhammad Ali Center, Roc Nation Sports said there will also be live performances by Roc Nation artists still to be announced.

"Madison Square Garden is looking forward to teaming up with Roc Nation for their first-ever boxing event," said Joel Fisher, executive vice president of MSG Sports. "The Theater at Madison Square Garden provides a great setting for fans to watch boxing and entertainment all under one roof."

Itskowitch, the former COO of Golden Boy Promotions, joined Roc Nation Sports as it entered boxing in August and has been eager to get to work on a show.

"I'm very excited about this deal because I do events. Until I'm doing events, I'm not really satisfied," he said. "I now have a date, a network, a venue and a main event, and we're ready to go. I'm tired of being asked what we're working on. Now we have something with these shows, and to have our first one at Madison Square Garden is special. We want to do things big. It's a basic cable television show, but we will amp this up. It's at the Garden, it's in New York, and we will have Michael Buffer as the ring announcer. To have our first show in New York is a great thing."

Besides the three-fight deal with Fox Sports 1, Roc Nation Sports is on the verge of finalizing a deal to buy promoter Gary Shaw's company, Gary Shaw Productions, according to multiple sources. That deal could be finalized as soon as this week, although Shaw and Roc Nation officials declined to comment.

If the deal is completed, Shaw, with decades of experience, would come to work for Roc Nation Sports and the company would take over the promotional agreements of his fighters. To date, Roc Nation Sports has not announced the signing of any fighters -- although a deal with Hernandez-Harrison is in the works.

Perez is scheduled to defend his belt against Jonathan Maicelo on the ESPN2 "Friday Night Fights" season debut, which happens to be Jan. 9, meaning Roc Nation Sports could be promoting two cards on the same night opposite each other on competing networks.

Roc Nation Sports intended to put on its first show in November after winning a purse bid for the mandatory fight between middleweight titlist Peter Quillin and Matt Korobov in mid-August. However, rather than face Korobov, Quillin vacated the title on the direction of manager Al Haymon, whose bad blood with Jay Z and his wife, Beyonce, dates to his days in the music business, and the card never took place.

Roc Nation Sports has also been rebuffed in its efforts to sign heavyweight contender Deontay Wilder and interim welterweight titleholder Keith Thurman to multimillion-dollar contracts. Neither is signed to a promoter, but both are managed by Haymon and neither accepted the offer.